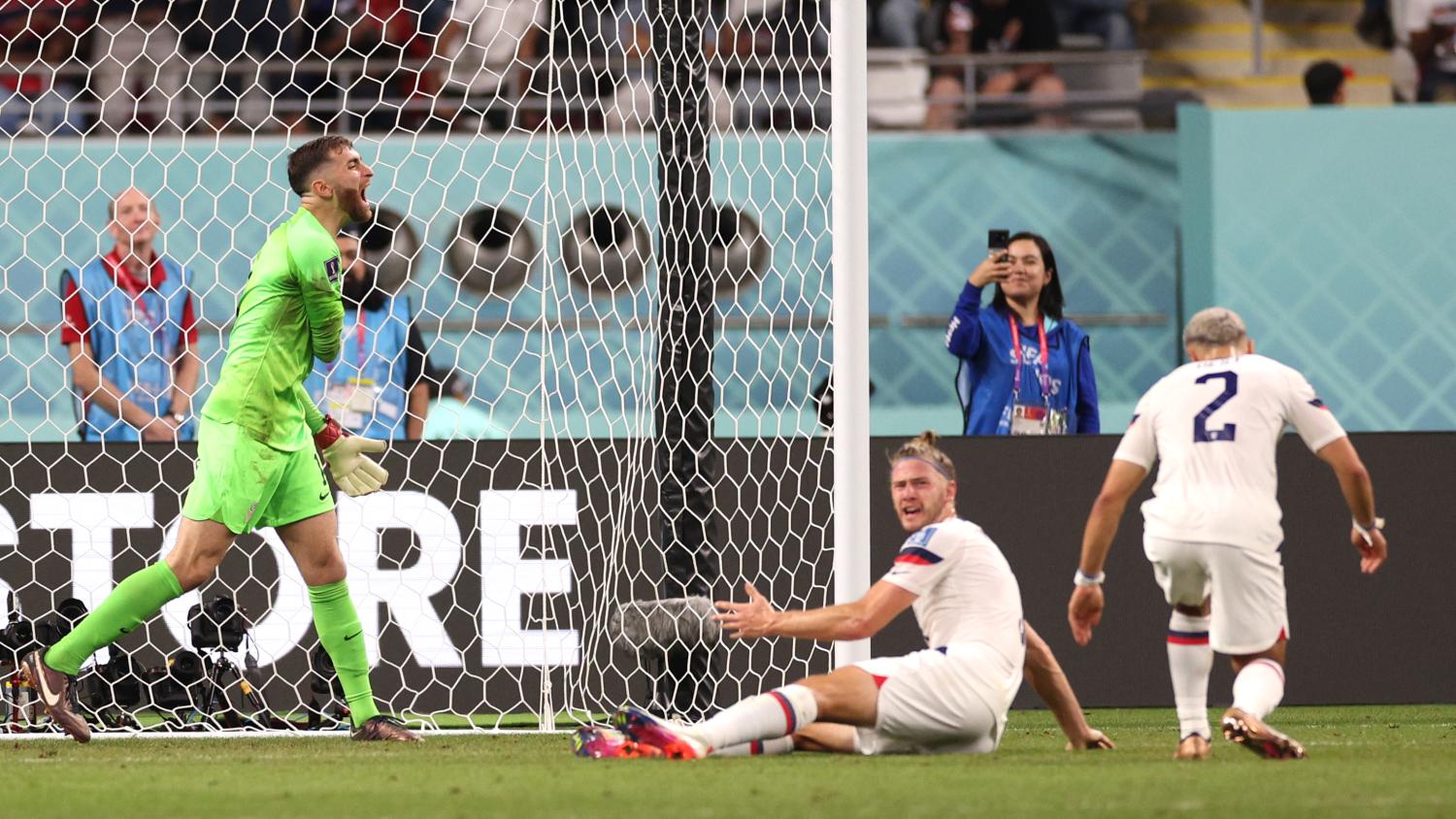 The game isn't all passion and commitment; it's a sweet science.
Getty Images

For those who count Brilliant Orange: The Neurotic Genius of Dutch Soccer among their favorite books, the 2010 duo of Wesley Sneijder-Mark van Bommel among their favorite midfield pairings and videos of of Johan Cruyff and Johan Neeskens among their most visited on YouTube, watching the United States take nearly 65 percent possession off the Netherlands while completing almost twice as many passes in the first-half of a World Cup knockout match was a dream state.

If Brazil or Spain had copied this sort of Dutch approach, it would've been considered national heresy. But Louis van Gaal is above such criticism and the Netherlands had a 2-0 halftime lead over the USA in Saturday's last-16 game.

Prior to Saturday's Round of 16 showdown between the Dutch and USMNT, the 71-year-old Holland boss had identified the difficulty in playing a "fanatical" U.S. side that could potentially out-run, out-tackle and out-hustle the Oranje.

So Van Gaal brilliantly instructed his team to allow the United States to do just that while patiently waiting for opportunities to absolutely mince an overly-committed American side going the other way, especially out wide.

Being one of the youngest teams at the tournament is a great rallying cry, but it counts for very little when its a 32-year-old fullback driving the nail in your coffin.

U.S. manager Berhalter had been criticized for his substitutions, but his starting lineups in Qatar had all delivered without fail.

Then Berhalter fell directly into Van Gaal's trap. Historically speaking, it's absolutely insane that the United States out-possessed Holland 59% to 41% — 569 passes to 415 — over 90 minutes in the knockout rounds of a World Cup. That's entirely against the traditional school of football.

But Van Gaal wanted it just like that, and the Netherlands torched the USA on goals in the 10th and 45th minutes. The U.S. midfield had been energetic, combative ("fanatical" Van Gaal said), but the Dutch said 'fine, beat us by producing the final pass.'

The Dutch, like Wales, weren't worried about Walker Zimmerman's distribution. Jesús Ferreira was the wrong choice at striker, Tim Weah wasn't the right winger and why is Luca de la Torre even in the squad if not for this sort of appearance?

THE @USMNT TAKES ONE BACK pic.twitter.com/ZaxPsw2pNU

"The USMNT didn't adapt, they didn't adjust," Van Gaal said after the game.

Born in Almere, Netherlands, Dest looked incredibly sharp in the first-half going forward and clearly had a point to prove. He had Daley Blind in a shell and was forcing Frenkie de Jong into a place among the Dutch backline. Then, just before halftime, Blind caught Dest napping for Holland's second. After a great defensive performance against Iran, here was Dest's lackadaisical marking returning at the most inopportune time.

The Netherlands make it two!

In the final seconds of the first half, Daley Blind makes it 2-0 pic.twitter.com/pZThbgnKUK

Dest was hooked for DeAndre Yedlin in the 75th.

After the U.S. pulled one back in the 76th, it was Robinson's turn for a defensive calamity in the 81st. He must've been exhausted because he was entirely unaware of Denzel Dumfries' presence at the back post.

The Netherlands scores a third!

Netherlands now leads the USMNT 3-1 late in the second half pic.twitter.com/HsmcVco9V2

The intense "verticality" of the U.S.

Weah, Pulisic, McKennie and Adams are all players that delight in transition. The Dutch nullified that in a low block, and then when they took possession they diced those open spaces going the other way.

Adams really felt the pain of that on Holland's opener.

McKennie and Weah weren't able to find any joy on the break, and Pulisic's match will be nightmare fuel for the 24-year-old.

What a CHANCE for the @USMNT!

The USMNT is knocking early against the Netherlands pic.twitter.com/PMuZwBYJuM

The U.S. ends its 2022 World Cup without a multi-goal game. They should've had at least two on Saturday.

The United States are out. The Netherlands await the winner of Argentina-Australia. Berhalter's contract becomes the main talking point at U.S. Soccer, but I'm endorsing Zinedine Zidane right now.