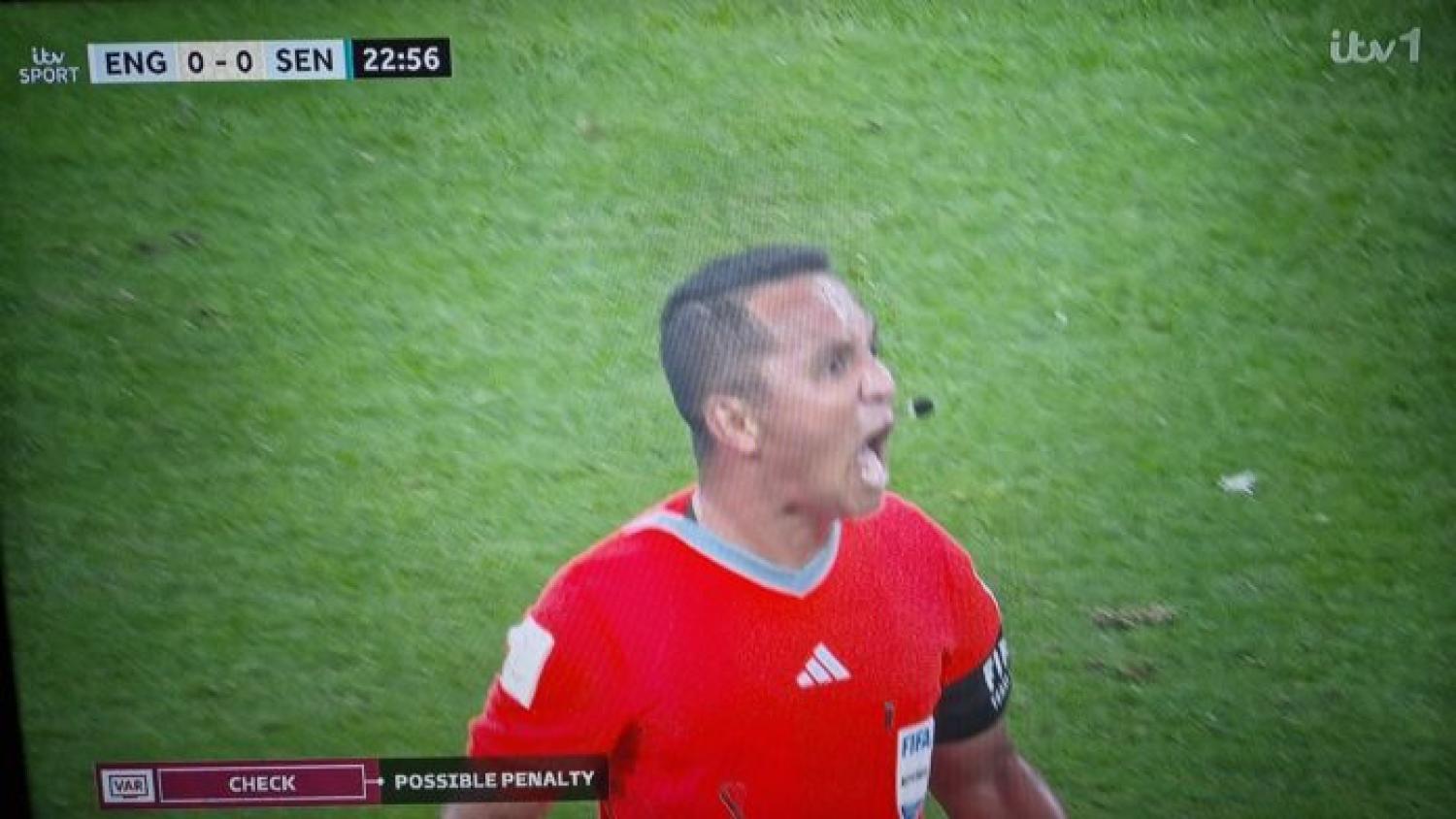 Concacaf might be out of the tournament but we still demand your respect.
The18

I feel like England vs. Senegal referee Iván Barton was all of us at home in the 23rd minute of Sunday's Round of 16 match. This was our 52nd match of a 64-game World Cup. We've all experienced a little burnout and grown a little irritable over the last two weeks. We don't have time for this; not now.

So when Senegal came hollering for a penalty on a perceived England handball that didn't exist, the 31-year-old Barton confirmed the call with the VAR and we played on.

That should be enough for grown men, but Senegal kept berating Barton. As a professor of organic chemistry at the University of El Salvador, Barton is probably used to more civil discourse, but he also has Gold Cup experience and clearly knows when to flip the switch from "good teacher" to "bad teacher."

Iván Barton tells everyone to shut up

Never seen a referee go from smiling to telling someone to shut up in 5 seconds pic.twitter.com/iFI5mMwVcg

Give him the final. Concacaf deserves it after all the pain we've experienced in Qatar.