Seeing the Messi kids hugging each other after daddy's goal vs. Australia will melt your heart 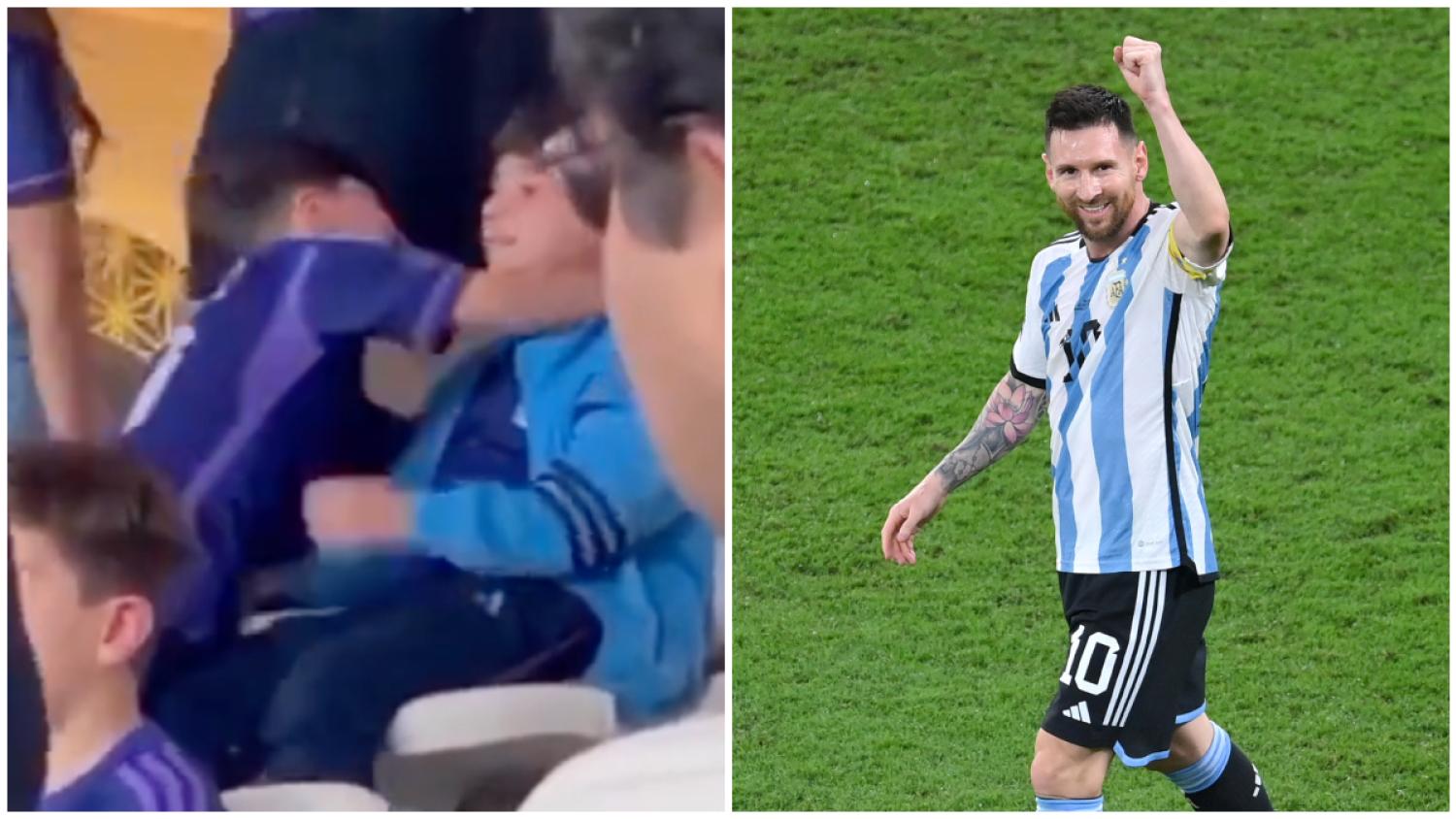 The uplifting content you didn't know you needed.
Getty Images

"From the very beginning, from kick-off to the final whistle, I'm thinking of my children," confessed the Argentine star after defeating Australia and qualifying for the quarterfinals against the Netherlands.

Thiago (10 years old), Mateo (7) and Ciro (4) were all witnesses of the game, supporting his dad from the stands, celebrating the goal he scored and also providing the world with one the most tender moments of the tournament.

After seeing Messi score against Australia and a kiss from mom, Antonella Roccuzzo, Mateo and Ciro looked at each other before expressing their joy in a cute hug.

"They're growing older. They understand better what's going on and enjoy it more," said Messi in a press conference. "They are living it from the inside and for me, it is something spectacular."

Argentine broadcaster TyC Sports went further and showed Messi a clip of his wife and children celebrating the goal. After being questioned about his feelings and a few seconds of silence, the star finally opened up.

Since Messi is staying focused on the tournament with his teammates, family time has been scarce. However, this Sunday coach Lionel Scaloni allowed some time off for the players and the Messis got together and shared a picture of the encounter on social media.