10 coaches for the USMNT to consider who aren't Gregg Berhalter 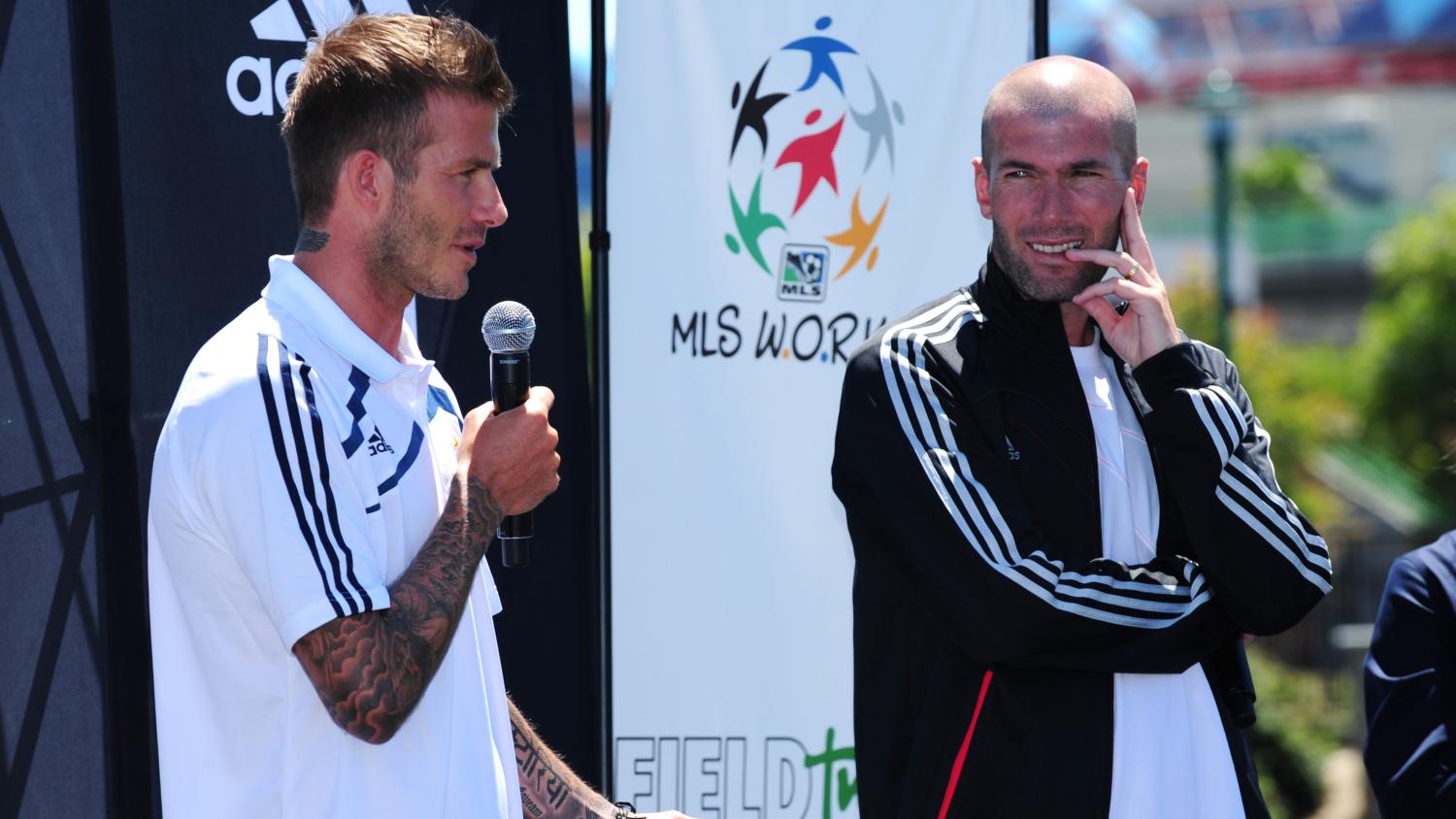 Better to leave a hero than stick around long enough to become the villain.
Getty Images

Wednesday's news is that the search for the next USMNT coach could be a short one — Gregg Berhalter and U.S. Soccer have opened discussions on a new contract with the manager's current deal expiring at the end of the year.

The reasons for the extension are clear. Berhalter is the best American candidate after taking charge of the program at its darkest hour and, with an emerging golden generation at his disposal, quickly becoming one of the winningest USMNT coaches of all-time while reaching the World Cup Round of 16.

The reasons for going a new direction are a little more hypothetical. Berhalter was taught a lesson in adaptability by Louis van Gaal in the last-16, his substitutions were maddening and the Yanks were cardiac kids against both Wales and Iran.

And, perhaps most importantly, extending beyond the normal four-year cycle is an act that many players, coaches and federations view as a bad idea, especially if your World Cup didn't end in the semifinals or final.

U.S. Soccer, of course, doesn't abide by this logic and has watched on in horror as Bruce Arena, Bob Bradley and Jürgen Klinsmann all failed to repeat the magic of their first cycle.

That being said, as was the case with Bradley, the federation could also renew Berhalter's contract now and then act quickly if, for example, the USMNT gets to play in the 2024 Copa América and bombs. If Berhalter leads a good Copa challenge then you wouldn't want anyone else in charge, but getting a big name in the position two years before the 2026 World Cup kicks off wouldn't be a bad route to take either.

It's also worth noting that Berhalter is considering his club options in Europe right now. His stock has never been higher, and it could be the perfect moment for Berhalter to land a job much, much bigger than Hammarby IF. He'd also be doing his country a great service here: We absolutely need more coaches finding success abroad.

So if Berhalter goes, who should replace him?

Why it would work: There's going to be an immense amount of pressure on USMNT players on home soil, and the best way to counteract that is to get a coach whose profile puts all the focus and attention on him. There is no better option than Zizou.

And how does this sound to U.S. supporters: a coach with incredible tactical flexibility who doesn't get weighed down by systems and instead finds the best ways to get the most out of the talent at his disposal. Then, if things don't go well, his in-game substitutions are the stuff of legend.

Why it won't: He's probably going to take over from Didier Deschamps as the next France manager. That's the only reason this wouldn't work, otherwise the USMNT gets its first star above the badge.

Why it would work: Jesse Marsch's early success at Leeds United has been about building on Bielsa's work. The American didn't want to lose the exciting qualities that the Argentine imposed at Elland Road, and Marsch also identified the high-energy styles of Tyler Adams and Brenden Aaronson as perfect for the philosophy.

Van Gaal described the strength of the USMNT as being "very fanatical and sharp on the ball," and those are the exact qualities Bielsa is looking for. He also got 17 Premier League goals out of Patrick Bamford, so I think Bielsa can definitely get one of our strikers firing.

Why it won't: The 67-year-old is on the radar of a few Premier League clubs after his stint with Leeds. Although Bielsa was reportedly interested in the job back in 2016, U.S. Soccer clearly wasn't interested in a man who's a notorious control freak and who could potentially only last two days before storming out of the job.

Why it would work: Pochettino recently said he'd be interested in an international job. His high-pressing, attacking football is the stuff we dreamed of Berhalter delivering. At Espanyol, Southampton and Tottenham, Pochettino built a reputation for turning young talent into world-class players.

Why it won't: He's being rumored as the next manager of either England or Real Madrid. We can't compete with that.

Why it would work: The three-time South American Coach of the Year is unemployed after stepping down following eight hugely successful years as River Plate manager, and you know he has unfinished business in the United States after being a massive flop as a D.C. United Designated Player.

Why it won't: He's wanted by Mexico and also seen as the ideal successor to Diego Simeone at Atlético Madrid.

Why it would work: Cherundolo is kind of like Berhalter 2.0. Berhalter was an early trailblazer for Americans abroad, but Cherundolo was so successful in Germany that he earned the nickname "the Mayor of Hannover." Berhalter had a great international career with 44 caps, Cherundolo had an even better one with 87. Berhalter had success as manager of the Columbus Crew in MLS, Cherundolo won MLS Cup with LAFC.

So logically, if Berhalter brought us to the Round of 16, Cherundolo gets us to the quarterfinals or beyond.

Why it won't: Hiring him right now really wouldn't make sense. He cut his teeth as an assistant and youth coach, but Cherundolo's just getting started as a senior manager. Personally, I hope he gets a good opportunity in Germany soon.

Why it would work: He's got his critics, but you don't have to listen to the polyglot long to understand his rapid ascent in management and why he commands so much respect from his peers.

Why it won't: Christian Pulisic would never play for the national team again.

Why it would work: When Weston McKennie arrived at Schalke, Tedesco gave him plenty of playing time in a variety of positions. McKennie says a lot of his rapid development at Arena AufSchalke was down to Tedesco, and the Italian-German manager is currently without work after a short stint at RB Leipzig that included a DFB-Pokal triumph.

Why it would work: Let's be real. This isn't FIFA 23 — our young guys aren't going to gain +2 overall skill each year on a frictionless development path to the 2026 World Cup. Don't be surprised if a couple of the guys slated for greatness are back in MLS in four years. See what I'm doing? I'm being pragmatic, and no one does pragmatism better than Rafa. He got DeAndre Yedlin thinking defense first.

Are we going to "change the way the world views American soccer?" Not in an aesthetically pleasing way, but they'll sure as hell see us differently when we lift the trophy after grinding out results and winning the final in a shootout after 120 scoreless minutes.

Why it won't: His profile has cooled after failing in the Chinese Super League and at Everton. We might not want to adopt the 5-4-1 with our golden generation.

Why it would work: If you lead an MLS team to the Concacaf Champions League crown, you get a crack at the national team. Those are the rules. In a league that prides itself on parity, making MLS Cup four out of the last seven years isn't bad either.

Why it won't: He's not a sexy option, especially when you consider the man coming up next.

Why it would work: A two-time AFCON champion, three-time CAF Coach of the Year and engineer of one of the World Cup's greatest upsets (Saudi Arabia 2 - 1 Argentina), Renard and his white shirt could absolutely transform the fortunes of the USMNT.

Why it won't: Saudi Arabia handed him a contract through 2027 that includes Saudi Arabia levels of money. Damn.