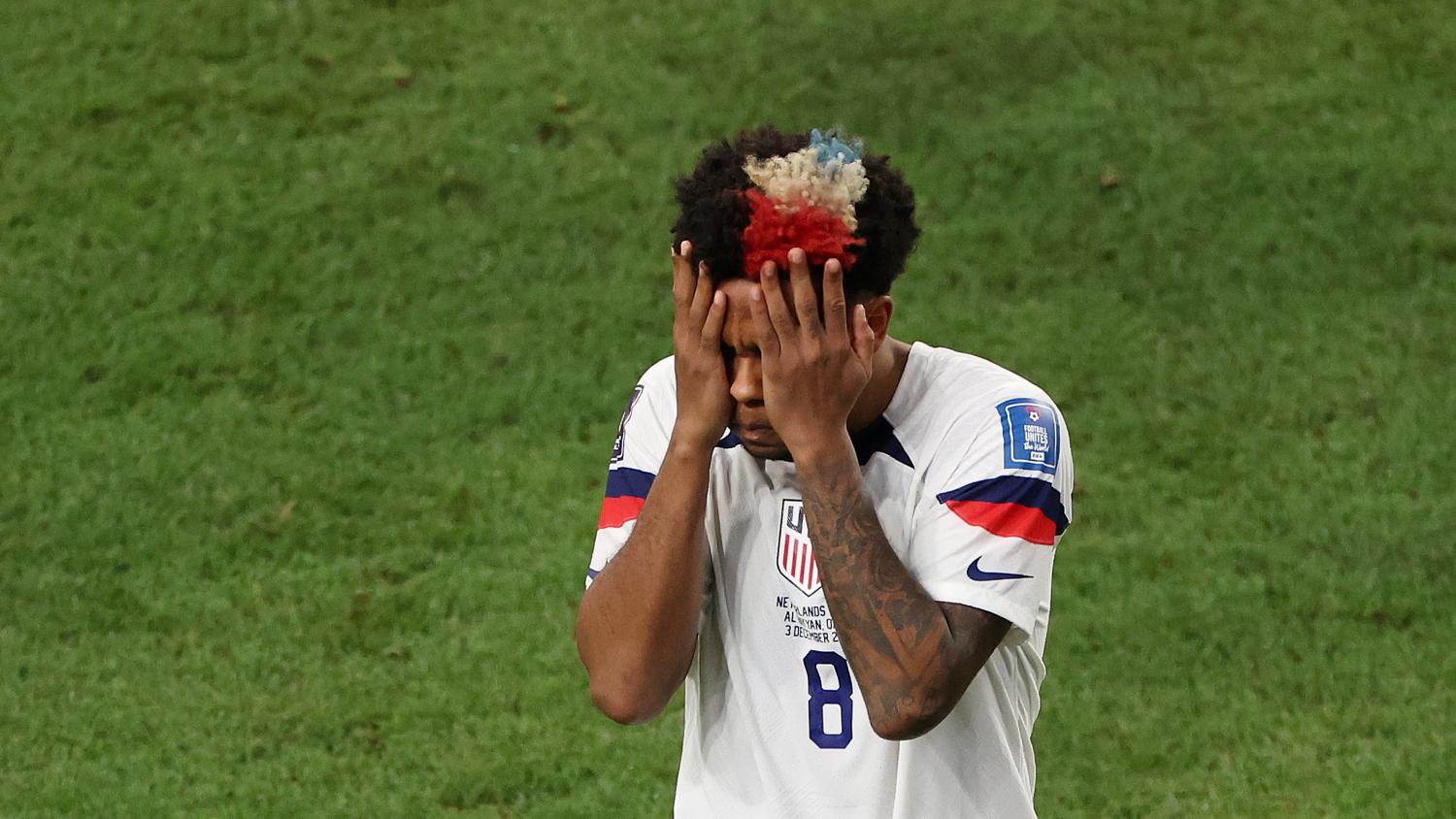 Concacaf was statistically the worst confederation at the World Cup.
Getty Images

After the Round of 16 there are no teams from Concacaf still competing at the 2022 FIFA World Cup. Of the five confederations that competed in Qatar, Concacaf had the lowest number of victories with a measly three. None of the four teams finished with a winning record.

The gradebook is coming with full force Concacaf, and it’s not pretty. Here are the 2022 Concacaf World Cup grades.

Concacaf has always had at least one team advance to the knockout stages ever since the World Cup format changed in 1986. This World Cup was the second in-a-row where the streak almost ended with only one Concacaf team advancing out of the group stage.

Qatar 2022 wasn’t kind to the North American region. Concacaf had the worst record of all the regions with three wins, three draws and seven losses averaging 0.75 wins per team. The next confederation with a win rate that low was Asia (AFC) with 1.1 wins per team, but still had a record three teams advance to the Round of 16.

Someone has to be the worst and it was Concacaf by a long shot.

Now onto each team.

It feels generous to give a B to a team that only managed to score three goals at the World Cup. A closer look at the results explains the high grade.

The USA ultimately fell at the dreaded Round of 16 hurdle again. Overall, the goal for this young American team was to get out of the group stage and that mission was accomplished.

Along the way Gregg Berhalter’s team was the only one out of 32 not to concede a goal from open play during the group stage. England has been a monster in Qatar scoring 12 goals in the team's other three games so far. To shut out and honestly be the better team against the Three Lions is a remarkable accomplishment.

This team did alright, and for that they get a B.

THE @USMNT TAKES THE LEAD

Is he seriously giving Costa Rica a better grade than Mexico? Yes, yes I am.

The expectations for the Ticos weren’t all that high coming into the tournament. An aging squad of years past was thrown into the group of death with three high profile teams. The 7-0 opening defeat to Spain looked like a brutal foreshadowing of the next two games.

In my initial Concacaf grades I recommended the Ticos sneak out of Qatar and just go back to Costa Rica. Instead of rolling over and quitting they recorded a remarkable victory vs. Japan to keep their World Cup dreams alive.

COSTA RICA HAS SCORED ITS FIRST GOAL OF THE 2022 FIFA WORLD CUP pic.twitter.com/PMZ2GFTI7k

For three glorious minutes Costa Rica was qualified for the knockout stages as they held a late lead against Germany during their final game. Three more minutes than Mexico can claim.

As it stands, Costa Rica is moving on to the knockout stage and both Spain and Germany are eliminated! pic.twitter.com/YY1uYb40jm

Costa Rica showed so much heart in Qatar and get a C- for their effort.

Mexico’s train wreck of a World Cup didn’t come as a surprise. Tata Martino wasn’t getting enough out of limited talent, and it ultimately ended up in a group stage exit. There was a lot that went wrong.

Not scoring a goal until the 167th minute of your tournament is a good way to get yourself eliminated. There was no offensive spark in this Mexico side and the late push for a shocking group stage escape fell short.

After Canada’s narrow 1-0 defeat to Belgium, head coach John Herdman said that his team was “going to ‘F’ Croatia” in the next game. Little did Herdman know that the only F he would see is on his team’s report card.

Only one other team in the tournament finished with zero points and that was the walking ass-cavity disguised as Qatar’s national team. Canada narrowly beat out Qatar on goal difference with a negative 5 GD compared to the host’s negative 6.

Canada was a massive letdown. After topping the Concacaf World Cup qualifying table there were some expectations coming into the tournament. Getting out of the group was always going to be difficult, but failing to get a single point is worthy of nothing higher than an F.

If any Canada fans are reading this, I’ll leave you on a happy note.