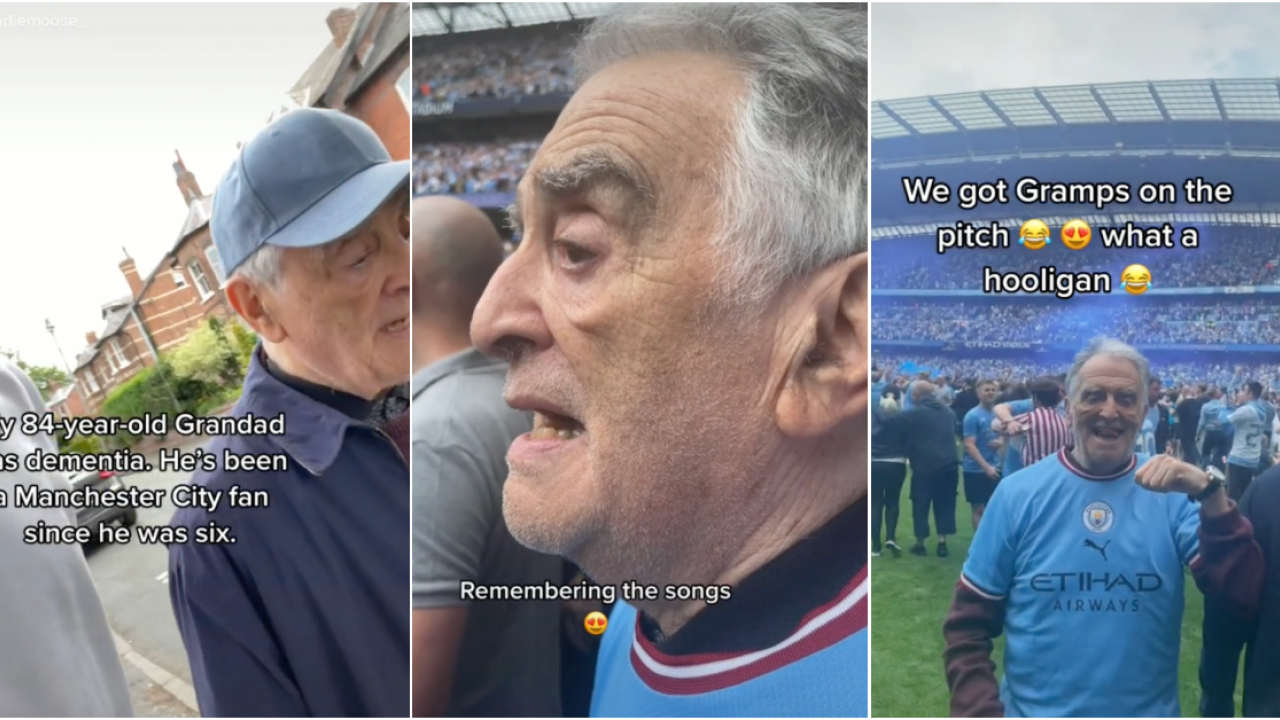 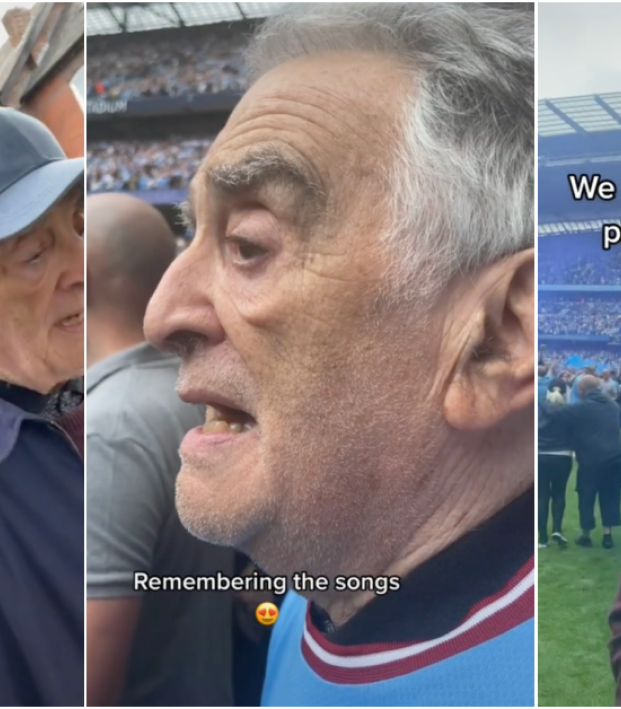 Move aside Gallagher brothers, Barry Carr might just be Manchester City’s most famous fan right now. A video of the Man City granddad attending the club’s final match of the season has gone viral with nearly five million views on TikTok and hundreds of thousands of upvotes on Reddit.

Barry Carr, 84, has been a fan of Manchester City since he was six. Sadly, his memory isn’t quite what it used to be, as he’s battling dementia. His grandson, Charlie Gibson, started a TikTok to help make memories for Carr and to raise awareness of Alzheimer’s.

The TikTok (@charliemoose_) went viral this week when Gibson posted a video documenting his trip with his granddad to the Man City-Aston Villa match on Sunday. The Citizens won 3-2 the match with an incredible comeback, giving them the Premier League title in dramatic fashion.

The video of the Man City granddad with dementia watching his favorite team win the title is irresistible and will probably make you tear up if you have any empathy. Just watch.

At a time when there are so many Manchester City bandwagon fans who have only supported the club since the injection of absurd amounts of oil money, it’s great to see the celebrations of someone who supported the club even before they became a European powerhouse.

That said, Barry and Charlie should definitely be arrested for trespassing on the Etihad pitch! (Kidding, of course, though I’m sure Liverpool fans are asking for a points deduction for the behavior of Man City fans after the Villa game.)

Manchester City finished the season with 93 points, one more than Liverpool, to win its fourth title in five seasons and sixth in the last 11. Before that, City’s last league title was in 1968 when Carr was 30. The Citizen’s only other First Division title came the year before Carr was born.