The best soccer TV shows and movies to stream this month 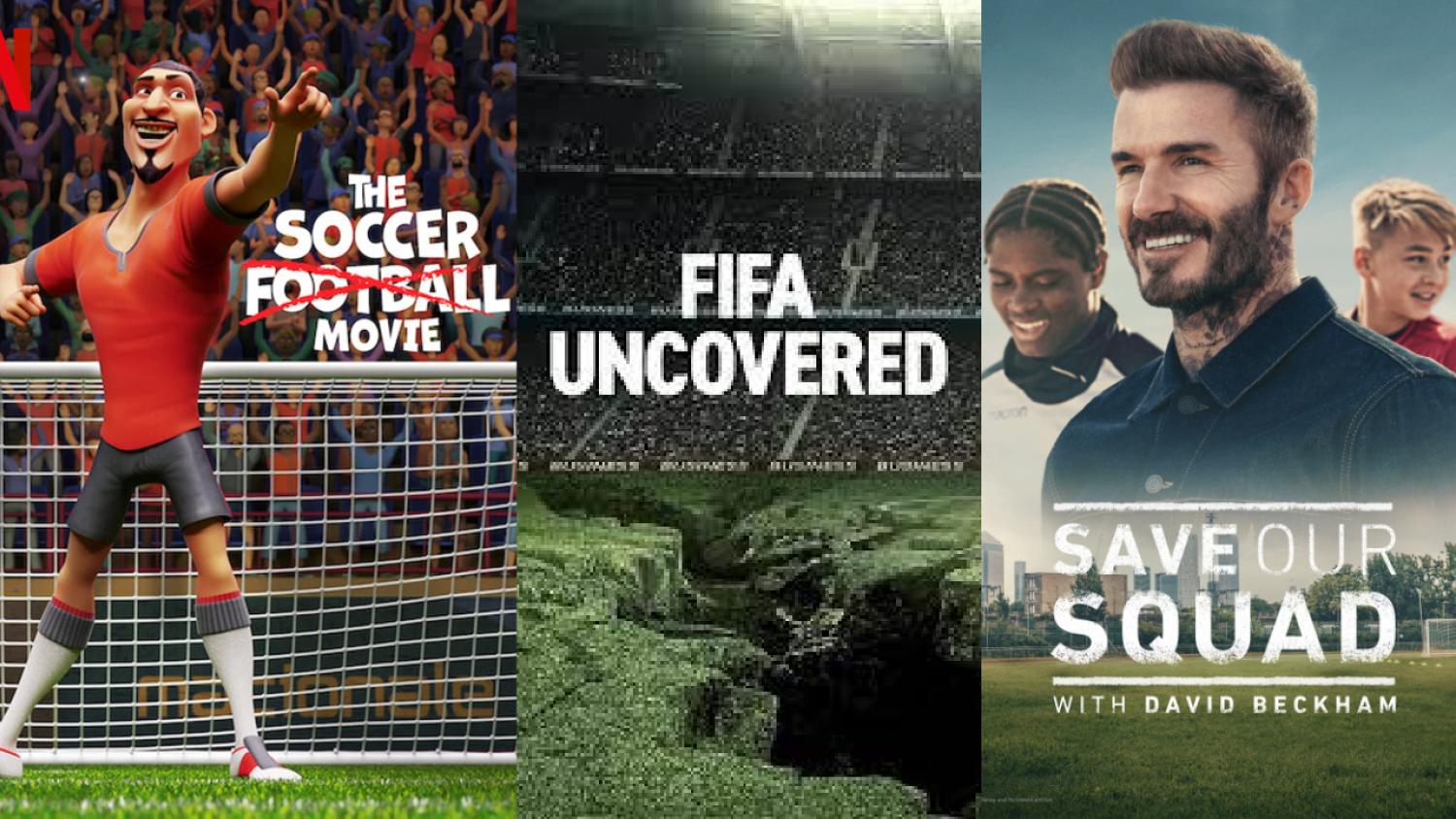 Get cozy with David Beckham.
The18

Have you come down with World Cup fever? The only cure is more of the beautiful game. Thankfully, we've got new soccer shows on Netflix, Hulu, Amazon Prime and Disney Plus to watch this month.

Looking ahead to 2023, we know we'll have a third and final season of Sunderland 'Til I Die, a third season of Ted Lasso, a second season of Welcome to Wrexham and the release of Taika Waititi's Next Goal Wins. I'm also still working on an original film about the life and badass times of André Villas-Boas.

The series has a strong IMDb rating of 7.5/10, and it couldn't be more timely with the Qatar World Cup upon us.

Save Our Squad with David Beckham | Disney+

Looking for something more uplifting? In this limited series on Disney+, global icon David Beckham returns home to East London to help mentor a young grassroots team that's struggling. The show currently has a 100% rating on Rotten Tomatoes, and it's being praised as perfect family viewing over the holidays.

There's been a lot of noise surrounding Welcome to Wrexham, starring Wrexham AFC co-owners Ryan Reynolds and Rob McElhenney, and for good reason. The 18-episode first season got a 90% rating on Rotten Tomatoes, 8.3 on IMDb and a second season is on the way.

Captains follows six national team leaders — Thiago Silva (Brazil), Luka Modrić (Croatia), Pierre-Emerick Aubameyang (Gabon), Andre Blake (Jamaica), Brian Kaltak (Vanuatu) and Hassan Maatouk (Lebanon) — on the road to qualifying for the 2022 World Cup. Gain a better understanding of what it's like to captain a national team while witnessing the extreme highs (Modrić's Croatia advancing over Russia on the final day) and lowest of lows (Blake's Jamaica imploding in Concacaf).

An animated movie about young fans teaming up with their idols to help them regain their abilities from an evil scientist. It's not getting much critical acclaim, but where else can you listen to the voice acting skills of Zlatan Ibrahimovic, Megan Rapinoe and Weird Al Yankovic?

Like a severed pig's head flying through the air and landing near the corner flag, a Netflix documentary surrounding Luis Figo's infamous transfer from Barcelona to Real Madrid has arrived on Netflix.

All or Nothing: Arsenal | Amazon Prime Video

One of the best All or Nothing seasons ever, this eight-episode series tracked Arsenal's tumultuous 2021-22 season. Mikel Arteta faced a lot of pressure with the league's youngest squad, and it makes for fascinating viewing given how much drama the Gunners had to endure over nine months.

With Arsenal now sitting top of the table this campaign, it also sheds a lot of light on leading performers like Aaron Ramsdale, Ben White, Bukayo Saka and Granit Xhaka.

Diego Simeone's Atlético Madrid gains no sympathy from opponent's supporters, but for those who've never had the misfortune of crossing paths with his Colchoneros, there's only admiration for what the Argentine has achieved at the Metropolitano.

Atléti's 2014 and 2021 LaLiga titles are triumphs of Simeone's style — a style that's derived from his own philosophies and personality. This documentary revolves around that 2021 league title, but it also examines his history as a player and his life off the pitch. A must-watch for all those who practice Cholismo.

Synopsis: "Thirteen Lives recounts the incredible true story of the tremendous global effort to rescue a Thai soccer team who become trapped in the Tham Luang cave during an unexpected rainstorm. Faced with insurmountable odds, a team of the world’s most skilled and experienced divers — uniquely able to navigate the maze of flooded, narrow cave tunnels — join with Thai forces and more than 10,000 volunteers to attempt a harrowing rescue of the twelve boys and their coach."

Documenting his rise from youth leagues to Everton to becoming Manchester United and England's record goalscorer, this is the story of Wayne Rooney, warts and all.

A look at Argentina's 2021 Copa América title with captain Lionel Messi serving as the central figure. There are also appearances from Neymar, Luis Suárez and Ángel Di María.