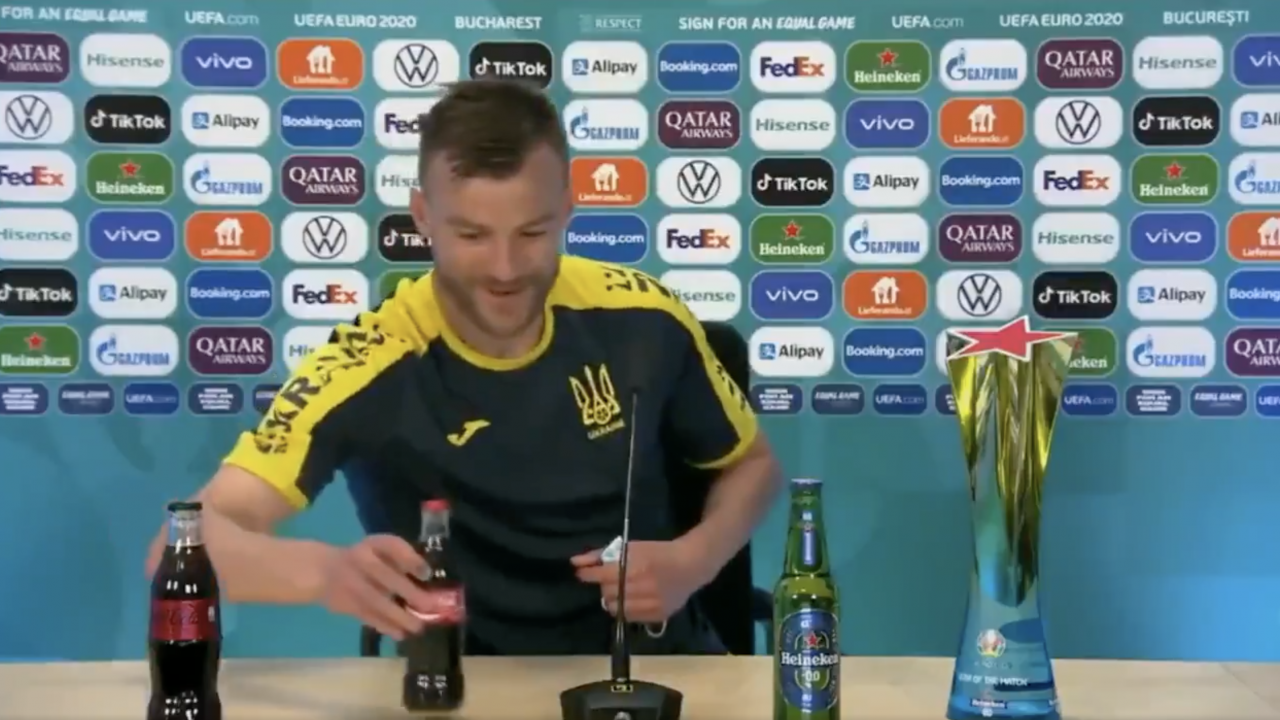 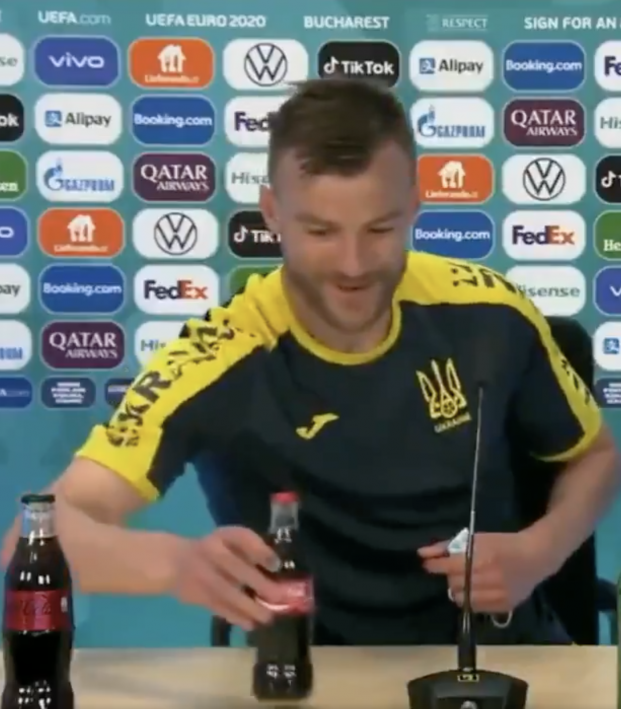 Ever since Cristiano Ronaldo moved those two Coca-Cola bottles on Monday, the Euro 2020 press conferences have been filled with weird bottle antics. This is by far the weirdest trend I’ve ever seen that will be one of the big stories of these Euros.

Not too long after Ronaldo moved the coke bottles, Paul Pogba removed a Heineken bottle from his press conference. The trend has gone full-speed and nearly every press conference has some sort of moment with a bottle. UEFA is considering fines for players moving Coca-Cola bottles.

Here’s the list of every player that moved a bottle during a press conference.

The original. It was all downhill from here.

First Ronaldo with the Coca-Cola...

Now Paul Pogba wasn't happy with the Heineken in front of him at his press conference pic.twitter.com/SU1ifQPGOP

No Heineken for this guy.

After Cristiano Ronaldo removed the Coke bottles during the press conference.

Locatelli does the same.

You don’t score braces for your country by drinking sugar. Water only.

Cherchesov, my kind of idol. #RUS

Our first Coke sympathizer! Ronaldo would be livid.

No hate on the man who is simply chasing a bag. Good on you Yarmolenko.

Someone get Jay-Z on the phone

Lukaku, who is part of Jay-Z’s agency Roc Nation, kindly asks Coca-Cola to go through the correct legal process to sponsor him.

John McGinn having a laugh about Cristiano Ronaldo removing the coca-cola bottles from his interview..

“Any Coke?” You could tell McGinn had something planned for his press conference and was bummed to have his masterplan foiled by the absence of soda.

" There's always a bigger picture to these things"

Gareth Southgate responds to why he chose not to remove the Coca Cola bottles from the table #Euro2020 pic.twitter.com/3JSsk6wqu1

No Coke was moved, but the fact that this running-gag has gotten to the point where reporters are asking about it is hilarious. This response was so boring though, it might just kill the trend.

Those are all the incidences I could find so far. I’m sure there are plenty more to come.