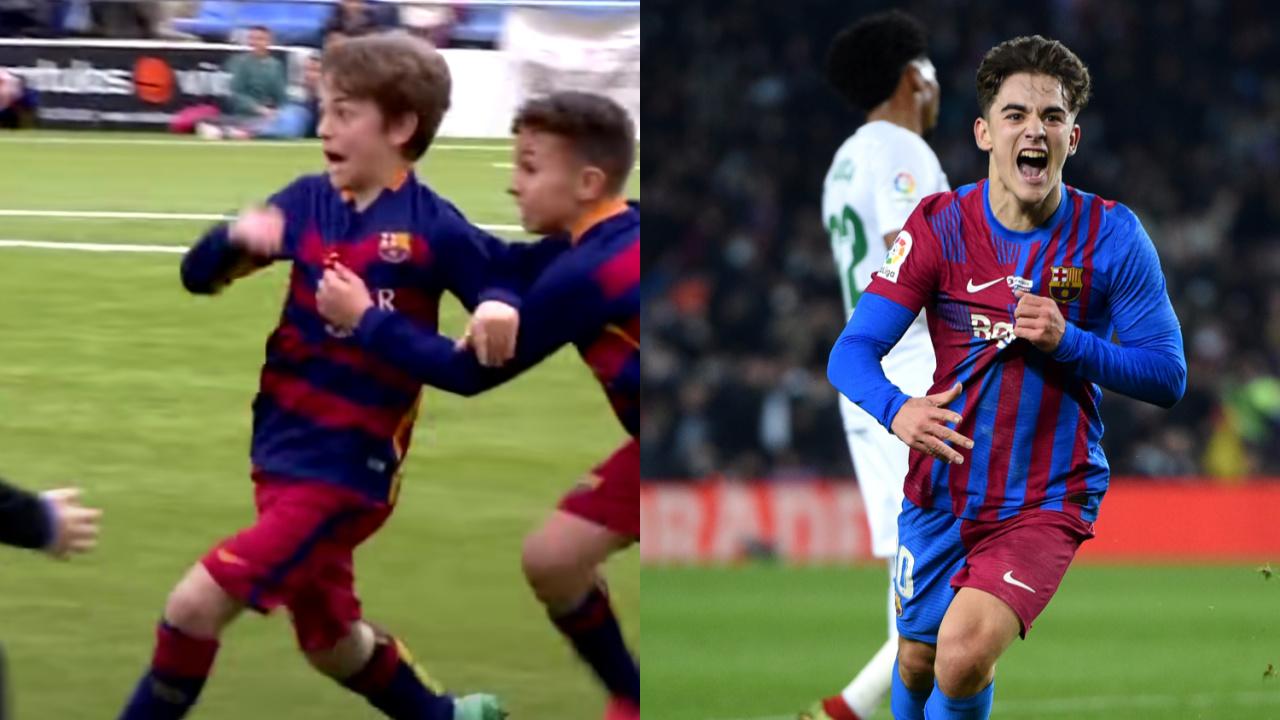 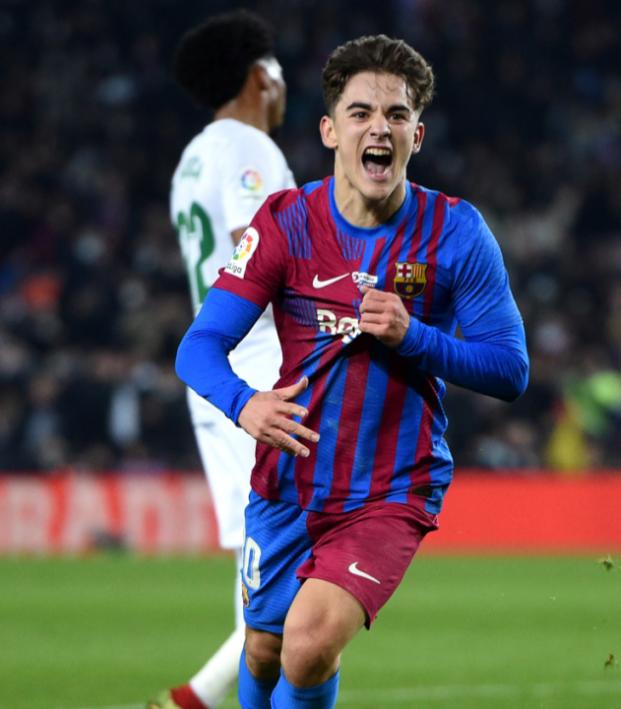 Watch: Gavi Is Still Treating Defenses The Exact Same Way He Did At Age 12

The emergence of 17-year-old Pablo Páez Gavi for both Barcelona and Spain during the 2021-22 season has been criminally under-appreciated in the English-speaking world. It's a serious offense because just putting the La Masia product through the 90-minute eye test is enough to reveal a footballer of supreme talent, which is exceptionally rare when considering all the nuance and subtlety that comes with the midfield position.

Put simply, Gavi immediately stands out as the player with the most personality, the one who's playing at a tempo of his own creation, despite being a decade younger than most of his opponents.

I have a couple theories about this. One is that, after being at the mercy of Barcelona for 15 years, everyone's enjoying the schadenfreude of the club falling into the Europa League and sitting seventh in LaLiga. "Barça in crisis" drives a lot more traffic than Gavi.

The other reason is that Gavi now demands his own narrative after teammate and compatriot Pedri did the exact same thing last year. There's some déjà vu that needs to be overcome here.

Pedri, as an 18-year-old in 2020-21, was literally omnipresent (a record-setting 72 appearances) while playing 37 in LaLiga, seven in the UCL, all six of Spain's Euro 2020 matches and six games during his nation's run to silver at Tokyo 2020. He claimed every award you really can as a teenager: Champions League Breakthrough XI, Euro 2020 Young Player of the Tournament, Euro 2020 Team of the Tournament, the Golden Boy award and the Kopa Trophy.

But all that play caught up with the teenager, and after missing time at the start of the new campaign with a thigh injury, Pedri's now been out for an extended period after suffering a relapse of the injury.

However, Pedri's time out has coincided with the rise of Gavi, who's even younger (17), also plays in a midfield three and already has 16 league appearances and six in the UCL.

Not sure if Gavi or Messi pic.twitter.com/Urup0fiVte

The largest testament to his ability has been made by Spain manager Luis Enrique, who, despite only playing a few matches for Barcelona's senior side, immediately called Gavi up and started him in the UEFA Nations League finals and in a crucial World Cup qualifier against Sweden in November.

"Gavi was born to play football," Enrique said after the qualifying win that secured Spain's place in Qatar. "He is a beast. It's not normal for someone his age to have this kind of performance. He played in a huge game like he was in his backyard. He has a lot of personality. When a manager decides to bring to a national team someone who is only 17 years old it is because he knows what he can bring to the table. I think he never played before in front of more than 50,000 spectators and you all saw the game that kid played. He will not surprise anyone anymore. I repeat, he was born to play football."

Enrique has also said that Gavi doesn't just represent Spain's future, he's already the present. He's a player that the former Barcelona manager has been aware of for some time, as has everyone at Ciutat Esportiva Joan Gamper.

This video of Gavi as a 12-year-old highlights how it was only a matter of time. (Maybe just mute the music.)

"Gavi has no ceiling at Barcelona," Xavi said. "He's a guy with so much talent. What surprises me the most is that he is only 17 years old and he is competing like a guy who is 30 years old. He is already showing at the age of just 17 that he can compete at the highest level. It's incredible."

Barcelona returns from its winter break on Sunday, Jan. 2, away to Matthew Hoppe's Mallorca.