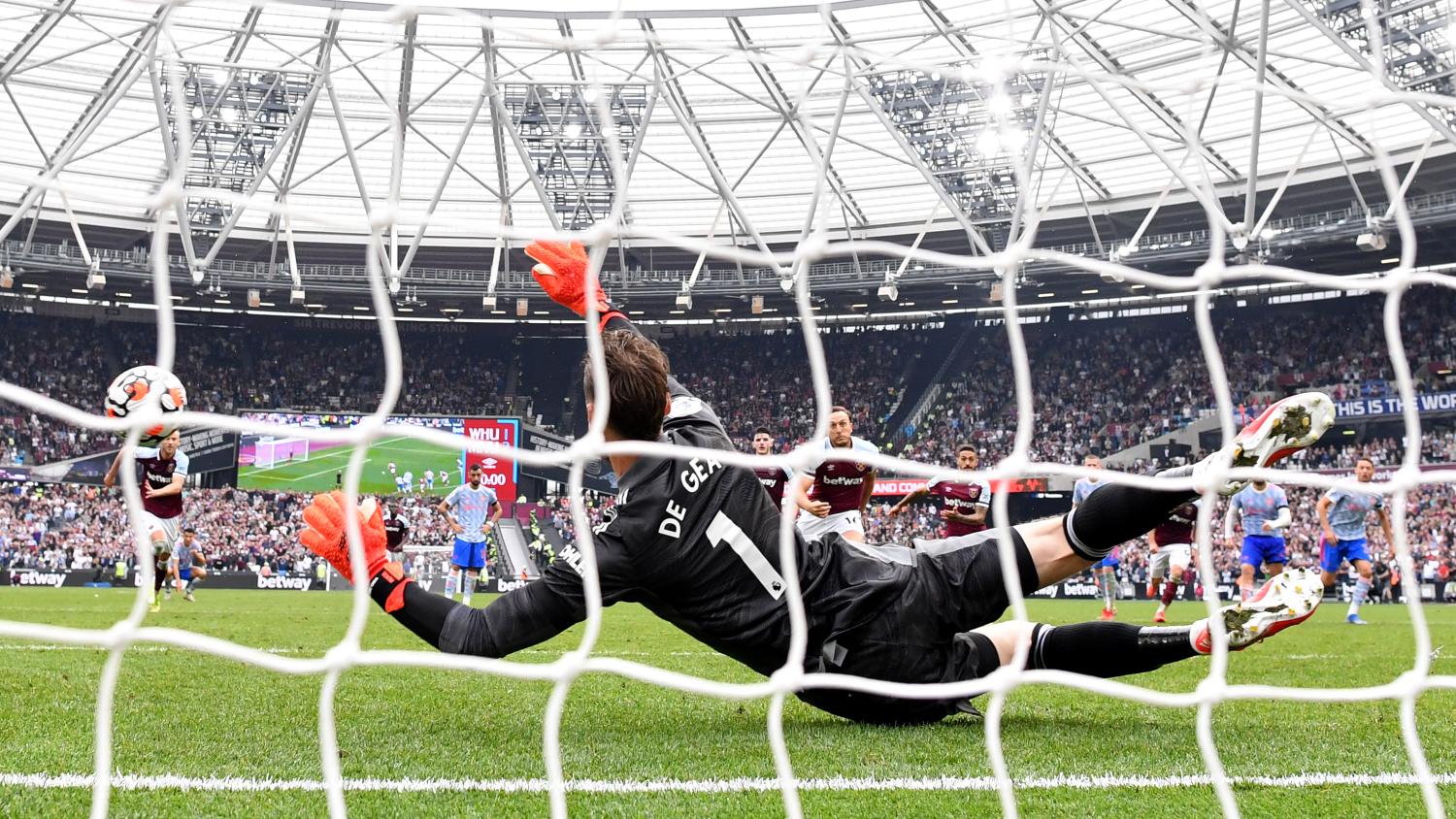 When Jarrod Bowen stepped up to take a penalty kick in the 45th minute of West Ham's match against Liverpool on Wednesday, he was already at a disadvantage. While the odds of converting a penalty are between 75 and 80 percent, just 58 percent of penalties faced by Liverpool keeper Alisson in the EPL had found the back of the net.

Despite a solid 75 percent conversion rate in his professional career, the English winger's spot kick was saved by the man in black in the Liverpool goal as the Brazilian preserved a 1-0 advantage for the Reds.

Alisson comes up BIG for Liverpool with this penalty save!

This made us wonder about the extreme ends of the penalty-saving spectrum: Which keepers are penalty specialists and which ones might as well not even be in the goal?

Well, we sifted through nearly three decades worth of Premier League play to determine the best and worst penalty stoppers and everything in between.

An excellent 18/19 campaign in which he saved three of the five penalties he faced has buoyed Pickford's solid penalty record, although he has not saved any of the 10 penalties he has faced since (two of them were misses).

Though far from a penalty specialist, Boruc has never lost a professional match in which he has saved a penalty (six wins and nine draws in 15 matches).

It's easy to forget that Fabiański is in his 14th EPL season and his ninth as a regular starter. The Polish keeper has saved 36 percent of his spot kicks since the start of the 16/17 EPL campaign, including 4/6 last year.

Lukasz Fabianski has saved four out of the six penalties he's faced in the Premier League this season...

A long-time veteran with Spurs and later Watford, Gomes has a pair of matches in which he has saved two penalties — one for each of his clubs (the only player to do so). The Brazilian's 11 penalty stops also rank amongst the best in Premier League history.

Saving penalties is much easier when you're a 6-7 giant like Forster — as spot-kicks cater to the skillset of a player who is known much more for his towering frame rather than his foot speed.

Although labeled as mistake-prone during his time at Anfield, the Belgian saved over 40 percent of his penalties for Liverpool.

Johnstone faced a whopping 11 penalties in his debut Premier League season in 2020/21, and while his save percentage is impressive, two of them were missed off the woodwork. Both misses happened during West Brom's 1-0 victory over Brighton that year in one of the most bizarre matches of the season.

Almunia's most famous penalty save came in that Championship Playoff Semifinal with Watford in 2013, but the Spaniard also saved nearly half of the penalties he faced in the Premier League.

The Brazilian shot-stopper has benefited from four missed penalties against him in his EPL career, but that's the type of pressure you put on an opponent when you're one of the best keepers in the world.

Long before the takeover by Russian oligarch Roman Abramovich, Kharine was one of the first players from the former Soviet Union to play in the EPL. He won the FA Cup with the Blues in 96/97 and then the League Cup the following season.

Jones spent the first five years of his career playing for non-league Kidderminster Harriers and didn't make his top-flight debut until he was 30. Still, he enjoyed seven strong seasons in the Premier League during the latter part of his career. He also tied for the EPL lead in shutouts in 2000/01. It's also worth noting that his only EPL penalty save came against the Premier League's all-time leading goal-scorer, Alan Shearer.

A steady keeper who made over 700 appearances in all competitions, the Irishman is currently the goalkeeper coach for Crystal Palace.

Despite 17 seasons at Wednesday, including eight in the EPL, Pressman only saved one of the 25 penalties he faced in the Premier League.

Sullivan is most well-known as being the goalkeeper for Wimbledon during the Crazy Gang's improbable eight-season run in the Premier League.