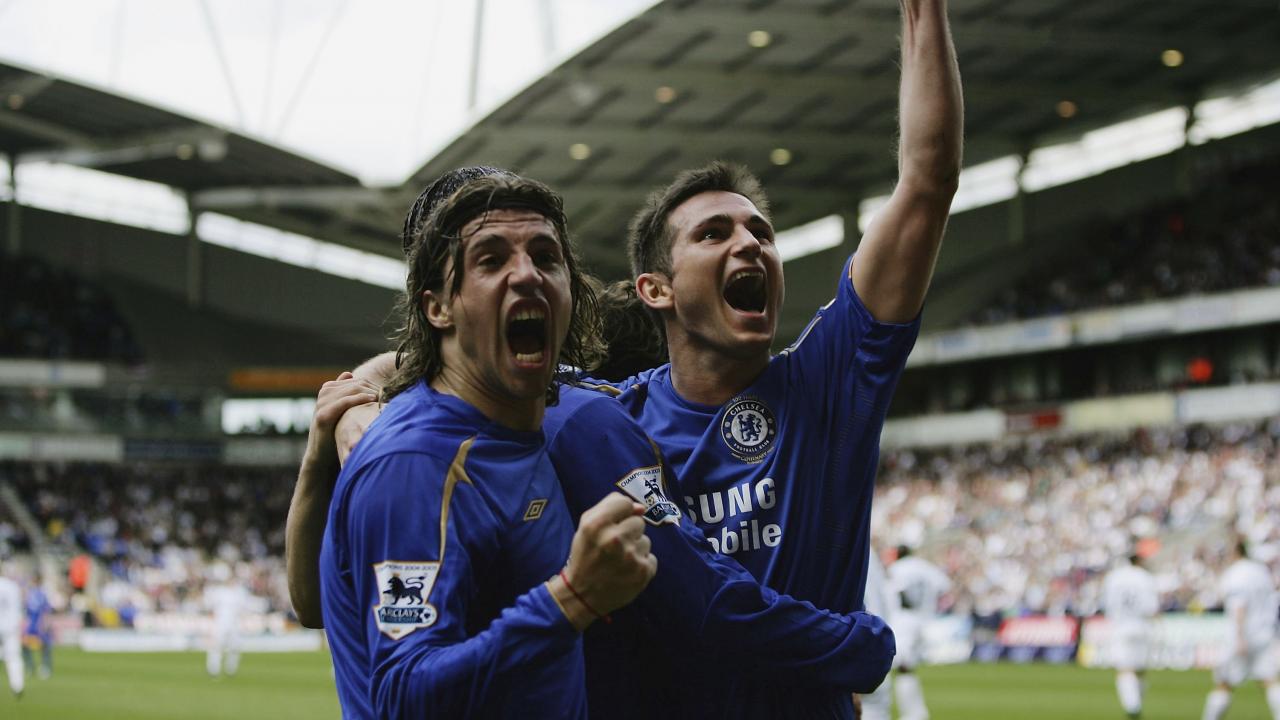 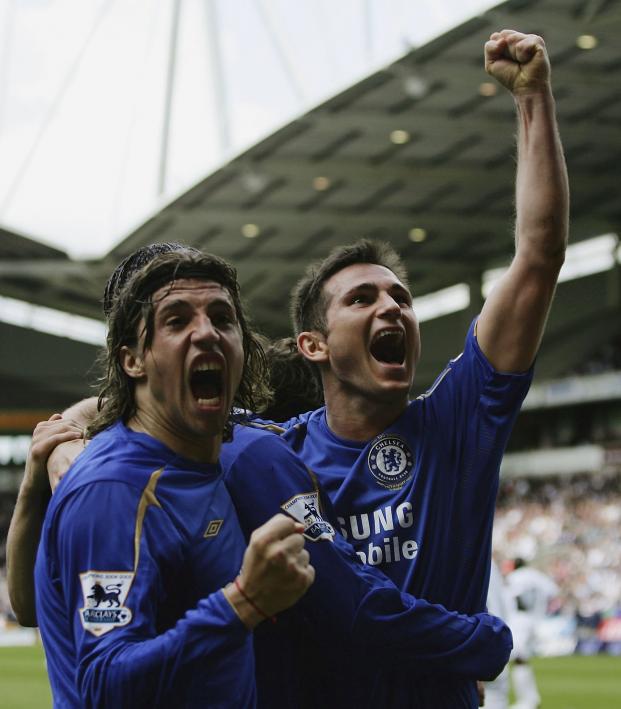 Have A Hit Son: The Decline Of Long-Range Shooting In Modern Football

Memories of the Premier League 10-15 years ago conjure up very specific visions, with the nostalgia usually centering around someone hitting the piss out of a classic Nike ball.

No 2000s soccer mixtape was complete without some random gangly defender hitting a 40-yard rocket to the top corner, Wayne Rooney burying a dipping half-volley or a center midfielder charging forward and doing unspeakable things to a one-touch shot from long range.

Every box-to-box center mid seemed to have a rocket of a right boot. Every team had a fullback with the capability of burying shots from deep. And nothing quite compared to a packed stadium shouting "shooooot" in unison as the star striker picked up the ball 30 yards from goal.

These ethereal events seemed to transcend what was possible on a football pitch, causing a generation of fans to question the physical underpinnings of the game itself.

The peak of the beloved long shot era came in December 2006.

It was the third season of the hallowed Nike Total 90 Aerow ball, a cushioned sphere built for the sole purpose of travelling into the roof of the net at frightening velocities. It was a ball that sat up so nicely it deserved a place at the dinner table.

That final month of 2006 contributed a collection of goals unsurpassed by any other period of time — past, present or future.

Will the #PL ever see a month of goals better than those scored in December 2006?  pic.twitter.com/BEtECB0RHl

Somehow, Michael Essien's goal against Arsenal didn't win; instead Paul Scholes' sweetly-struck volley off the crossbar took home the prize. Every goal in the competition deserves to be immortalized in Premier League memory, but like an MLB slugger in the 90s, you had to be doing things never seen before in the sport to get noticed.

The 2006-07 campaign also aptly marked the first season the Premier League began tracking the number of goals scored from outside the penalty area. Given Chelsea's performance in the December "Goal of the Month" competition (three nominees) it was appropriate that the Blues led the league in that category, scoring 23 goals from distance. Chelsea also led the league with six goals from direct free kicks.

The Blues boasted midfielder Frank Lampard, the Premier League record holder with 41 goals scored from outside the penalty area. The sharp-shooting midfielder led the league in goals from distance three seasons in a row between 2004 and 2007 — scoring 18 such goals during the heydey of the Premier League marksman.

Premier League clubs scored 188 goals from outside the 18 during the 06-07 season, a total only surpassed by the subsequent 07-08 campaign.

WhoScored's detailed Premier League stats, which date back to 2009-10, help to further paint the picture of teams' shot selection during this period.

Under manager Roberto Martínez, Wigan took 55 percent of its shots from outside the penalty area in 09-10, the highest rate in the Premier League. The Premier League median was around 45.5 percent.

Wigan was the prototype for long-shot reliance, consistently taking more than 50 percent of its shots from distance during Martínez's four-year tenure with the Latics.

"Martínez's strategy relied on highly accurate long-range shooting, firing from distance — allowing his team to recover their defensive shape more easily — and persistence. He did not place any emphasis on corners ... because it meant allowing his troops out of hiding and into open sight, leaving them vulnerable. Martínez was playing guerrilla soccer. He had his team lie in wait for their opponents and then punish them."

By not committing numbers forward, whether it be in possession or on corners, Wigan maintained its defensive integrity — and long-range shots represented a low-risk form of attack.

Wigan didn't have the offensive firepower or big names like 06-07 Chelsea (FA Cup winner and EPL runner-up), but the Latics still made long-distance shooting work for them. In 2010-11, Wigan led the league in average shot distance (26 yards) and goals from direct free kicks (five), while the Latics also scored the fewest goals inside the penalty area.

Wigan finished an unimpressive 16th, but managed Premier League survival for the sixth season in a row despite consistently ranking near the bottom of the league in wages.

Shooting from distance was effective and prevalent at both ends of the table.

Jump ahead to 2021, and the long-shot rate has noticeably declined.

West Brom and Wolves are currently tied for the EPL lead in long shot-range shooting, each taking 42 percent of their shots from beyond the penalty area. Leeds takes the lowest proportion of shots from distance, just 30 percent (although it curiously leads the league with 10 goals from outside the 18-yard area). The Premier League median is about 35.5 percent.

In Europe, no Big 5 club has taken more than 46 percent of its shots from distance this season, with LaLiga's Celta Vigo bottoming out at 26 percent.

The last Premier League sides to attempt more than half of their shots from outside the area were Tottenham and QPR in 2014-15.

While the Premier League has not become possession-obsessed in the way that the Spanish national team was consumed by tiki-taka, ball retention has certainly shaped the current tactics of English top-flight football.

In 2015 and 2016, the Premier League was further transformed by the arrival of two of football's most influential managers: Jurgen Klopp and Pep Guardiola. Each coach embraced possession-style football at their clubs, but not at the languid pace of the more defensive-minded tiki-taka.

Both Liverpool and Manchester City played fast-paced, downhill, attacking football that encouraged numbers to get forward into the final third.

To neutralize this threat, opponents were forced to put bodies behind the ball defensively. With so many players blocking the goal defensively, shooting from distance became less feasible.

At the other end of the pitch, the space in behind the backlines of Liverpool and Manchester City encouraged opponents to attack on the counter, which often resulted in one-vs.-one opportunities against the keeper and other scoring chances close to goal.

The decline of the long shot was expedited by the increased use of advanced analytics. Stats like expected goals (xG) assign lower goal-scoring probabilities to shots from distance, thus encouraging players to take high-percentage shots closer to goal instead of less fortuitous "hit and hope" attempts from distance.

Yet despite the recession of the long-range marksman, shooting from distance still remains a useful tool — when used sparingly. It provides a variation to possession football when an opponent proves especially difficult to break down, keeping opponents honest and forcing them to step up and close down the ball.

Shots from distance also allow less-talented teams to garner low-risk, high-reward attempts on target — as Wigan did under Roberto Martínez. Sam Allardyce would love for his West Brom side to get frequent tap-ins in front of goal like Man City, but the Baggies just don't possess that level of quality. For West Brom, long-range shots are better than no shots at all.

Much like its cousin the mid-range jump shot in basketball — which analytics have also demonstrated to be less effective — there are still many players who possess this skill, despite its perceived obsolescence. Managers won't tell capable players to abandon these shots completely, instead, they are encouraged to use them more infrequently.

As they say: If you don't buy a ticket, you can't win the raffle.