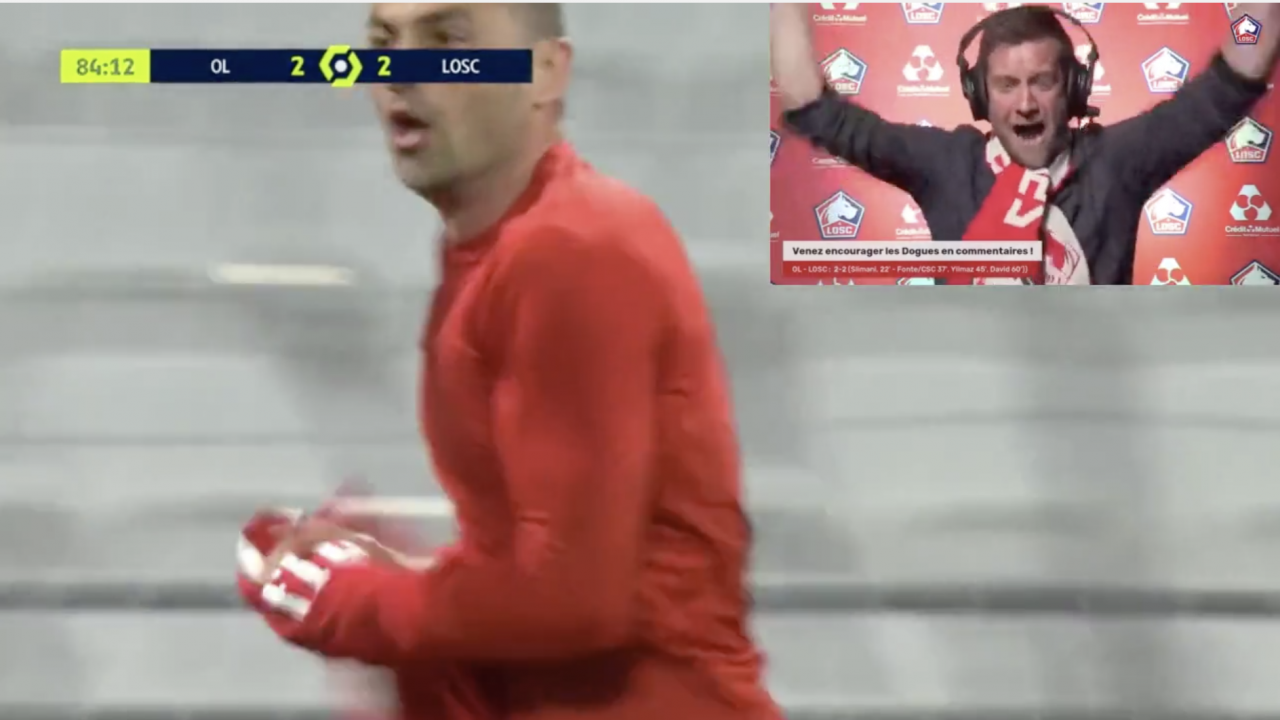 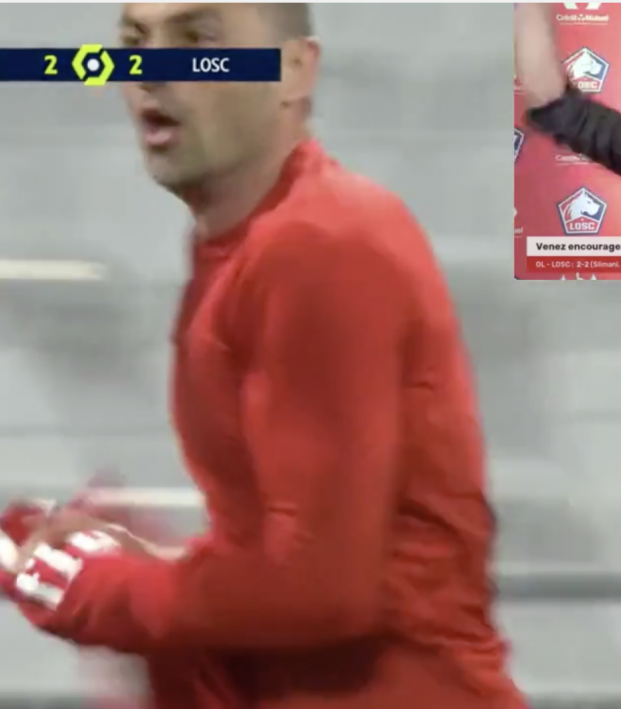 Lille controls its own destiny in the mission to claim the club’s first Ligue 1 title in a decade. Only six points separates Lille, the current league leaders with 73, and fourth place Lyon at 67.

On Sunday, Lille secured an imperative 3-2 comeback victory against Lyon. Les Douges conceded twice in the opening 35 minutes but rallied back to retake the top of Ligue 1 from Paris Saint-Germain. Burak Yilmaz capped off the dramatic comeback in the 85th minute with the cheekiest of chips.

It’s a royal shame that fans aren’t present in the stadiums. The Parc Olympique Lyonnais away section that would be filled with traveling Lille supporters pre-Covid surely would have erupted.

Instead of a bonkers away section celebrating, Lille’s play-by-play commentator Mickaël Foor took it upon himself to express how the Lille faithful was feeling after the Yilmaz winner.

You don’t need to understand French to know what the moment meant for Lille and Foor. The Lille commentator absolutely lost it.

Foor maintained that energy throughout the entire 90 minutes. You can tell this is a man who absolutely loves what he does.

I can’t even imagine what the Lille commentator will do if his club manages to claim the Ligue 1 Uber Eats title. (I sometimes forget that France’s top division is officially the Uber Eats League.)

Plenty can still happen in the remaining four matchdays. PSG trails Lille by a single point and Monaco sits only two points behind the leaders.

USMNT fans will be hoping for Lille and American youngster Timothy Weah to hang on to first and lift the league trophy. Weah had featured in Lille’s 21 previous games before Sunday’s fixture against Lyon. The USMNT forward picked up a minor thigh injury the week before and was out of the squad.

Weah could join a growing list of Americans to claim silverware in Europe this season. As of April 26, the list includes: