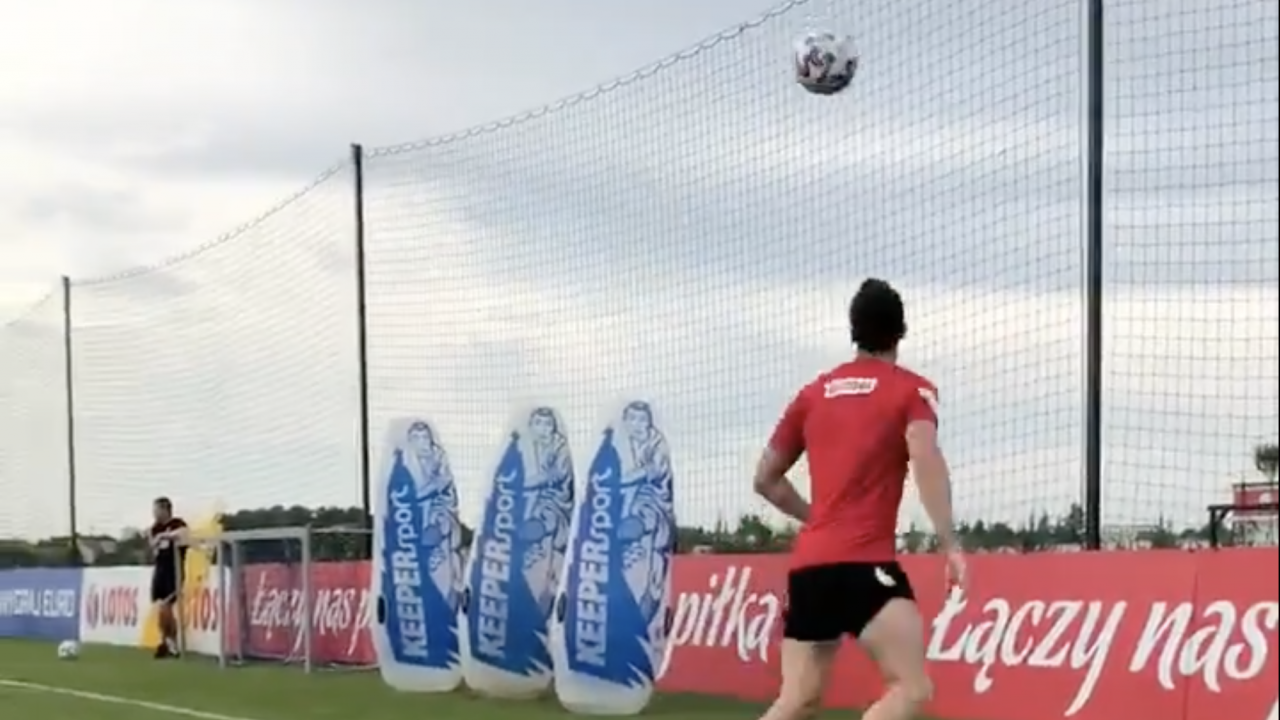 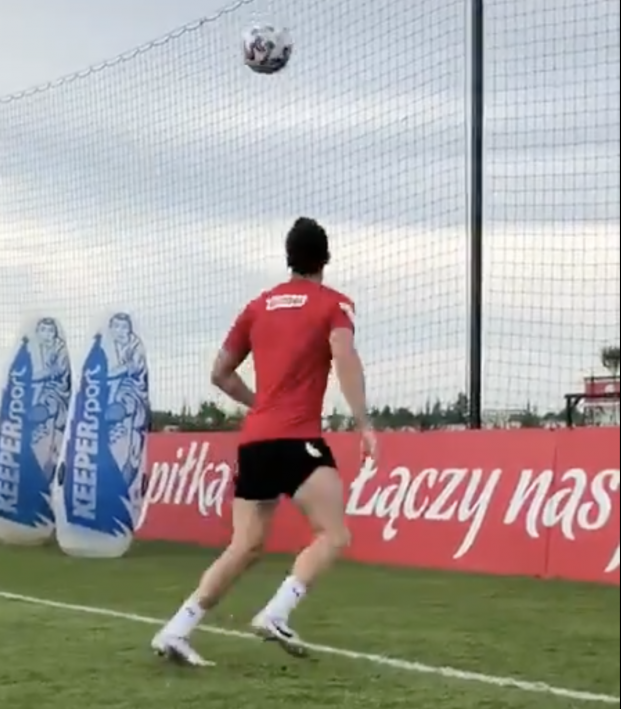 Two weeks after breaking a Bundesliga record that stood for 49 years, Robert Lewandowski continues to show to the world why he’s a living cheat code. While on duty with Poland’s national team the 32-year-old showed off an insane move that I shall dub the Lewandowski trick shot.

I don’t know what I enjoy more about the video. On one hand the trick shot is absurd and out of this world, and on the other hand there is Lewandowski’s reaction. If almost any other player scored a trick shot of this caliber they would be screaming and running a lap around the field. Lewandowski just gives a half-assed dab and moves on.

Lewandowski would be the worst addition to Dude Perfect. This clip would totally be one of the videos that appears in those old YouTube soccer compilations.

Perhaps the Polish superstar’s subdued reaction was because he had been trying this shot for who knows how long. He almost took off Wojciech Szczesny’s head in the process.

Now all Lewandowski needs to do is pull off a stunt like this in a game. Imagine if the Lewandowski trick shot gets whipped out during the Euros against Spain. I think the soccer world would crumble at that point.