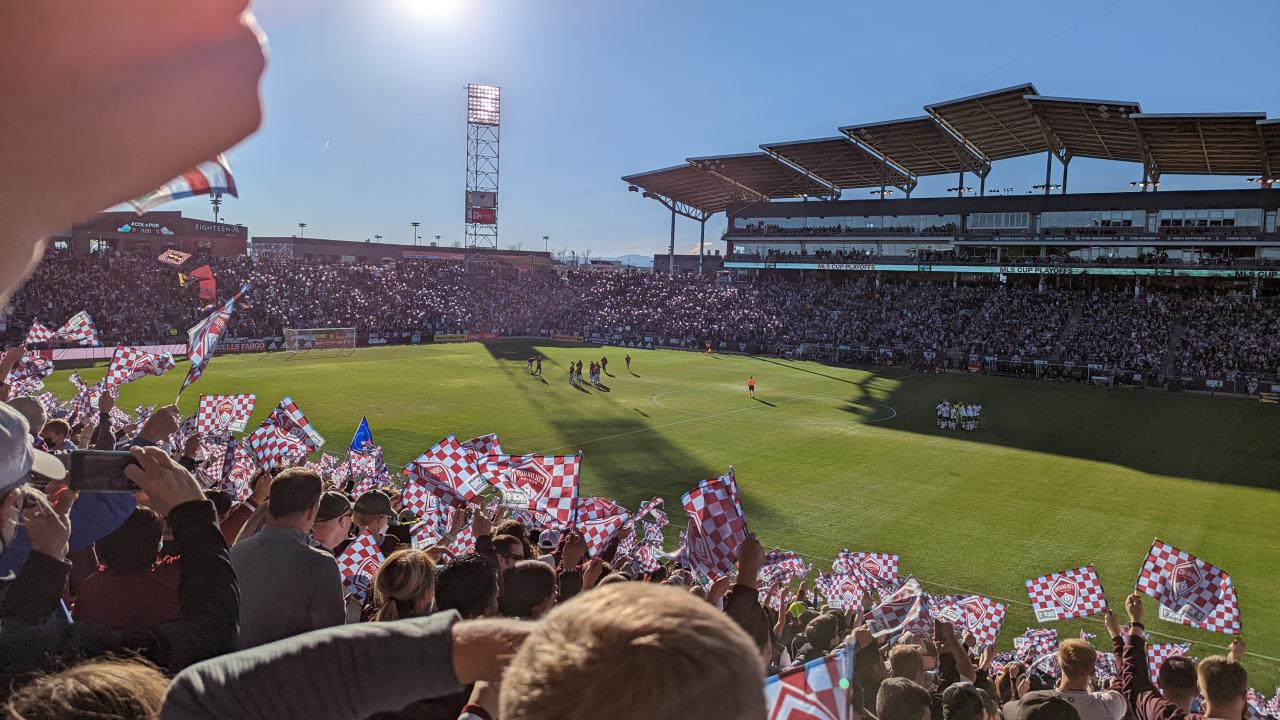 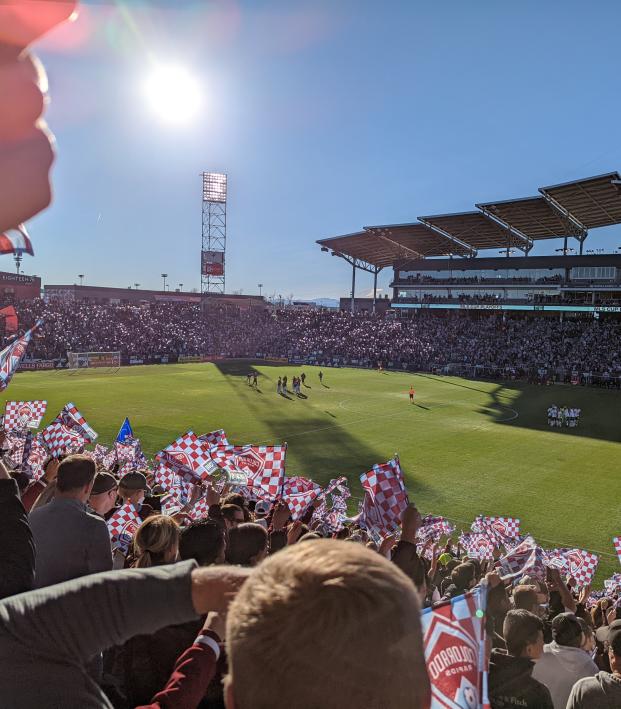 I Attended The First MLS Game On Thanksgiving; We Need To Make It An Annual Tradition

On Thursday, the Colorado Rapids hosted the Portland Timbers in a Western Conference semifinal at Dick’s Sporting Goods Park in Commerce City, Colorado. It was the first-ever MLS Thanksgiving game — I really hope it’s not the last.

America needs a new football tradition, and Major League Soccer playoffs need to be the answer.

I went to the first MLS Thanksgiving game on Thursday with a couple of friends. We drank some pregame beers and ate some gourmet hot dogs from a food truck while tailgating beforehand. We enjoyed unseasonably warm weather that allowed us to be in short sleeves by the 2:30 p.m. kickoff. We watched the Rapids lose on a 90th-minute winner from Larrys Mabiala.

A good time was had by all, even if the home team lost. 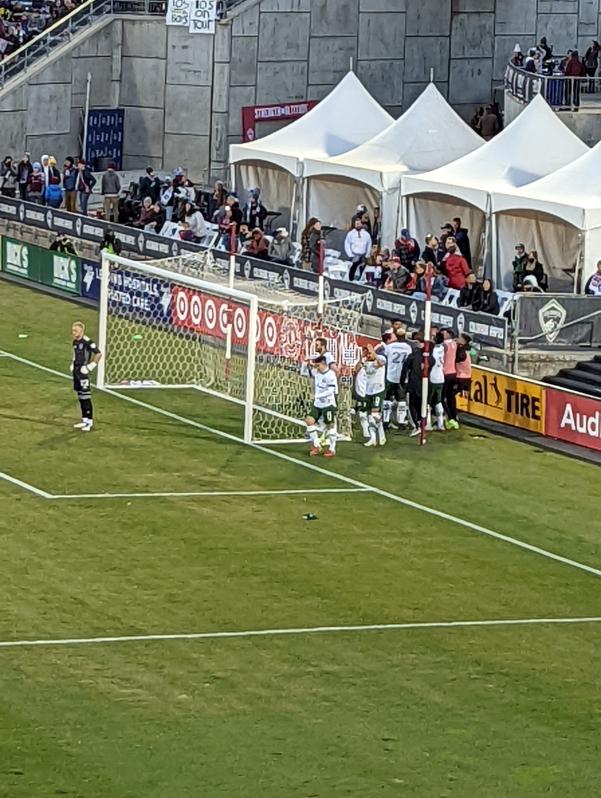 I’ve been to a fair amount of Rapids games — both in the press box and in the stands — and this was by far the best atmosphere I’ve ever seen out in Commerce City. Because the stadium is so far from Denver’s major population areas, it’s rare to see a full stadium, let alone one that’s actually paying attention to the action on the pitch.

Most of the announced sell-out crowd appeared to be like myself, there more for the novelty of it all than to support the home team. Rapids games are always an odd experience; there are hardcore fans, but given Denver’s exploding population of people from out of state, most are just soccer fans there for a good time. This was the case on Thursday as well, to the extent the crowd didn’t seem too upset about Portland’s late winner — at least it meant we could go home before it got too cold as the sun dipped behind the Rocky Mountains.

Thanksgiving is, for the most part, a very American holiday. It’s about time to we make the American holiday reflect our American values — namely the belief soccer is better than football. We at The18 have long advocated for a Turkey Derby instead of a Turkey Bowl. Now we need annual MLS games on Turkey Day.

Growing up in Texas, football was always a major part of Thanksgiving, whether it was the Dallas Cowboys or the Texas A&M-Texas game. Even high school football teams play on Thanksgiving in Texas. (Sadly, the state’s biggest college football rivalry fizzled out when the Aggies left the Big 12 for the SEC and the Longhorns were too scared to continue the annual Thanksgiving game; hopefully that changes soon now that UT realized the money is greener in the SEC.) This Thanksgiving felt especially void of anything fun to watch on TV; I personally hate watching the NFL and the Egg Bowl wasn’t all that interesting either. I couldn’t even take solace in watching Arsenal in the Europa League.

The Rapids-Timbers game was perfect Thanksgiving afternoon viewing. It would’ve been even better with a doubleheader of MLS playoff action.

The one thing that could prevent an MLS Thanksgiving game from becoming a great American tradition is the fact the holiday arrives during the playoffs, and you can never predict who will still be playing in late November. But MLS could market its Thanksgiving games as a source of pride to get to play on Turkey Day, making it something fans get excited about when their team hosts such a game.

So was the Thursday’s MLS Thanksgiving game the first of many or a one-off novelty?

Given the crowd and atmosphere at Dick’s Sporting Goods Park on Thursday, I hope it becomes the United States’ next great soccer tradition.