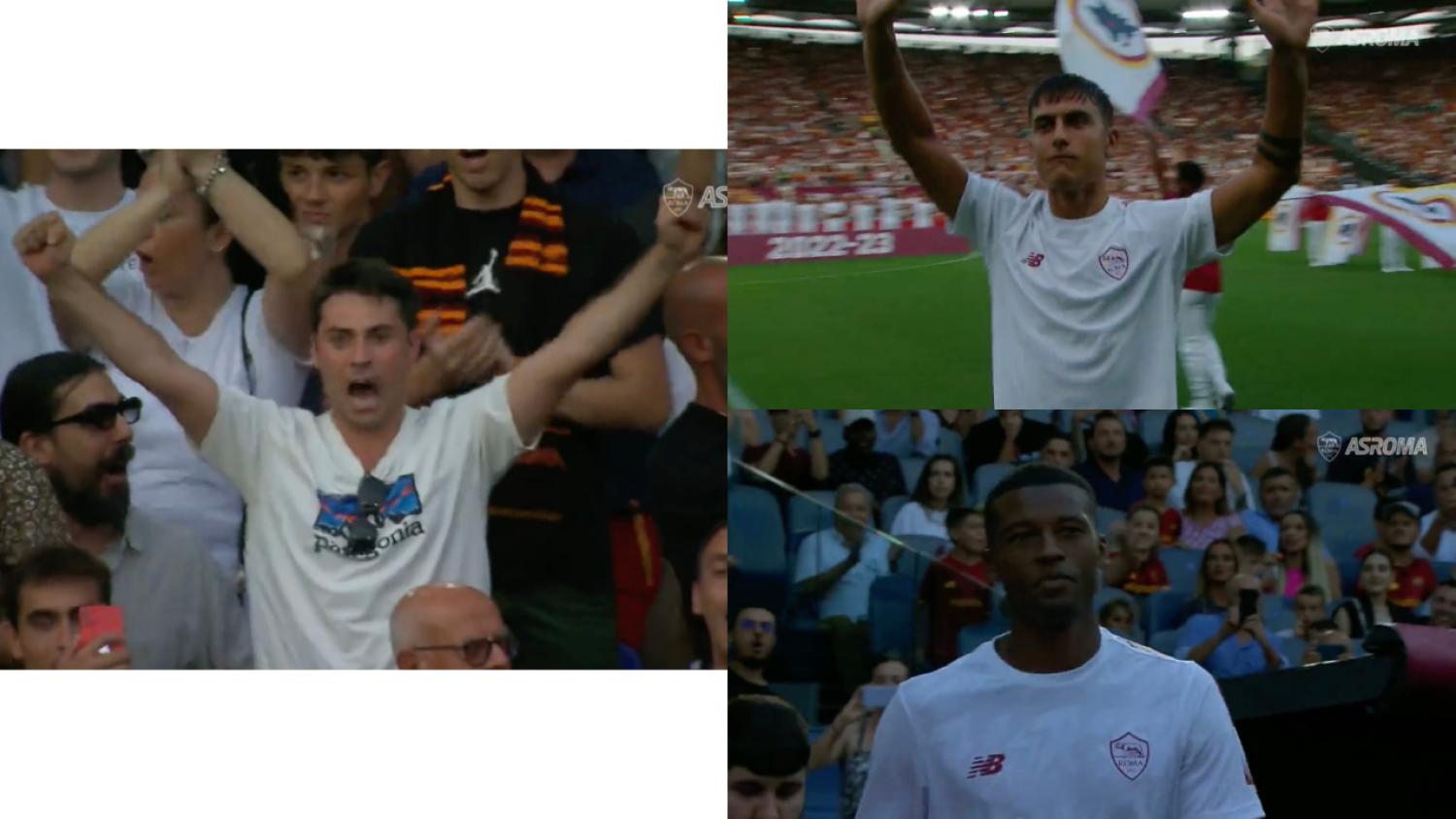 Supporters flocked to see Paulo Dybala and Gini Wijnaldum on Sunday.
The18

Hypothetically speaking, if you could only watch one club in Europe this season from a neutral's perspective, I don't think you could find anything more dramatic or exciting than the current build of AS Roma.

The hype started last season with the return of José Mourinho to Italy, where he enjoys an unblemished reputation on the strength of his remarkable two-year period with Inter Milan. The 59-year-old didn't disappoint during his first year in Rome by landing the club's first major trophy (the inaugural Conference League) since 2008.

The fans have high hopes for established stars like Lorenzo Pellegrini and Tammy Abraham, but there's suddenly a genuine belief that the club could challenge for a first Scudetto since 2000-01 on the back of a hugely successful summer transfer window.

The biggest addition has been 28-year-old Argentine attacker Paulo Dybala on a free transfer from Juventus. His arrival was celebrated like a league triumph.

And now, after never really finding his feet in Paris, Georginio Wijnaldum has arrived on loan from PSG with an option to buy. The 31-year-old was brought out Sunday during Roma's final preseason match against Shakhtar Donetsk at the Stadio Olimpico.

How excited are Roma fans about the season? Today's attendance was 65,303. The club's highest attendance last season in the league was 64,266.

It's going to end in glory for Mourinho and Roma or utter tragedy.

I Giallorossi begin Serie A play next Sunday away to Salernitana. They play Cremonese on Aug. 22 and then it's Juventus on Aug. 27.