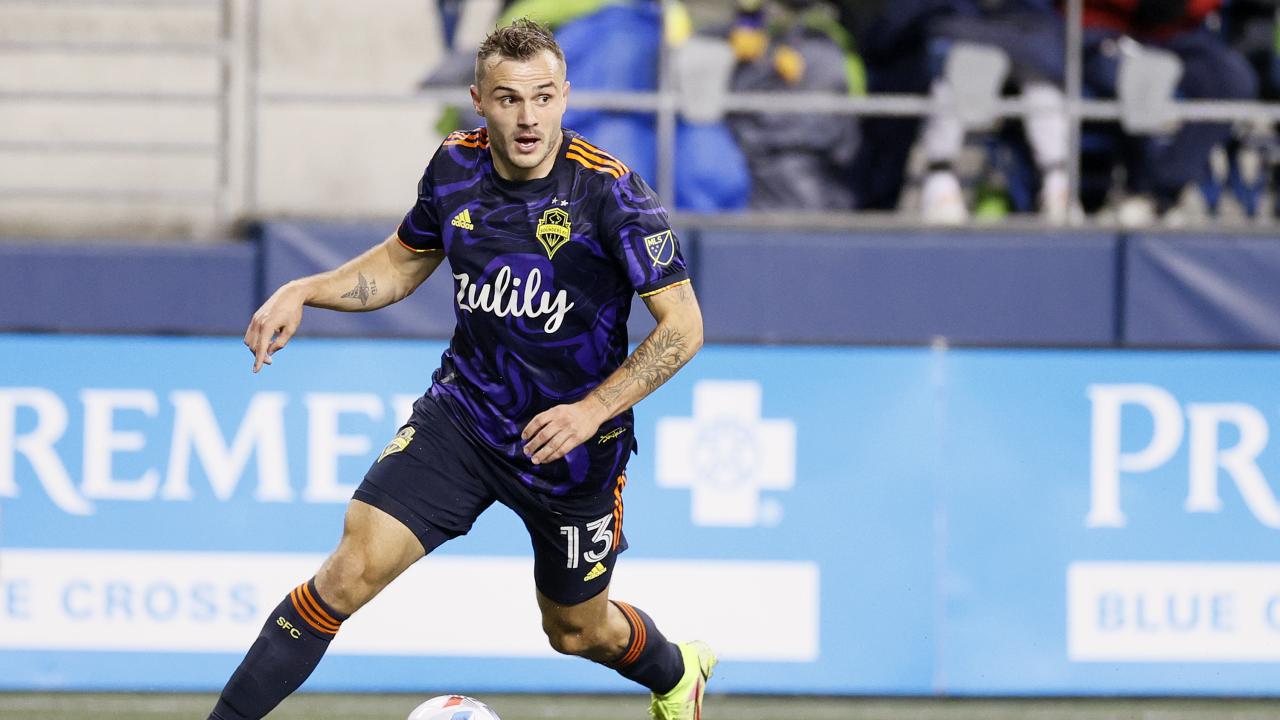 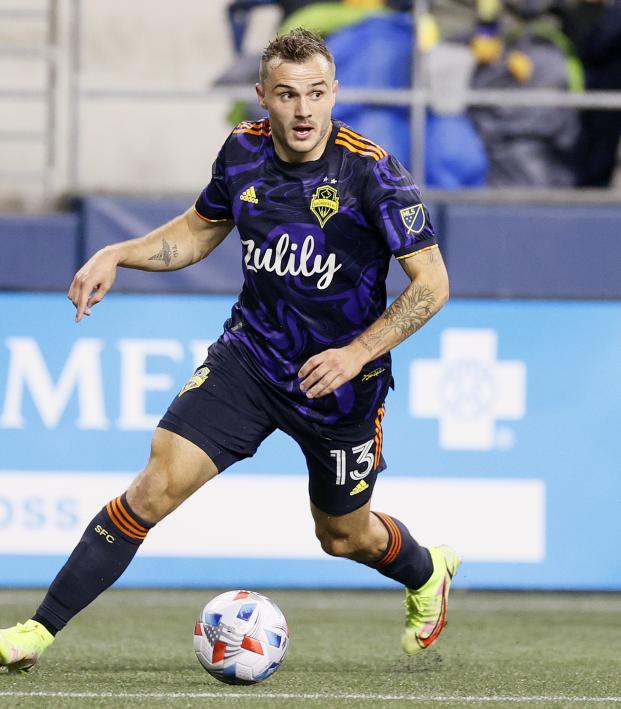 The Clueless Fan’s Guide To The 2021 MLS Cup Playoffs, Complete With Predictions

After a remarkable Decision Day that ended with Colorado atop the Western Conference and Salt Lake in the postseason at the expense of the LA Galaxy, it’s time to begin our countdown to the Cup final on Dec. 11 with some MLS playoff predictions.

Thankfully, this season’s action begins after the November international break so there’ll be no awkward space between the first round on Nov. 20 and the conference semifinals on Thanksgiving. 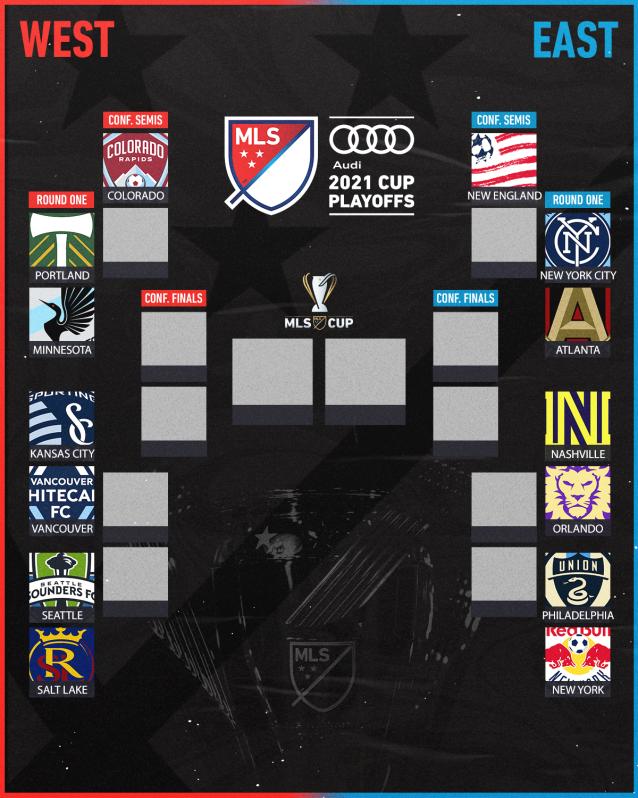 In the Western Conference there’s a beautiful symmetry with the six clubs missing the cut being comprised of the three California sides and three Texas teams. Houston finished bottom, resulting in the firing of manager Tab Ramos, while Austin went the traditional expansion route of conceding a shit load of goals.

We have nothing bad to say about Dallas since they’re providing us with Ricardo Pepi and Jesús Ferreira, but what a disaster for the big-spending Los Angeles clubs.

In fact, of the five teams with the highest guaranteed salaries, only one made the playoffs — Atlanta United. The Galaxy, Toronto FC, Inter Miami and LAFC all missed the cut.

That means the playoffs are without the league's four highest paid players: Carlos Vela, Chicharito, Gonzalo Higuaín and Alejandro Pozuelo. Chicharito finished with 17 goals in 21 games and Higuaín led Miami in goals and assists, but both Pozuelo and Vela disappointed while missing time with injuries.

There’s a strong sense that Vela — the 2019 MVP and the league’s highest paid player — has played his final game in Los Angeles with his contract expiring and a rumored move back to Europe a possibility.

In the Eastern Conference, the Columbus Crew — a trendy pick to win it all in preseason — missed the line by one point, as did Paul Arriola’s D.C. United.

The Wooden Spoon goes to Cincinnati after a four-win season in which the club racked up a goal difference of negative 37. After conceding 75 goals as an expansion team in 2019, Cincy showed some great progress by bringing that total down to 74 this year.

Speaking of consistent failure, Chicago missed the playoff line by 14 points and dismissed manager Raphaël Wicky at the end of September. Victor Wanyama’s Montreal fell to Orlando on Decision Day to get knocked out, but there’s no shame when this is the game-winner:

Toronto — with Pozuelo, Jozy Altidore and Yeferson Soteldo — and Miami — with Higuaín, Rodolfo Pizarro and Blaise Matuidi — face massive off-seasons. It’s being reported that Toronto is about to land Bob Bradley, while Phil Neville needs to find immediate success next year or David Beckham’s going to turn his ass to grass.

Who’s Going Home In The First Round

No team enters the playoffs with more defeats (14) or goals conceded (54), but Pablo Mastroeni’s men secured their spot with an insanely dramatic 95th-minute winner on Decision Day.

Their reward is a trip to Seattle to play the side that’s reached MLS Cup in four of the past five years.

Portland and Minnesota met twice during the regular season with the Loons winning both. The key to beating Minnesota is straightforward — stop Emanuel Reynoso and it all falls apart, but the Timbers aren’t really built for that. However, they’ve got their own Argentine maestro in Sebastián Blanco and it’ll be a direct duel between the playmakers.

Still, this is a Minnesota team that's taken a step back since reaching the conference final last year.

Twenty-five-year-old Scottish attacker Ryan Gauld might be the league’s most underrated player, but the Caps are really just happy to be here.

Sartini: “It’s good that we don’t play for two weeks, because tonight we’re going to get so drunk, we wouldn’t be able to play tomorrow.”

The playoffs return to Yankee Stadium and Atlanta couldn’t be more excited.

“I don’t want to see you guys kind of going and running with the storyline of Yankee Stadium,” Brad Guzan said. “Wherever the game is being played, whether it’s in Central Park or Yankee Stadium or wherever, we’re going to be ready for it because we know we got a fantastic opportunity now to try and do something special.”

Manager Gonzalo Pineda didn’t get the message, saying, “It’s challenging to play in Yankee Stadium to be honest. It’s a very small field and it’s also, like, twisted and it’s always visually not great when you’re on the field in there.”

Hope Gonzalo Pineda has some tactics up his sleeve for playing in a studio apartment. #UniteAndConquer pic.twitter.com/X0GgkgkWeA

Nashville hasn’t lost at home all season, winning eight and drawing nine, while the three meetings between the home side and Orlando City all finished in a stalemate. Remarkably, Nashville drew over half of its matches in the regular season (18 ties) on the strength of a defense that allowed only 33 goals.

But with goals in four straight games, Daryl Dike is not who you want to be seeing right now.

The Red Bulls are hot. Over the past 12 matches, New York has collected 25 points, which is joint-most alongside Portland. However, Philadelphia isn’t far behind on 22 points and it’s tough to envision the Union choking again after losing in the first round as Supporters’ Shield winners in 2020.

The Rapids won the Western Conference with their shoestring operating budget of $9.89 million (Carlos Vela himself earns $6.3 million). Robin Fraser is a favorite for Manager of the Year honors, and Colorado achieved its best regular season without a regular goalscorer (Michael Barrios leads the team with eight).

Portland, however, is rolling and boasts a lot more playoff experience than the Pids.

I’ll give the advantage to Seattle at Lumen Field with Nico Lodeiro, Raúl Ruidíaz and Jordan Morris playing together for really the first time this season. Peter Vermes’ side is entering the playoffs on a three-game losing streak, with the manager less than enthused about the league’s officiating of late.

A part of me believes that Golden Boot winner Valentín Castellanos shatters New England’s historically great season, but then I think about Matt Turner flying around between the sticks and I change my mind.

Could the Timbers really beat the Sounders in Seattle to clinch a spot in the final? The sides have met three times this season with the visitor winning every time, so why not.

The last three Supporters’ Shield winners have failed to advance to the final, and that trend continues with the Revs. However, from a neutral’s perspective, it would be fascinating to see New England compete in a sixth MLS Cup final having lost the previous five.

I don’t really know how I ended up here, but honestly that makes me feel good about the whole exercise — that’s usually how the playoffs work.