Chile Or Ecuador, Who's Going To The World Cup? 5 Possible Scenarios Ahead Of FIFA Decision 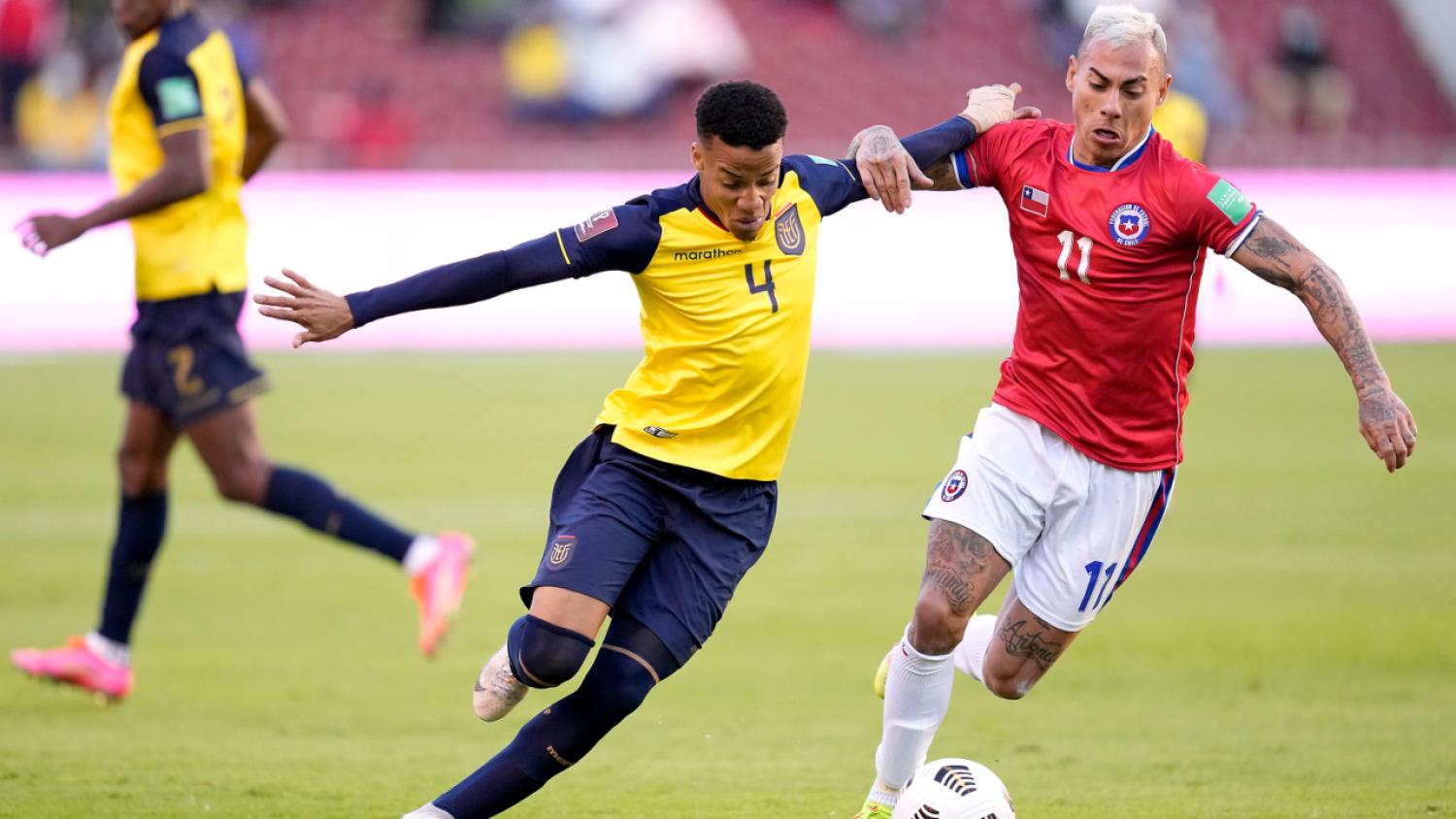 We'll have a verdict on Friday.
Getty Images

FIFA decides on Friday, June 10, if Ecuador should be disqualified from the 2022 World Cup or not — all in the context of a formal complaint filed by Chile questioning the nationality of defender Byron Castillo.

According to the Chilean federation, Castillo is not eligible to play for Ecuador because he is actually Colombian. Gasp! And as a punishment for this administrative violation, La Roja is asking to deduct all the points Ecuador won when Castillo was fielded and to then add them to its opponents. The move would see Ecuador disqualified from the World Cup and Chile — which finished seventh in the CONMEBOL qualifiers — going right into Group A alongside Qatar, Senegal and the Netherlands.

Eduardo Carlezzo, the lawyer representing the Chilean position, says the quantity of evidence pointing out Castillo is not Ecuadorian is extensive. Among other elements, it includes the absence of a birth certificate in Playas, the town he claims to be born, falsified documents and official papers from the Colombian government — baptism and health care certificates — proving the accusation.

Chile also supports the case with a previous investigation lead in Ecuador, in which the nationality of Castillo — and more than 70 other players — was already put in doubt. The player was even cut from a U-20 squad for some issues with his documents.

He states that there are inconsistencies and believes documents were falsified.

“There are no fingerprints on the document”.pic.twitter.com/6AyUCY0mpB

Of course Ecuador denies the accusation, claiming everything is in order and blaming Chile for mounting a media circus around the situation.

"The Chilean Federation and its lawyer have set up a media circus around the Byron Castillo issue," Francisco Egas, president of FEF, told reporters. "They are being irresponsible and disrespectful to the player, the FEF, our local authorities and the whole country."

Is Ecuador going to the World Cup? Five scenarios ahead FIFA decision

With both positions clear, the next step is finding out what FIFA decides. And in anticipation of the ruling, here are the five possible scenarios in the dispute.

#1. FIFA keeps everything as it is

I hear you, Chile, but there is no foul here. Ecuador goes to the World Cup with Byron Castillo in the squad.

Chile is right about Castillo's eligibility and decides to sanction the player with a few months out of official tournaments. At the same time, FIFA absolves Ecuador from any wrongdoing and allows Ecuador to play in the World Cup.

#3. Ecuador is disqualified and Chile goes to the World Cup

FIFA agrees with Chile in everything, including the sanction. According to La Roja, the way to go is to strip Ecuador of all the points won with Castillo in the field and add them to the opponents. Chile got just one of six points against Ecuador during the qualifiers, and receiving those five extra points would see La Roja leapfrog from seventh to fourth place, surpassing Perú and Colombia in the standings.

Perú and Colombia will not receive extra points in this scenario because Castillo didn't play against them.

#4. Ecuador is disqualified, but Chile doesn't go to the World Cup

In this situation, FIFA admits Ecuador's wrongdoing and disqualifies the country from the tournament but doesn't distribute the points won with Castillo in the field among the other national teams. In this case, Perú would qualify directly for the World Cup, and Colombia would have to play the intercontinental playoff against Australia.

It's possible, but since the playoff between Perú and Australia is on Monday, June 14, it's hard to see a world where that happens. Not impossible, but unlikely.

#5. Italy goes to the World Cup

It's a far-fetched scenario going around in Italy, where who knows who claims that the Azzurri have the right to fill the eventual spot left by Ecuador because it's the best national team in the FIFA ranking currently not going to the World Cup.

However, people from FIFA and the president of the Italian federation, Gabriele Gravina, have already downplayed the possibility.

"The chance is zero," said Gravina. "Europe has 13 places, and all of them have been filled. If there is a vacant position in South America, it will fall into the hands of a South American country."

Finally, it's worth mentioning that whatever the FIFA decision is on Friday, the parties have the chance to appeal.