Gonzalo Higuaín breaks into tears after announcing his retirement from soccer 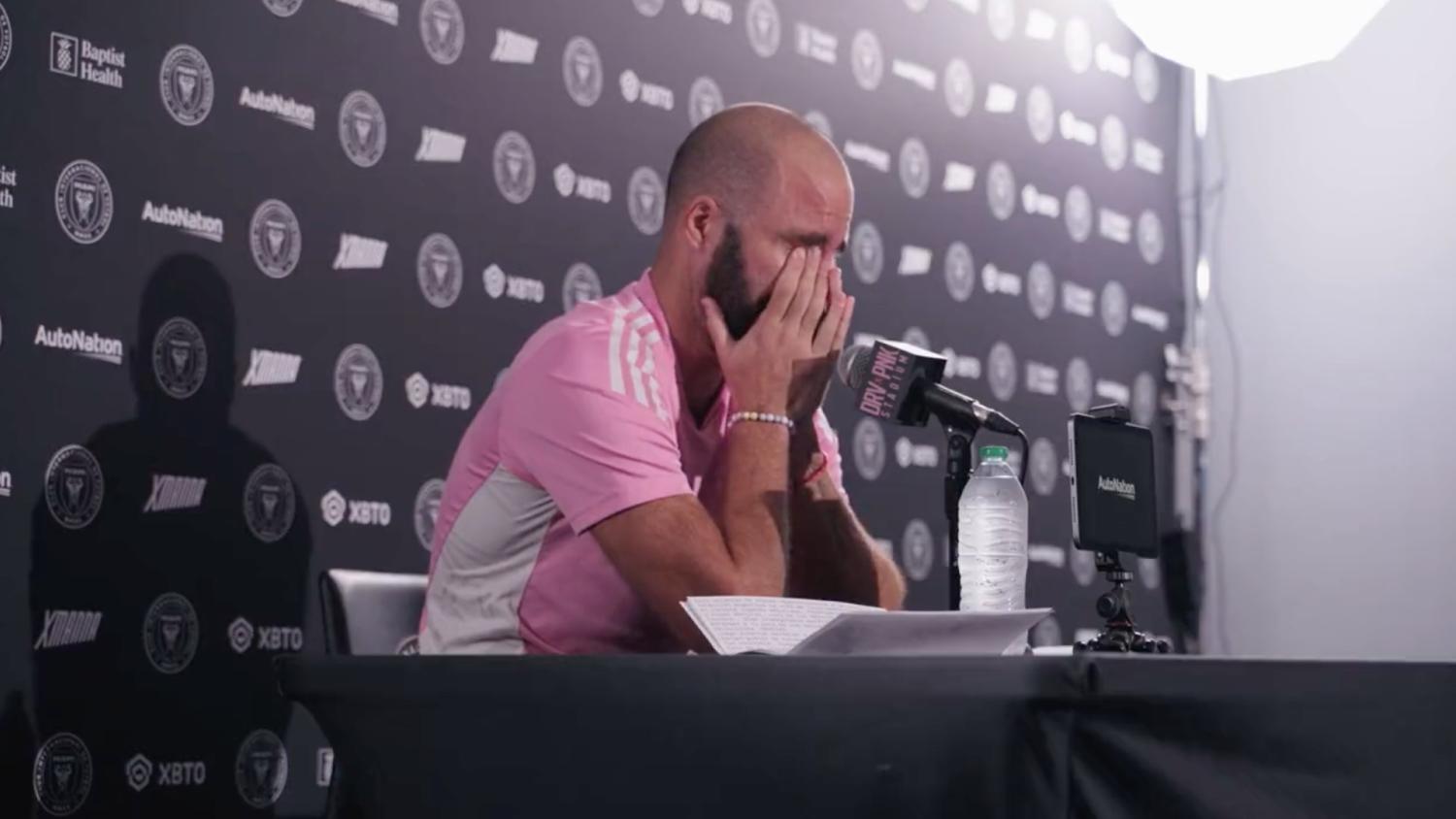 Argentine forward Gonzalo Higuain will retire at the end of the season, the 34-year-old said on Monday, bringing the curtain down on a trophy-laden career that lasted almost 18 years.

Higuain started his career with River Plate but made a name for himself at Real Madrid, Napoli and Juventus before moving to Major League Soccer club Inter Miami in 2020, scoring over 300 goals in his club career and 31 times for Argentina.

"After the most wonderful career I could have had, I feel that football has given me so much," a visibly moved Higuain told reporters. "Many thanks to those who have always believed in me ... the time has come to say goodbye."

After making his debut at River Plate in 2005, Higuain moved to Real Madrid where the striker scored 121 goals, winning three LaLiga titles, a Copa del Rey and two Spanish Supercups.

But it was in Italy where he truly made his mark when he equaled a league record of 36 goals in a single season with Napoli and helping the team win the Coppa Italia.

His form in Naples earned him a 90 million euros ($88.29 million) move to Juventus where he won three league titles and two more Italian Cups. Higuain also had loan spells with AC Milan and Chelsea before his move to the MLS.

With Argentina, the closest he came to winning trophies was when they finished runners-up at the 2014 World Cup and Copa America in 2015 and 2016.

Inter Miami said Higuain would lead the side in their final regular season home games against Orlando City on Wednesday and Montreal on Sunday, with a playoff spot still on the cards.