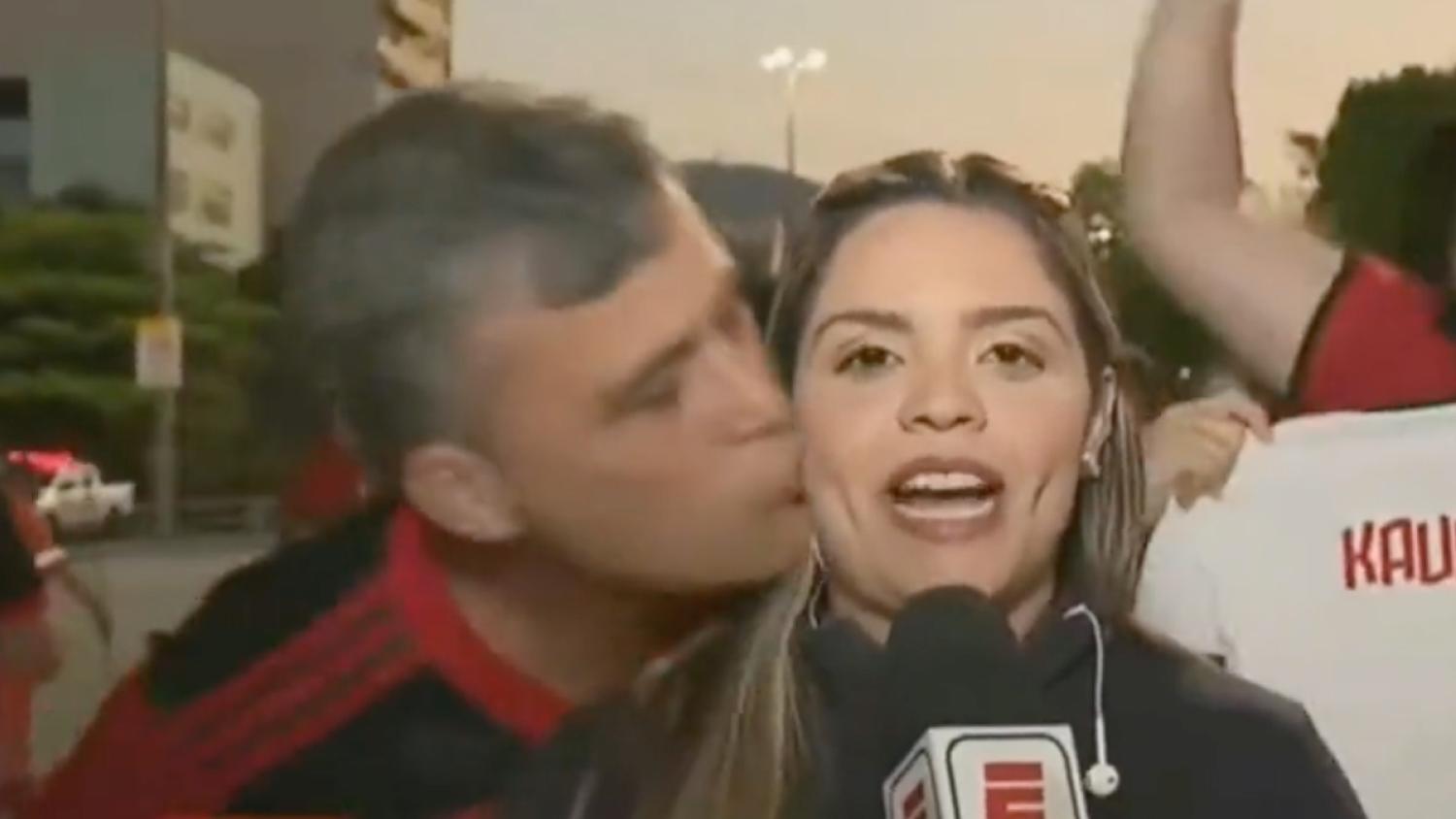 Without consent, of course.
ESPN Brasil

On Wednesday night, a Flamengo fan was arrested by Brazilian police moments before his team faced Vélez Sarsfield in the Copa Libertadores semifinals. His crime? Kissing an ESPN reporter on her cheek without consent.

And while for some this might sound excessive, the truth is that it's not.

The kiss was captured on live TV while journalist Jéssica Dias was reporting on the atmosphere outside the Maracanã before the game. Fans were chanting and supporting Flamengo in the background when a middle-aged man approached Dias and kissed her. She kept talking with her colleagues in the studio after the incident, but her discomfort was evident.

Once the cameras stopped recording, the police approached the scene and arrested the fan who was accused of harassment. According to Dias, the kiss wasn't the only piece of improper behavior from the fan. The reporter wrote a post on Instagram detailing the awful experience.

The reporter told her followers that the fan was being rude before the live dispatch, cursing and then apologizing, "rubbing my shoulders and kissing them."

Dias felt at risk by the acts of this man and wanted to be clear about it.

The journalist ended her account by pointing out the aggressor was with his underage son, who apologized for the terrible acts of his father.

Flamengo, as a club, didn't want to be linked with its fan behavior and condemned the acts immediately.

"It is unfortunate that disgusting acts like this, which do not represent the Rubro-Negro nation, still happen," they said in a press release.

Flamengo defeated Vélez Sarsfield 2-1 (6-1 aggregate) and will play the Copa Libertadores final against Athletico Paranaense on Oct. 29. El Furação got its tickets to the final after beating the two-time champion Palmeiras last Tuesday.