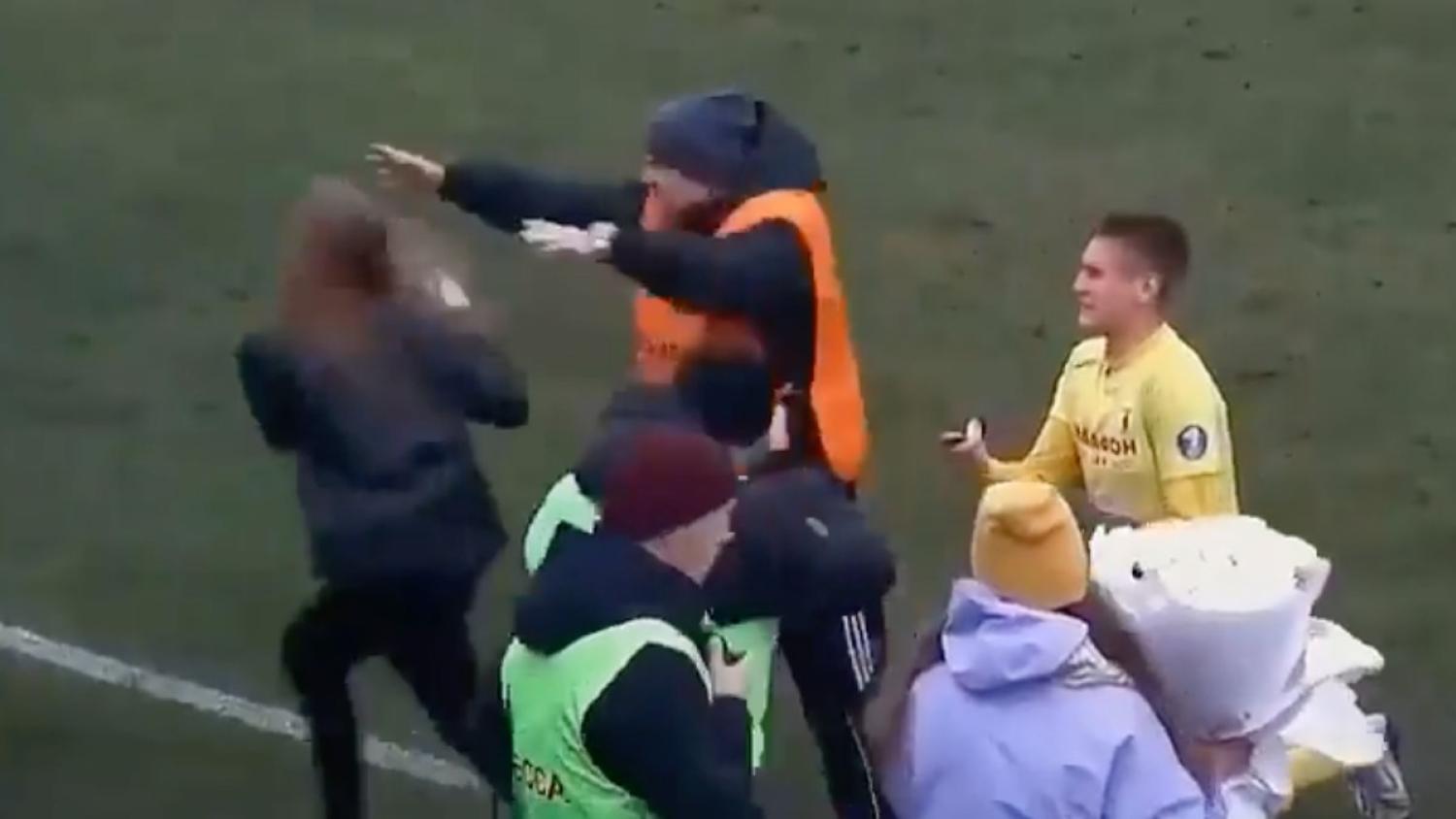 Imagine you are kneeling to propose to your girlfriend and suddenly, a security guard comes into the scene and pushes her aggressively, ruining the romantic mood. Well, something like that happened in a game in the second division of Belarus when defender Vladislav Shubovich tried to pose the question after scoring a penalty in a game between FC Smorgon and Volna-Pinsk.

Shubovich had planned to propose to his girlfriend Elena at the end of the game, celebrating their life together but also FC Smorgon's promotion to the local Premier League.

However, when the ref called a penalty for FC Smorgon, Shubovich's teammates convinced him that that was the moment.

The defender didn't disappoint from the spot and, after scoring, ran toward Elena, ready to ask her to be his wife.

"When Vlad scored the penalty, something strange happened at the stadium. There was a fuss on the field, but I did not really pay attention to it," recalled Elena in an interview with Zerkalo.io. "I was happy with the goal because my man scored it. But at some point, Vlad raised his hand and started calling me. I was confused and didn't understand what to do. And suddenly, people in the stands shouted at me, 'go to the field.' And I went."

Elena finally realized what was going on and started crying, but while she was reaching the sideline and Shubovich started to kneel to ask her hand, a steward that clearly didn't receive the memo pushed the bride-to-be, thinking she was invading the pitch.

Everybody in the stadium wanted to punch the security guard, but then he quickly realized the mistake and apologized so that Shubovich could finish the job.

Elena said yes and swore there is no grudge against the steward.

"He was very embarrassed," she said.