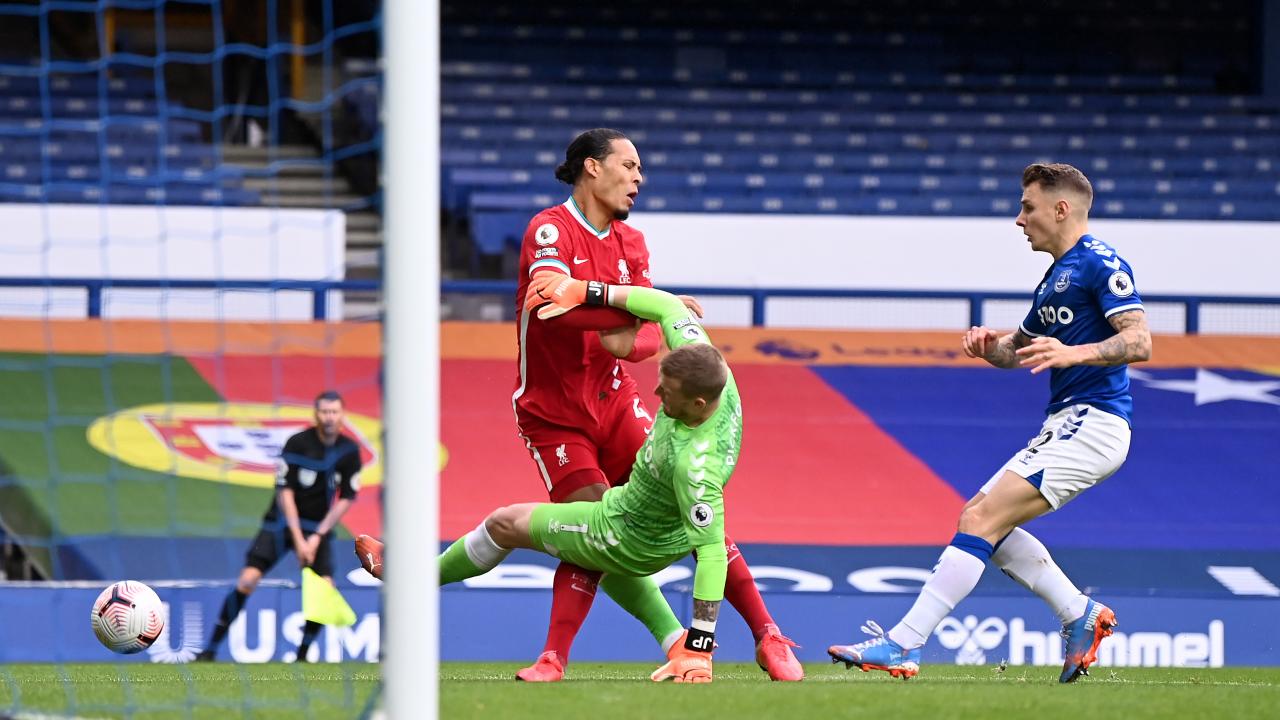 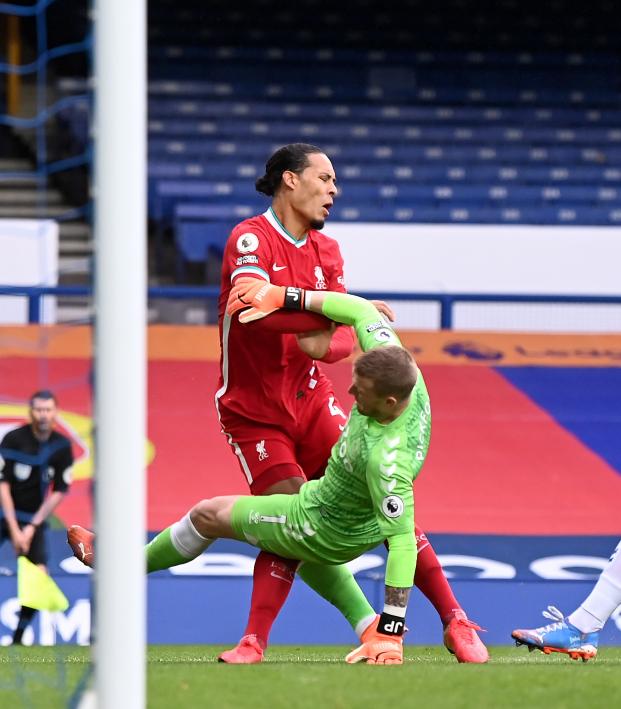 Reuters October 18, 2020
His status for the Netherlands at next summer’s Euros is now in question.

Liverpool center back Virgil van Dijk has damaged knee ligaments and is set to undergo surgery after he was injured in Saturday's Merseyside derby draw against Everton, the Premier League club confirmed on Sunday.

The Dutch defender was substituted early in the game when Everton goalkeeper Jordan Pickford made a reckless challenge in the box, which left Liverpool manager Jürgen Klopp fuming.

"Liverpool can confirm Virgil van Dijk will undergo surgery on the knee injury he sustained during Saturday's 2-2 draw at Everton," the club said in a statement. "The center back damaged knee ligaments following an incident involving Blues goalkeeper Jordan Pickford after six minutes at Goodison Park."

The club did not specify a timescale for the 29-year-old defender's return to action. However, cruciate ligament injuries normally take months to recover from, potentially ruling Van Dijk out for the rest of the season while also dealing a blow to the Netherlands ahead of the Euros next summer.

Reigning league champions Liverpool are second in the standings after five games, three points behind Everton.

An ever-present leader in the back line, the $96.85 million club-record signing has played 50 games in each of the last two seasons for Liverpool, which includes every league match. Liverpool are also short in central defense with Joe Gomez and Joel Matip the only fit senior center backs available ahead of a congested schedule where they play six times in 18 days before next month's international break.

Liverpool begin their Champions League group stage campaign at Ajax on Wednesday and Van Dijk's absence leaves another hole at the back with goalkeeper Alisson also sidelined with injury.