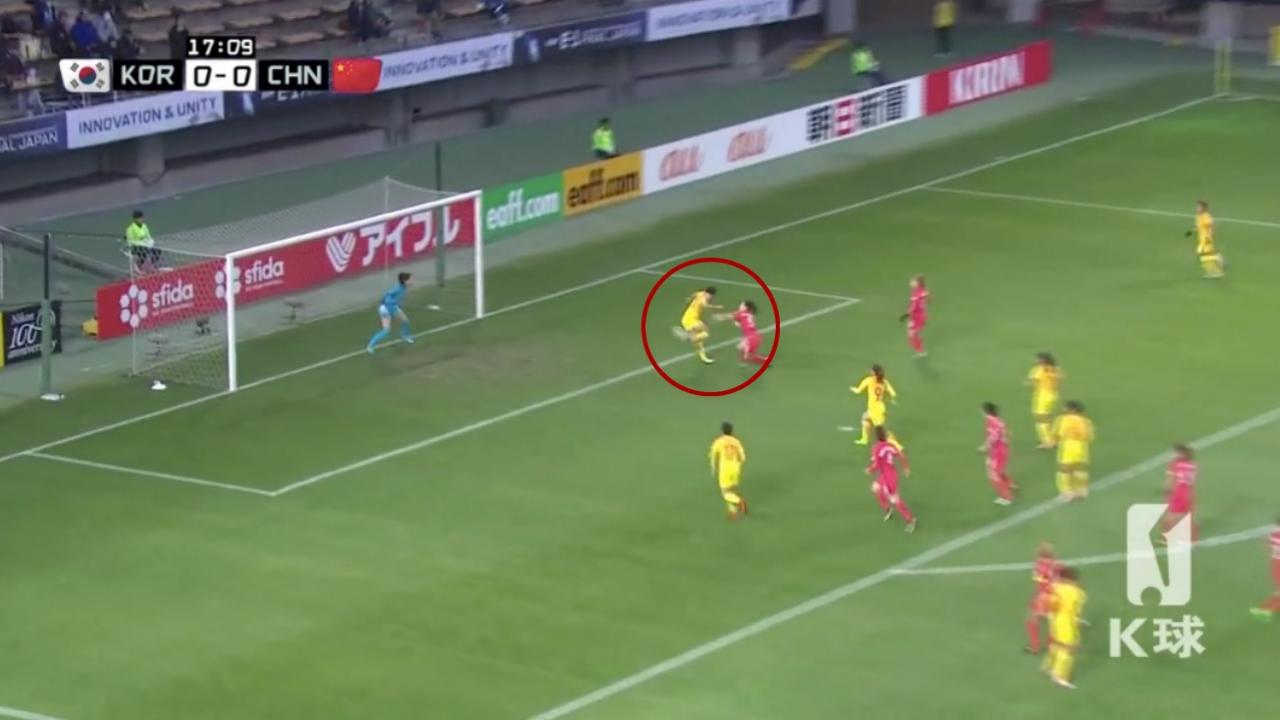 China’s Wang Shanshan scored the kind of goal that comes from crossing the DNA of Tobin Heath and Lieke Mertens in the EAFF E-1 Football Championship (the women’s football championship of East Asia) today.

The sometimes defender, sometimes forward kept it poacher after South Korea cleared a Chinese corner in the 18th minute. However, the ball made its way back into the box with a clipped effort over the top, and Shanshan was there to apply the most impudent of touches to steer the ball inside the near post with her heel.

China would win the match 3-1, finishing third at the tournament while condemning South Korea to a fourth-place finish. North Korea won the event after winning all three of their matches while Japan finished runners-up.