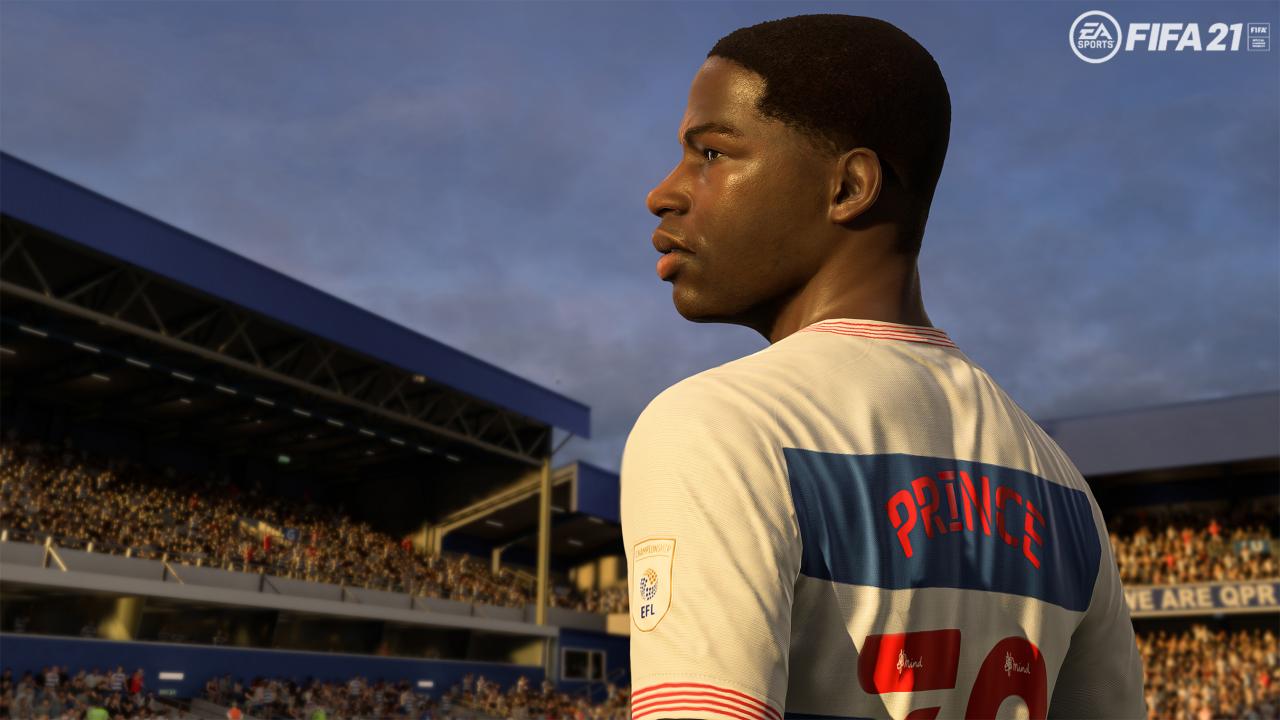 LONDON — Had a cruel twist of fate not intervened, Kiyan Prince might have graced the Premier League, earned England caps and shared pitches with the biggest names in soccer.

Sadly we will never know as in 2006, when aged 15, he received a single fatal stab wound to the chest outside his school after going to the assistance of a boy being bullied.

He was a highly-rated academy prospect at Queen's Park Rangers at the time and a professional career loomed with his coaches predicting he could go all the way.

On Tuesday, on the 15th anniversary of that tragic day, Prince was officially re-signed by his boyhood club QPR and given the squad number 30.

Simultaneously, a computer-generated character depicting Prince as he might look aged 30, will be available for selection for players on EA Sports' FIFA 21 video game.

Kiyan's likeness will also adorn some of the UK's most iconic billboards including Piccadilly Circus as part of an advertising campaign for JD Sports.

It is a symbolic moment for Kiyan's father Dr Mark Prince, a former IBF and WBO Inter-Continental light-heavyweight boxing champion, who says he has learned to walk with "pain and grief" since suffering every parent's worst nightmare.

Prince overcame his initial feelings of rage and revenge to dedicate himself to creating a lasting legacy for Kiyan and preventing other young lives being destroyed.

"The thing that God placed in my heart from the beginning was that your son is not going to die for no reason," he told Reuters at QPR's ground, named in 2019 in honour of the Kiyan Prince Foundation that Prince established to educate young people about the consequences of knife crime.

Special effects studio Framestore have designed Kiyan's character with help from scientists at the University of Bradford, family, friends, former teammates and coaches.

"I broke down when I saw Kiyan's in-game character for the first time," Prince, awarded an OBE in 2019 for his tireless campaigning to tackle knife crime, said.

"Through this campaign my hope is that the world finally gets to glimpse Kiyan's incredible potential fulfilled. We get to honour his talent and, hopefully, we can inspire other kids to honour their own talent too.

"Kiyan's life was an awesome one, always blessing, always working hard and being dedicated which is why other young people should know this young man. He deserves to be in the game."

Prince says that when his son was killed by Hannad Hasan outside the London Academy in Edgware, all he could think about was revenge. His faith in God helped him to change path.

He talks with a captivating passion and clarity as he describes those dreadful days when his son's killer stood trial.

"The enemy of revenge was pushing me and driving me and I knew that I was more than capable of breaking (Hasan's) neck in the courtroom, I just needed to get hold of him," Prince says.

"That was my dream on a daily and nightly basis. It was draining me thinking about killing Hannad all the time.

"I'm so pleased that I made this transformation. I said to God, 'I give up, this is bigger than me, you deal with it'. I can now see the product of that conversation in my life.

"I've learned to walk with pain and grief, learned to become a speaker, share my story with kids, crowds, talk to the press. Slowly as the journey has gone on I've seen bits and pieces falling into place."

Through the Kiyan Prince Foundation, Prince gives motivational talks and workshops to help young people make better choices and turn away from violence.

He said he regularly receives cards from children saying they "will never carry knives again".

"They understood the power of not reacting the way your emotions are driving you to react, but making a conscious decision and taking your destiny where you want it," he said.

Former QPR, Newcastle United and Tottenham Hotspur striker Les Ferdinand, now QPR's Director of Football, has got to know Prince well and is full of admiration for his work.

"He has kept Kiyan's legacy going by going into organisations every day and having to re-live that moment every single day so the amount of strength that requires, he's a massive inspiration," Ferdinand told Reuters.

"We brought Mark into the training ground two years ago to talk to the players and you could have heard a pin drop. To a man they were inspired by what he said."

Ferdinand said the inclusion of Kiyan in the EA Sports platform could send a powerful message against carrying knives.

"Most of these guys, this generation, they play FIFA, they will see Kiyan and if that can change just one of their mindsets then it will be a benefit," he said.