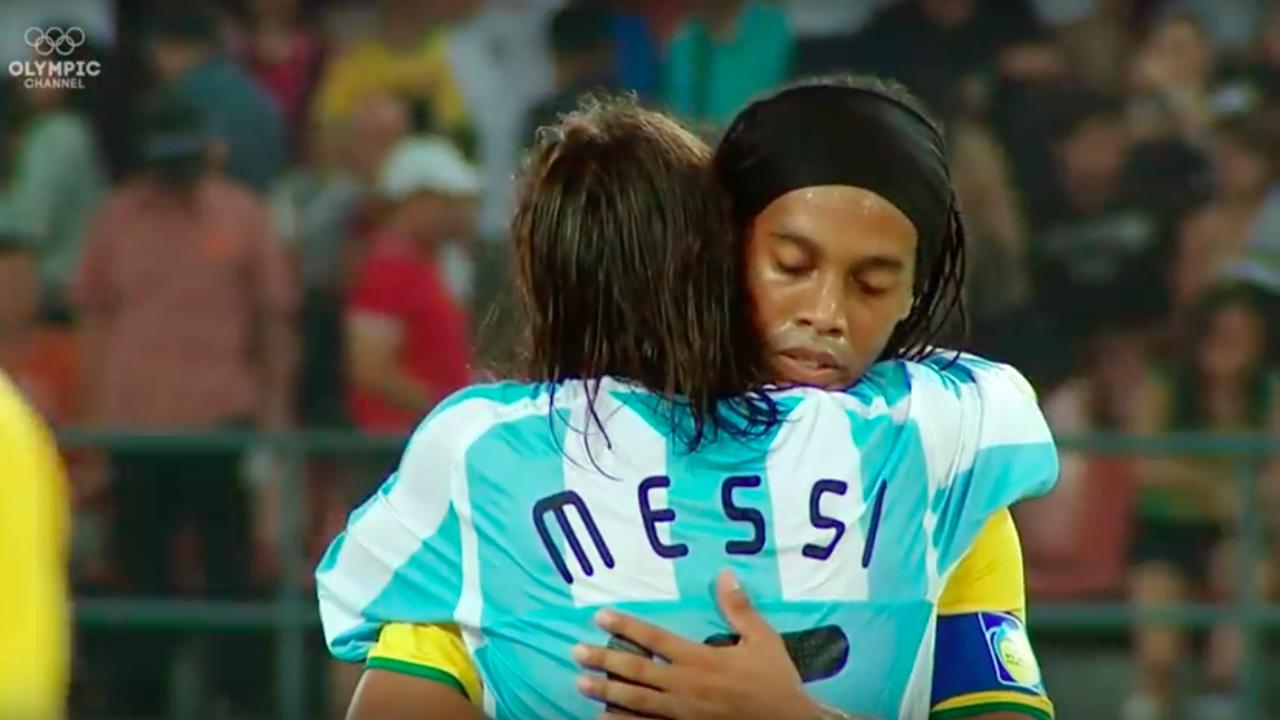 The crowning achievement of Lionel Messi’s international career remains the gold medal he captured as a 21-year-old at the 2008 Summer Olympics. It was a loaded Albiceleste squad with further attacking firepower provided by Sergio Agüero, Ángel Di María and Ezequiel Lavezzi, but Messi and Argentina were hugely reinforced by the over-age inclusions of Javier Mascherano and Juan Román Riquelme.

While Mascherano would continue to fight tooth and nail for Argentina up until his international retirement following the 2018 World Cup (including his anus-tearing, fire-dousing, 30-tackle effort at the 2014 tournament), Messi could’ve certainly used the help of a midfield maestro like Riquelme over the course of the last decade.

Playing in a 4-3-3 formation, this side had a spectacular balance between its midfield (Riquelme, Mascherano and Fernando Gago) and attack (Messi, Agüero and Di María). The defense wasn’t a shambles either with Sergio Romero in goal (he’s gone on to collect 96 caps) and Pablo Zabaleta and Ezequiel Garay in the backline.

Given license to attack and create, Messi was devastating for Argentina. In the 2-1 victory over the Netherlands in the quarterfinals, he registered a goal and an assist. In the 1-0 win over Nigeria in the gold medal match, he provided the assist on Di María’s winner in the 58th minute.

Things haven’t been the same for Argentina’s U-23 side since: They failed to qualify for the 2012 Olympic Games in London and were eliminated at the group stage during Rio de Janeiro 2016.

Qualifying for Tokyo 2020 is reaching a climax with Argentina, Brazil, Colombia and Uruguay currently battling for CONMEBOL’s two spots. If Argentina qualifies, the star of the show will be 22-year-old Inter Milan attacker Lautaro Martínez. He already has nine goals in 17 senior appearances, including a hat-trick against Mexico last September.