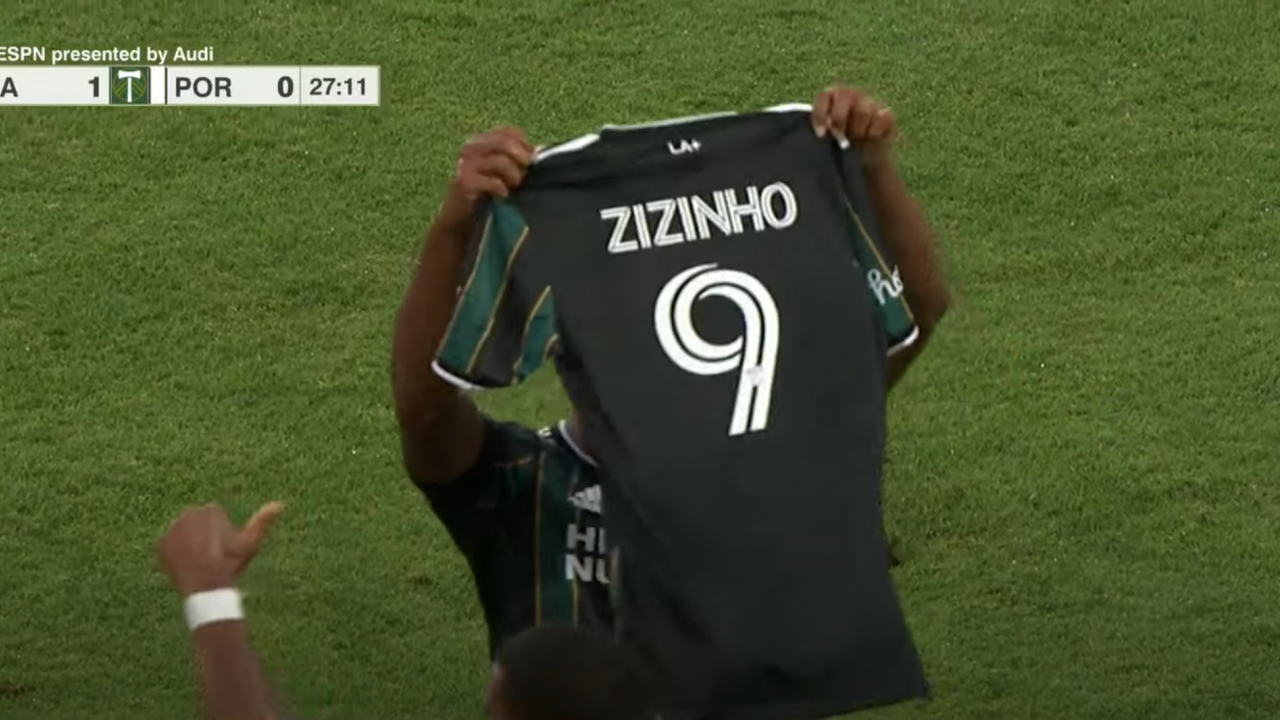 That was one helluva tribute for Zizinho.

Rayan Raveloson hit a spectacular overhead kick to open the scoring in the LA Galaxy’s 4-1 win over Portland on Friday, but even better than his goal was the team’s celebration of it. Raveloson and his teammates immediately ran to the bench to grab a jersey of a player who had never played a game for the club.

Geraldo Francisco dos Santos, better known as Zizinho, had a long, prolific playing career in Mexico. But the Brazilian will probably be remembered more as a father than a footballer. His sons Giovani and Jonathan dos Santos have become two of Mexico’s biggest stars over the last decade, and both have played for the Galaxy. Jonathan is still a member of the Galaxy, though he has been away with the Mexico national team for the Gold Cup.

Zizinho died from Covid-19 on Thursday at the age of 59, hours before Mexico beat Canada in the Gold Cup semifinals. Jonathan played in the match, with El Tri coach Tata Martino saying it’s what his dad would have wanted.

Jonathan’s teammates rallied around him after Orbelín Pineda scored the opener as Mexico won 2-1 in Houston.

Jonathan Dos Santos, whose father passed away earlier today, is surrounded by his teammates after Mexico's goal ❤️ pic.twitter.com/LV5qts5sbW

Similarly, Jonathan’s Galaxy teammates rallied around him after scoring the opener against Portland on Friday.

Raveloson rose high to hit a stunning bicycle kick in the 27th minute and the entire team knew how it wanted to celebrate. Raveloson held aloft a Zizinho jersey while Julian Araujo lifted up a Jonathan dos Santos jersey.

Hopefully more and more people are able to take the Covid-19 vaccine around the world so no more people die of Covid-19.