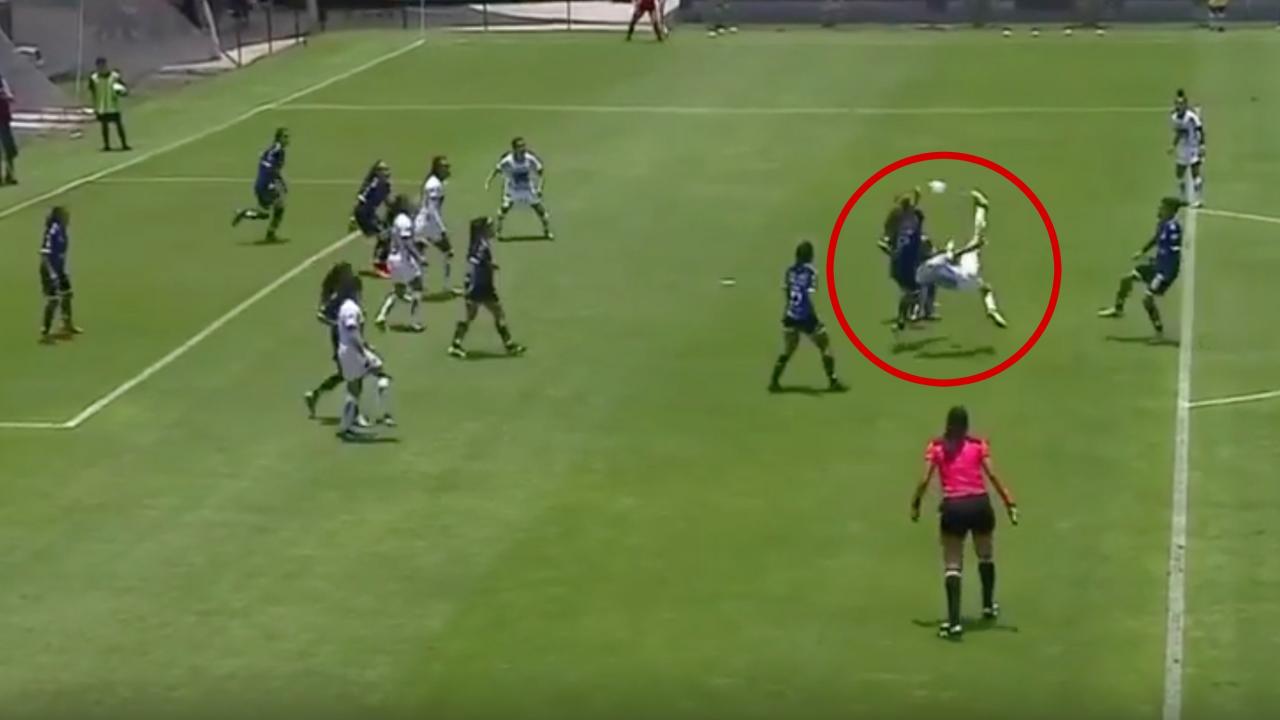 Jaquelin García scored a consolation bicycle kick goal for Las Pumas in a 2-1 loss to Querétaro in Liga MX Femenil on Saturday. I can’t stop watching it.

While effectively meaningless in the grand scheme of things, García’s incredible strike was not without merit. With three touches she scored what may be the best goal of Liga MX Femenil’s short history, which is saying something considering this wondergoal in the Apertura final last year and this golazo from Valeria Valdez.

Everything about this bicycle kick goal was perfect: The first touch to take the ball away from defenders, the second touch to set up the shot and the bicycle kick itself, which zipped straight into the corner of the goal. Despite four defenders closing down on García, the 21-year-old winger maintained her composure to pull off a goal Zlatan Ibrahimovic would be proud of.

And even though the goal was scored almost a week ago, I can’t stop watching it, so here it is again.

García’s effort was in vain as Querétaro won 2-1 to stake fourth place in the Apertura standings three matches into the season. UNAM, meanwhile, sits in 11th with one win.

Querétaro is back in action on Friday afternoon against Santos Laguna while UNAM takes on UANL on Monday.