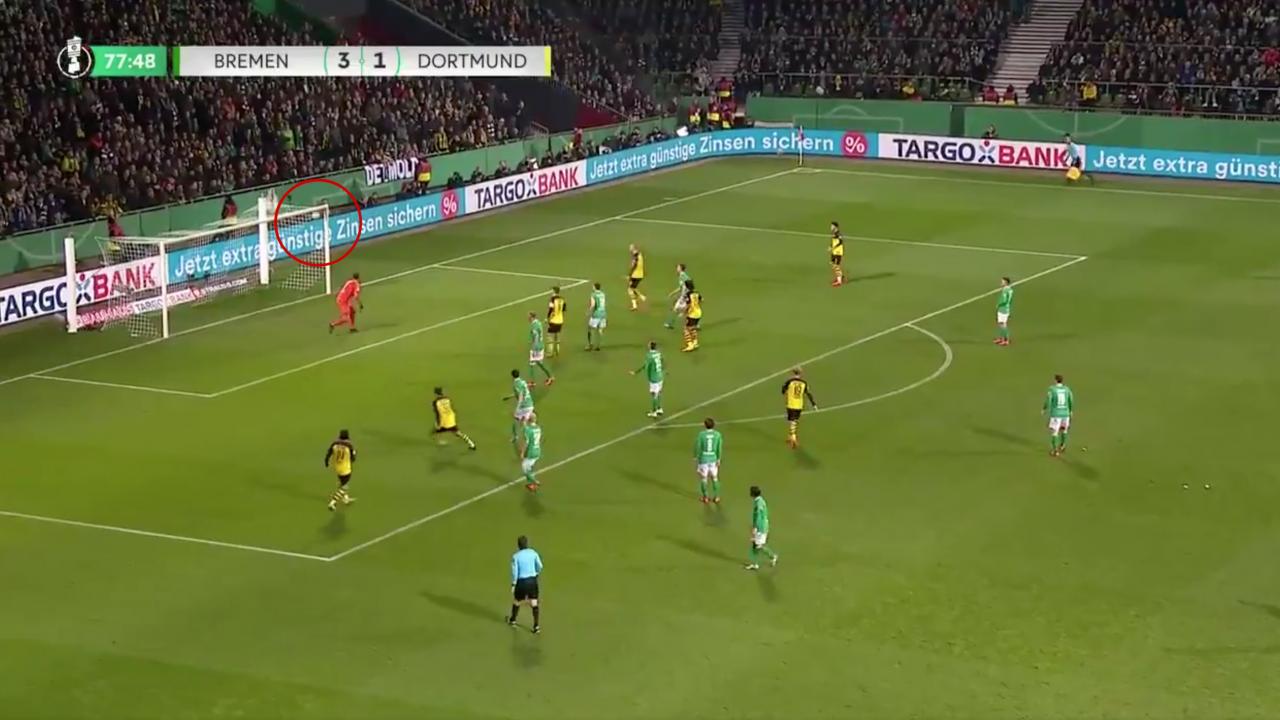 Somewhat lost in the hubbub of Erling Håland arriving at Borussia Dortmund has been the professional debut of 17-year-old American Giovanni Reyna. That’s understandable considering Håland seemingly scores once every 30 seconds.

Reyna, son of former USMNT captain Claudio Reyna, made his debut with BVB the same day Håland did. That day, the Norwegian striker scored a hat trick and stole all the headlines.

But Reyna upstaged his fellow teen on Tuesday, scoring a goal better than any of the 35 goals Håland has scored this season. In doing so, the American became the youngest-ever goal scorer in the DFB Pokal.

On as a sub in the 66th minute against Werder Bremen, Reyna helped pull his team back from a two-goal deficit and would have helped BVB equalize had it not been for the profligate finishing of Marco Reus.

Werder Bremen (and second-half sub Josh Sargent) held on to beat Dortmund 3-2 at the Weser Stadium, but not before a stunning Gio Reyna goal in the 78th minute made for a wild finish.

Bremen took a 2-0 lead into halftime with goals from Davie Selke and Leonardo Bittencourt, the latter of which was poised to be the best strike of the tournament until Reyna’s goal later in the match.

Håland scored in the 67th minute, because of course he scored, but Milot Rashica tallied a third goal to restore the two-goal lead three minutes later.

Then came the Gio Reyna goal.

The American who arrived from the NYCFC Academy danced around a few defenders before unleashing a perfect curler into the upper 90, leaving Jiri Pavlenka with zero chance of making a save.

We feel confident saying this was the best goal scored by any American since Christen Press scored a similar goal Monday night.

The drama wasn’t over for Reyna and Dortmund. Although the visitors couldn’t find an equalizer, it wasn’t for lack of effort.

Soon after the goal, Reyna was tripped up in the box and fell to the floor. Before he could fully stand up, Bremen defender Niklas Moisander grabbed him and threw him to the ground.

VAR was used to intervene on the interaction, but for some reason the referee gave Reyna a yellow card. Moisander was also booked, but no penalty was given. While there may not have been a foul in the run of play, after the ball was cleared Moisander clearly fouled Reyna in the box.

Nonetheless, Reyna and BVB pushed for another goal. The best opportunity came when Reyna teed Reus up in the box only for the veteran goal scorer to hit his shot straight at Pavlenka, and the match finished 3-2.

He just has three Bundesliga and one Pokal appearance to his name, but after the Gio Reyna goal again Bremen, we can’t wait to see what he does next, especially with Christian Pulisic out injured.