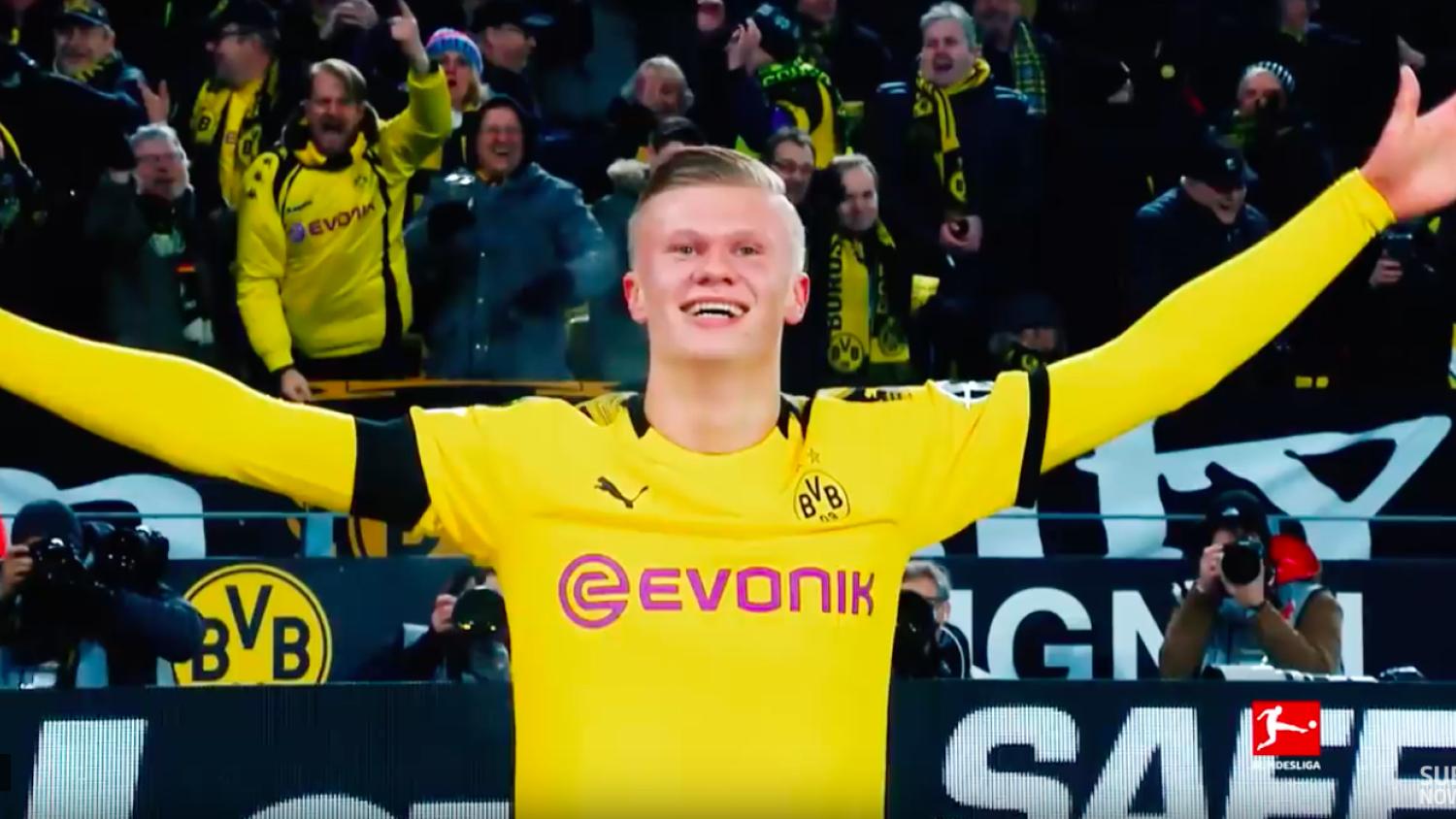 Five goals in less than an hour on the pitch for the 19-year-old Norwegian.
YouTube

It’s obviously far too early to say that Kylian Mbappé vs. Erling Haaland is the next generation’s version of Cristiano Ronaldo vs. Lionel Messi — and you can absolutely make fun of me for even bringing it up — but these two kids are not normal.

The 21-year-old Mbappé has already proven that he has no level. With a World Cup winner’s medal to his name and a Champions League strike rate of 19 goals in 30 appearances (to go along with 11 assists), there’s no doubt that Mbappé’s Ligue 1 domination would translate across all European leagues. He’s a phenomenon.

But whereas Mbappé has already cemented his reputation as one of the world’s most fearsome footballers, the 19-year-old Haaland is just getting started following his $22 million transfer from Red Bull Salzburg to Borussia Dortmund.

Despite the fact that Haaland scored nine goals in a single match at the 2019 FIFA U-20 World Cup and registered eight goals in his first six Champions League appearances (including a hat-trick against Genk), nobody could’ve foreseen the instant impact he’d make with Dortmund in the Bundesliga.

So far, the teenager has scored five goals in only 59 minutes of action (he’s come off the substitutes’ bench twice). On Jan. 18, he hit a hat-trick during a 34-minute debut cameo against Augsburg. Last Friday, he followed that up with two goals in 25 minutes against FC Köln.

Here are all five goals. This is the play of a kid that drives around town blaring the Champions League anthem out his car's speakers.

Grant Wahl has dubbed him the Paul Bunyan of soccer — “a 6-foot, 4-inch Norwegian man-mountain of a forward,” while Dortmund teammate Axel Witsel says the club hasn’t had a talent like him since Pierre-Emerick Aubameyang was banging them in at the Westfalenstadion.

What makes him so good? According to those that train with him daily, it’s everything: size, strength, technical quality, finishing ability, movement and an uncanny ability to read the game.

Haaland and Dortmund return to action on Saturday when hosting Union Berlin at 9:30 a.m. ET. That’s followed by a meeting with Werder Bremen — home of 19-year-old American phenom Josh Sargent — in the DFB-Pokal Round of 16 on Tuesday, Feb. 4.