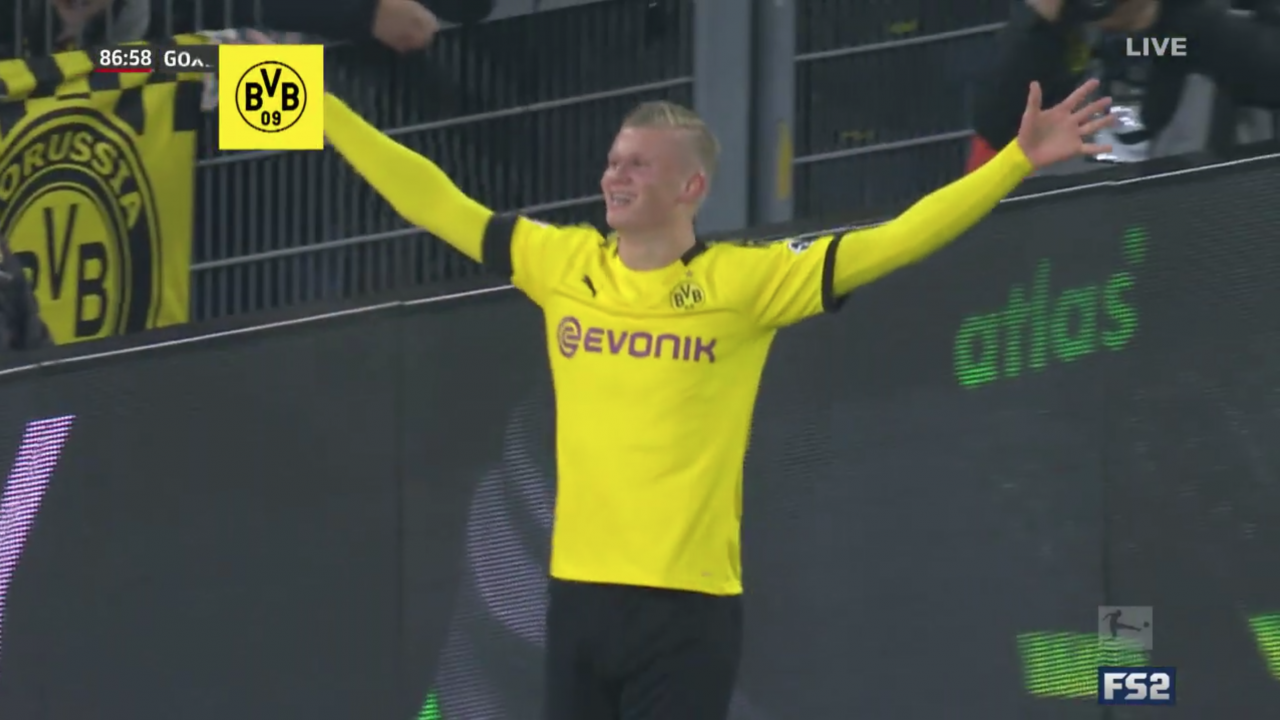 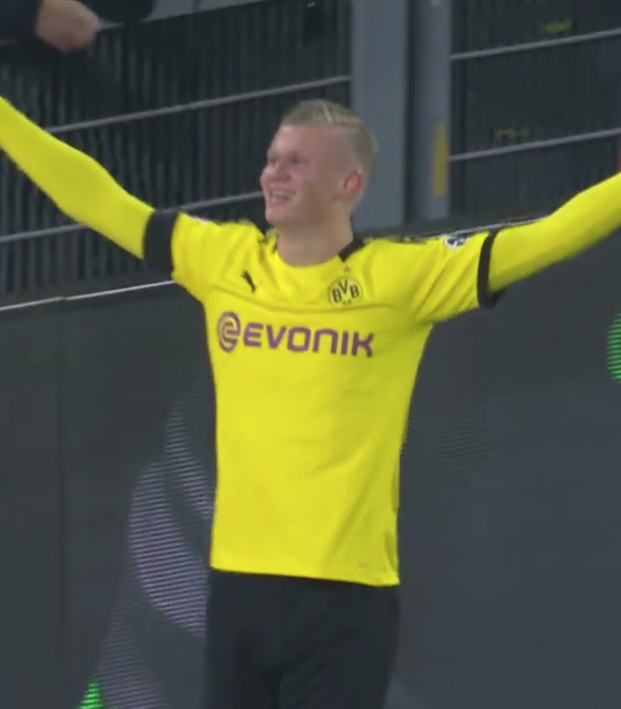 Travis Yoesting January 24, 2020
After three in his debut, Erling Håland scored two more in a substitute appearance for Dortmund on Friday.

Erling Braut Håland is a force of nature. The teenager scored a remarkable hat trick in his 34-minute Borussia Dortmund debut against Augsburg on Saturday. Given 25 minutes against Cologne, the Norwegian striker scored two more, including a ridiculous effort from an absurd angle to cap BVB’s 5-1 victory on Friday.

Through two substitute appearances totaling about 60 minutes (59 plus some stoppage time), Håland has scored five goals. That’s a rate of one goal every 12 minutes since joining the Bundesliga from Red Bull Salzburg earlier this month.

Borussia Dortmund rolled over Cologne on Friday, leading from the opening minute when Raphaël Guerreiro finished off a devastatingly quick offensive maneuver. Marco Reus added a second before halftime and BVB led 3-0 shortly after the break through a well-taken effort from Jadon Sancho, though Cologne did pull within 3-1 in the 64th minute.

Less than a minute off the clock, and @BlackYellow take the lead!  pic.twitter.com/FZJJNL0oNU

Another long ball from Hummels finds Reus, who doubles the lead after VAR overturns the offside decision. 2-0, @BlackYellow pic.twitter.com/Xc88pEpUbg

His 11th goal of the season makes it 3-0, Dortmund. pic.twitter.com/kJFrjn2fkm

But in the 65th minute, Håland came on and the match was essentially over. (Although Fox Soccer thought the match was over sooner, because it neglected to tweet out highlights of either of Håland’s goals until well after the match finished.)

The first Håland goal vs Cologne arrived in the 77th minute. The striker, who was born in Leeds, England, but plays for the Norway national team, showed great instincts in the box to poke home a rebound.

The second Håland goal vs Cologne arrived in the 87th minute, after a mere 57 minutes on the pitch in Bundesliga play — and it was a beauty.

Håland ran on to a through ball from Mahmoud Dahoud and with his first touch knocked the ball past Cologne keeper Timo Horn. After taking a second touch to prevent the ball from going out of bounds, it appeared as though Håland had lost his angle to take a shot and would cross to an open Guerreiro in the box.

But no, this is Håland, who does nothing but score goals, the next coming of Zlatan Ibrahimovic, or at least Robert Lewandowski.

What a start it’s been for the teenager, who fortunately for PSG is not cup-tied in the Champions League after scoring eight in the group stage for Salzburg. (UEFA did away with that rule in 2018.) Håland netted 16 in 14 appearances in the Austrian Bundesliga before transferring to Germany.

The @Bundesliga_EN has a new star, and his name is Erling Haaland.  pic.twitter.com/UtkteLF2Vc

Through all competitions, Håland has 33 goals in 24 matches, equating to 1,523 minutes this season. That’s an absolutely insane rate of one goal every 46 minutes.

I don’t know what else to say about this guy, other than that I wish he was American.

Oh, speaking of Americans — Giovanni Reyna made his second-career Bundesliga appearance on Friday against Cologne. The 17-year-old (and son of Claudio) became the youngest American to appear in the Bundesliga on Saturday and replaced Sancho in the 89th minute on Friday.