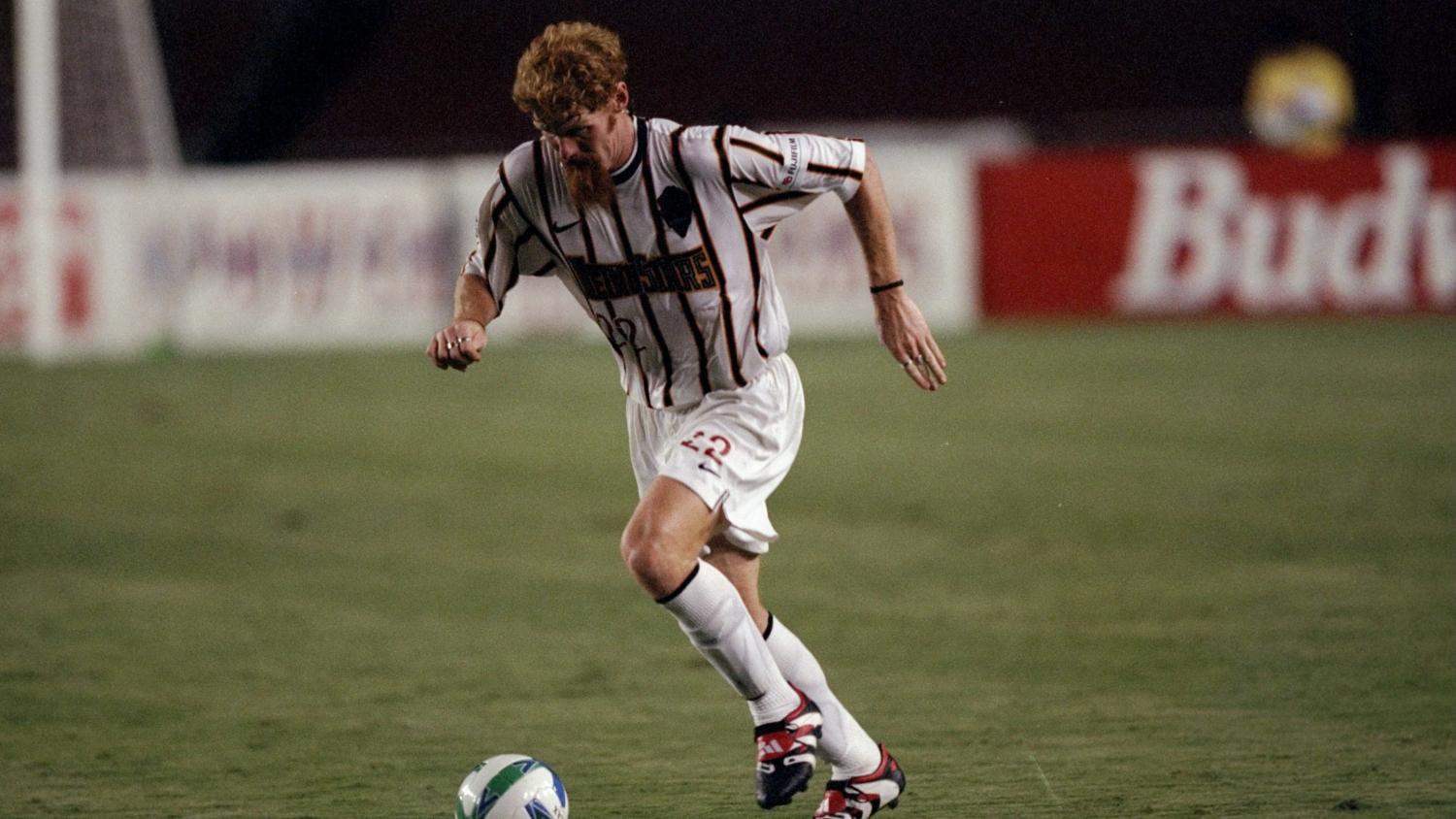 After those awful jerseys, it was Major League Soccer’s most iconic feature in the early days.
Getty Images

Depending on your viewpoint, the 1990s-era MLS shootout was either a great quirk or an embarrassing experiment. Some prominent American players want to bring it back.

When Major League Soccer first burst trickled onto the scene in 1996, the powers that be were convinced Americans would never suffer such indignity as allowing a match to end in a draw. Eccentric MLS shootout rules were devised to ensure every game concluded with a winner.

Instead of the traditional penalty kick shootout where players take shots from 12 yards out, MLS opted for a true shootout. Players started 35 yards from goal and had five seconds to take a shot against a goalkeeper who was free to move up off his line.

The winner of the shootout would get one point; the loser got nothing. It was oddly entertaining, if a bit unfair for the losing side.

Ultimately, by the 2000 season, the MLS shootout and other quirky rules (like the game clock counting down) were abandoned, caving to traditionalists.

But now, some people want to bring the MLS shootout back.

On Saturday, Major League Soccer tweeted out the above video along with a poll over whether it should bring back the infamous shootout.

Should we bring this back?

Responses were mixed. While many of the vocal replies were adamant against the shootout, about 45 percent of responders wanted to see it brought back at the time of publishing, including two big-name figures.

It was criticized and ultimately abandoned because of our understandable insecurity and desire to be authentic, but it was fun, unique and exciting. Love to bring it back. Much more related to the game than a static kick from the penalty spot.  https://t.co/4nJlmCTCRt

Lalas has a point. A static spot kick utilizes one skill from the shooter: shooting. While mind games and nuance help make a PK taker great, it all boils down to a single strike of the ball.

The MLS shootout, on the other hand, requires far more skill on both sides of the ball. The shooter was rewarded for dribbling and pace, while goalkeepers were likewise rewarded for the ability to rush off the line to stop an attacker.

Of course, this takes practice, which I’m sure many footballers at the time scoffed at training for such an idiosyncratic rule. (Side note: When I was in high school, this is how we did shootouts in the playoffs. Unfortunately, my HS coach, a former football coach because this was Texas, didn’t know that and we didn’t once practice these shootouts. So of course, despite having team I thought was good enough to make a deep run in the playoffs, we got knocked out in the first round in a shootout.)

Altidore, meanwhile, basically compared the MLS shootout of old to current-day eccentricities of the league: GAM and TAM.

Bring this back. Use all the GAM and TAM and bring it back.  https://t.co/lwE4l0tLxq

Now, we can’t actually tell you what GAM and TAM mean because that wisdom was lost ages ago. But we do know we’d rather see an MLS shootout than one more tweet about GAM/TAM.

So, should MLS return to the ’90s with the old-school shootout?

We can probably all agree it’ll never happen for the regular season. Draws are now an accepted part of sports in the U.S.

But what about the playoffs? Wouldn’t you rather see a big match decided by a competition that requires more skill than a spot kick? Again, it’ll probably never happen in a meaningful competition, but that doesn’t mean it shouldn’t. Rules change all the time, and penalty kicks weren’t always the end-all-be-all to decide games.

Alas, for now, we can only hope to see the 1990s-style MLS shootout brought back for All-Star games.

What do you think, should the MLS shootout be brought back?

Johan Cruyff on NASL shootouts: “I still think in Europe they should try it.” https://t.co/tLNgk78nY4