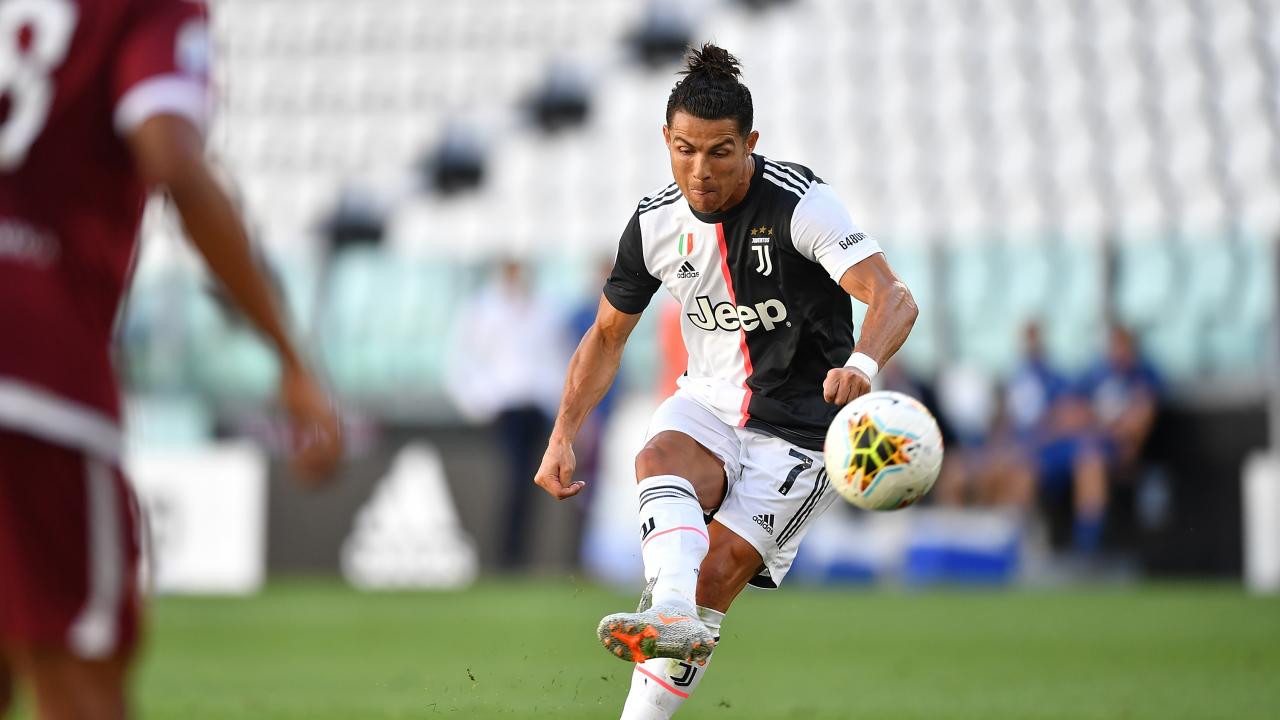 Six days shy of his two-year anniversary of signing with Juventus, Cristiano Ronaldo finally scored a free kick for his new club. A stellar Cristiano Ronaldo free kick on Saturday helped the Bianconeri cruise past Torino 4-1 on a record-breaking day for goalkeeper Gianluigi Buffon.

Ronaldo signed with the Old Lady on July 10, 2018. When he arrived, Juve already had two stellar free-kick takers in Paulo Dybala and Miralem Pjanic. But it was the Portuguese megastar who was given deference, allowed to take most of the club’s free kicks.

Since then, Ronaldo has attempted dozens of free kicks with his new club, most either smacking into the wall or flying off target. None had gone in before Saturday.

Ronaldo, of course, is one of the best free-kick takers in the world. He scored 36 of them with Real Madrid, and who can forget that legendary hat trick against Spain in the 2018 World Cup, completed by a free-kick goal?

On Saturday, in his 81st appearance for Juventus, having already scored 56 goals in all competitions for the club, Ronaldo finally scored his first free kick in Italy.

The Cristiano Ronaldo free kick arrived in the 61st minute from about 25 yards out. Ronaldo opted against sheer power and instead expertly guided his shot over the wall, out of the reach of the keeper and into the top left corner.

Over the wall. Under the bar. Top corner. pic.twitter.com/nVJad8fAH5

Was it Ronaldo’s best free kick goal? No. But it has to be one of the most relieving for the man who has made a career out of kicking the shit out of the ball and it usually going the direction he wants it. The strike was his 55th free-kick goal of his career.

The effort was also helpful in Juventus’ title charge. Torino pulled within 2-1 just before halftime and Ronaldo’s strike helped restore a two-goal advantage.

Paulo Dybala had given the home side the lead in the third minute with a lovely solo goal.

The lead became 2-0 in the 29th minute when Ronaldo played what he thought would be a one-two with Juan Cuadrado only to watch the Colombian winger do it all himself with another stellar finish.

Juventus finished out the scoring with an awful own goal by Koffi Djidji in the 87th minute, which helped extend the club’s lead to seven over Lazio in Serie A.

But beyond the Cristiano Ronaldo free kick, the other big highlight of the day came from Gianluigi Buffon.

The legendary keeper set a Serie A record with his 648th appearance in the Italian top flight, breaking the mark set by AC Milan legend Paolo Maldini. The 42-year-old Buffon began his pro career with Parma as a 17-year-old in 1995. The Serie A start was his first of 2020.