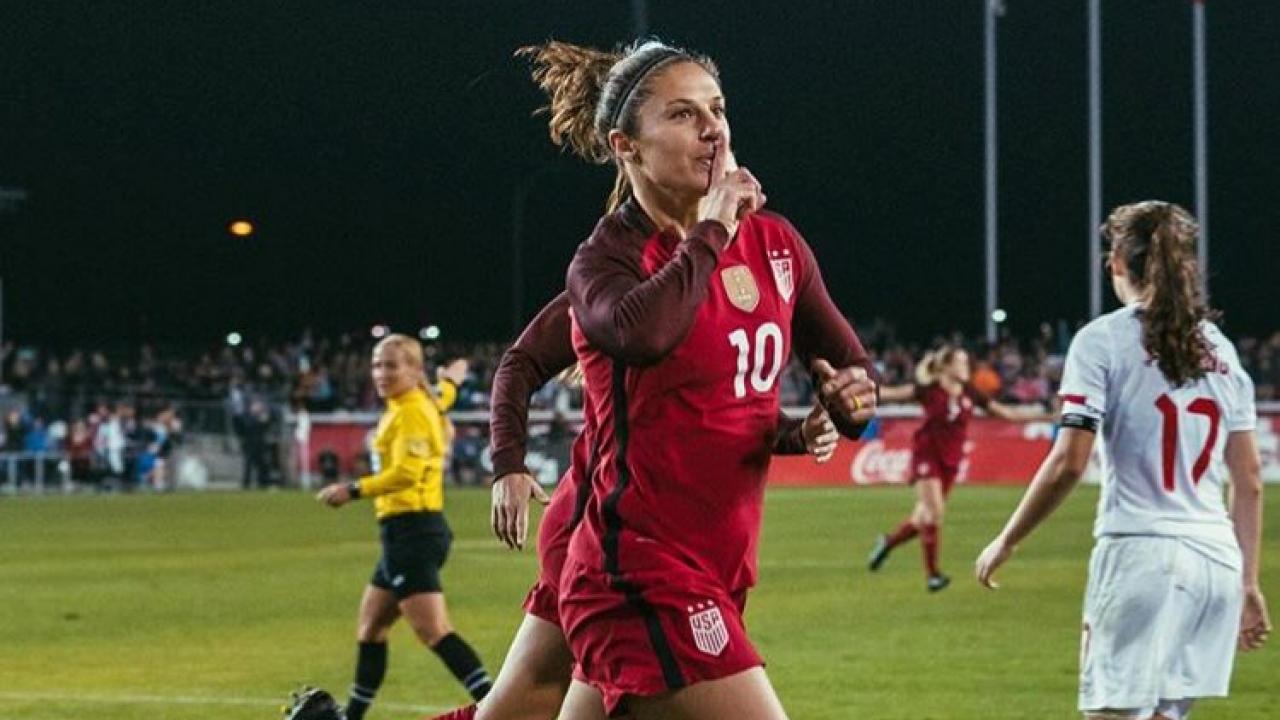 The USWNT finished off 2017 with a commanding 3-1 victory over Canada in front of 17,690 at the Avaya Stadium in San Jose, California, with Julie Ertz, Alex Morgan and Carli Lloyd scoring the goals for the States. Janine Beckie scored the lone goal for the Canadians.

Overall, the USWNT posted a record of 12 wins, three losses and one draw in 2017. Although they weren’t victorious at either the SheBelieves Cup or the Tournament of Nations, the U.S. finished the year on an eight-match unbeaten streak dating back to July 30.

Morgan’s goal against Canada on Sunday night was her seventh of the calendar year, making her the leading scorer of 2017. Remarkably, that was Ertz’s sixth goal of the year. Not a bad total for a player that’s usually deployed either in the heart of defense or as a defensive midfielder.

Lloyd’s strike in the 80th minute of America’s 3-1 win was only her second of the year (98th overall), but it was easily the best goal of the night with Megan Rapinoe providing some excellent service and Morgan laying on the assist.

The U.S. will now look forward to 2018 and the approaching CONCACAF Women’s Championship, the tournament which serves as the North American qualifiers for the 2019 FIFA Women’s World Cup in France.