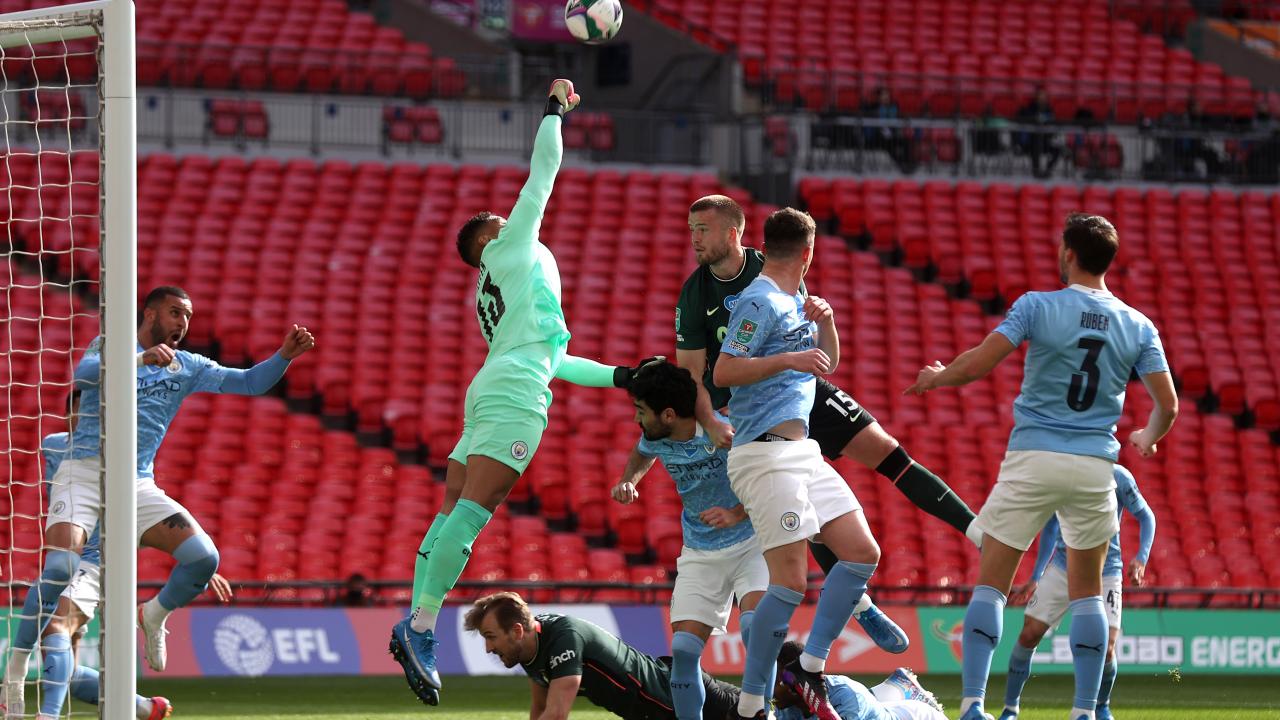 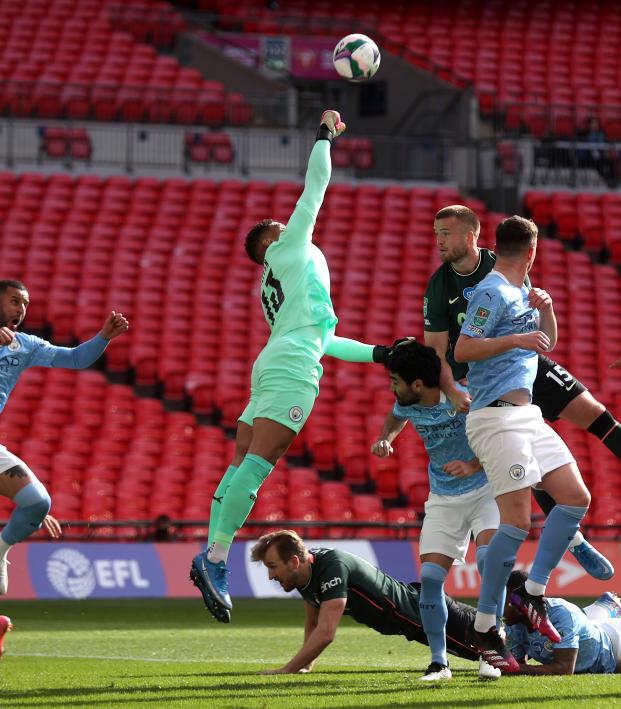 Spurs had soaked up intense City pressure for most of the game to somehow stay in contention at Wembley Stadium. But City finally made the breakthrough in the 82nd minute from an unlikely source as defender Laporte met Kevin de Bruyne's free kick and headed past goalkeeper Hugo Lloris.

A combination of Lloris, last-ditch defending and some poor City finishing had kept the 8,000 crowd on tenterhooks but in the end Pep Guardiola's side got their reward. They have now matched Liverpool's feat of winning the competition for four seasons in a row, and also join Liverpool with the most League Cup wins on eight.

Tottenham, who had rookie manager Ryan Mason on the touchline after José Mourinho's sacking last week, produced a disappointing performance and their wait for a first trophy since winning the 2008 League Cup continues.

After City's FA Cup semifinal loss to Chelsea last weekend, they chalked off the first part of what they hope will be a treble, with the Premier League title almost in the bag and a Champions League semifinal to come against Paris Saint-Germain.

While the League Cup is lower down Guardiola's priorities there was no disguising his joy as he became the first manager to win the League Cup in four successive seasons.

It had added significance as the final was played in front of the biggest crowd since Britain went into a first COVID-19 lockdown last March — one of the government's test events to get fans safely back into venues as restrictions ease.

Fans back at football matches. Turn it up! pic.twitter.com/dsDoZCNPiW

"It's not full, but it was a great noise," said Guardiola, who now has won 30 trophies as a manager since taking over at Barcelona in 2008. "Today we are incredibly happy that we have four in a row in this competition. We tried to win the game, created a lot of chances. They had some chances on the counter but in general we had a good game."

City's permitted 2,000 fans serenaded their team at the end with the club's Blue Moon anthem although they would have had a more relaxing afternoon in the sunshine had their team turned their overwhelming first-half dominance into goals.

How the final reached halftime still at 0-0 was mystifying with Phil Foden shooting wide from close range and then seeing another effort deflected onto the post. Raheem Sterling tormented Tottenham's defense and he was denied when his goal-bound shot was stopped by Toby Alderweireld's desperate block.

Riyad Mahrez sent a superb angled drive agonizingly wide although it was not until first-half stoppage time that Lloris made his first save, diving to claw away João Cancelo's curler.

Tottenham improved marginally after the break with England striker Harry Kane, declared ready to start after an ankle injury put his place in doubt, finally getting into the game. Giovani Lo Celso almost gave Spurs an unlikely lead when he picked his spot but City's Zack Steffen was equal to his effort, pushing the ball around the post.

The zip went out of City's attacks slightly but Lloris was still a busy man, keeping out efforts from City skipper Fernandinho and Mahrez.

Tottenham's rookie manager Mason sent on Gareth Bale with around 25 minutes remaining and the stage looked set for the Welshman to produce an unlikely twist. But justice was served in the end as Laporte found space to head De Bruyne's perfect delivery into the net for only his second goal of the season.

Tottenham's only gripe was that Laporte was perhaps a little fortunate to escape punishment for a first-half tackle and was then booked in the second half. In truth, though, they were second best by a long way.