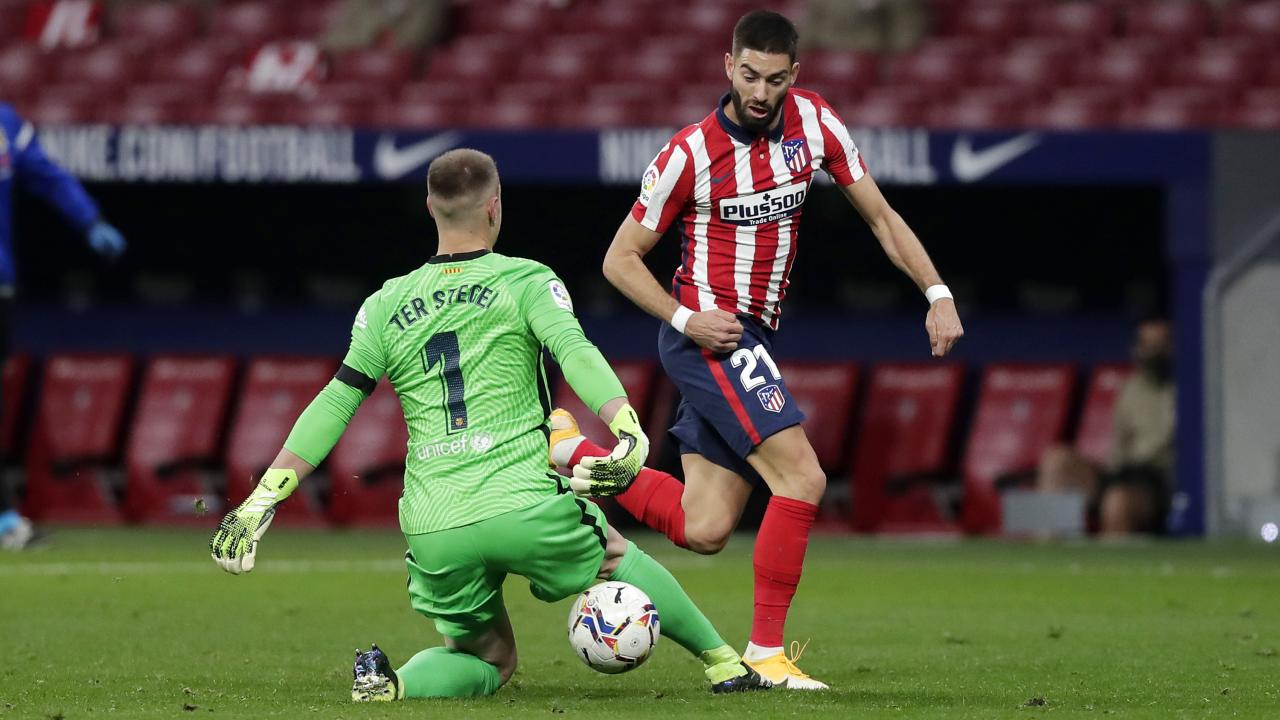 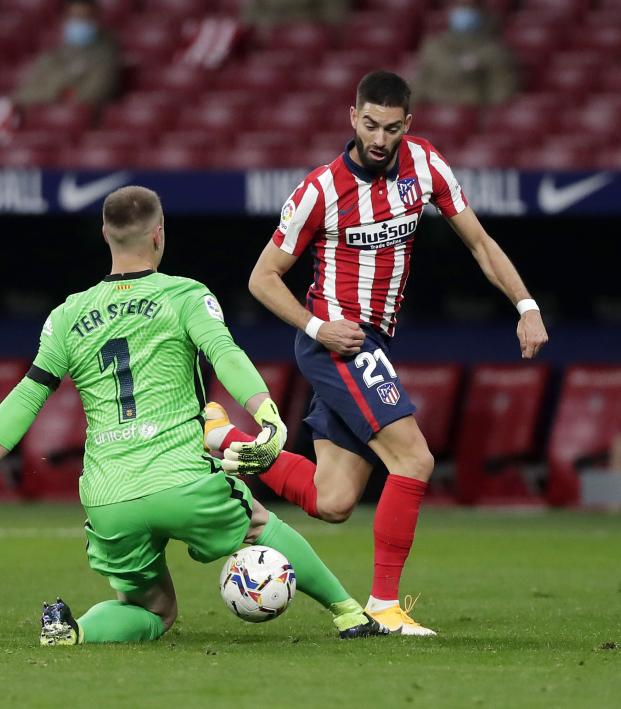 Reuters November 21, 2020
Barcelona’s goalkeeper was closer to midfield when Atleti scored the only goal of the game.

MADRID — Atletico Madrid pulled off their first La Liga win over Barcelona in more than a decade as Yannick Carrasco capitalised on a blunder from Barca keeper Marc-Andre ter Stegen to secure a 1-0 victory at an empty Wanda Metropolitano on Saturday.

Belgian winger Carrasco broke the deadlock at the end of the first half, pulling off a classy backheel to knock the ball through the legs of Ter Stegen and keep his composure in front of goal after the German had charged out of his area.

Atletico got the victory without joint-top scorer Luis Suarez, who was deprived of a reunion with his former side after testing positive for COVID-19, but they were more than worthy winners.

Marcos Llorente nearly gave them an early lead when his shot crashed off the bar, while it took a brilliant save from Ter Stegen to keep out a vicious distance strike from Saul Niguez.

Barca captain Lionel Messi had a match to forget, creating very little danger, while former Atletico forward Antoine Griezmann missed the target in each half as the Catalans fell to a third defeat of the season, leaving them 10th in the table on 11 points.

Atletico moved up to second in the standings, level on 20 points with leaders Real Sociedad.