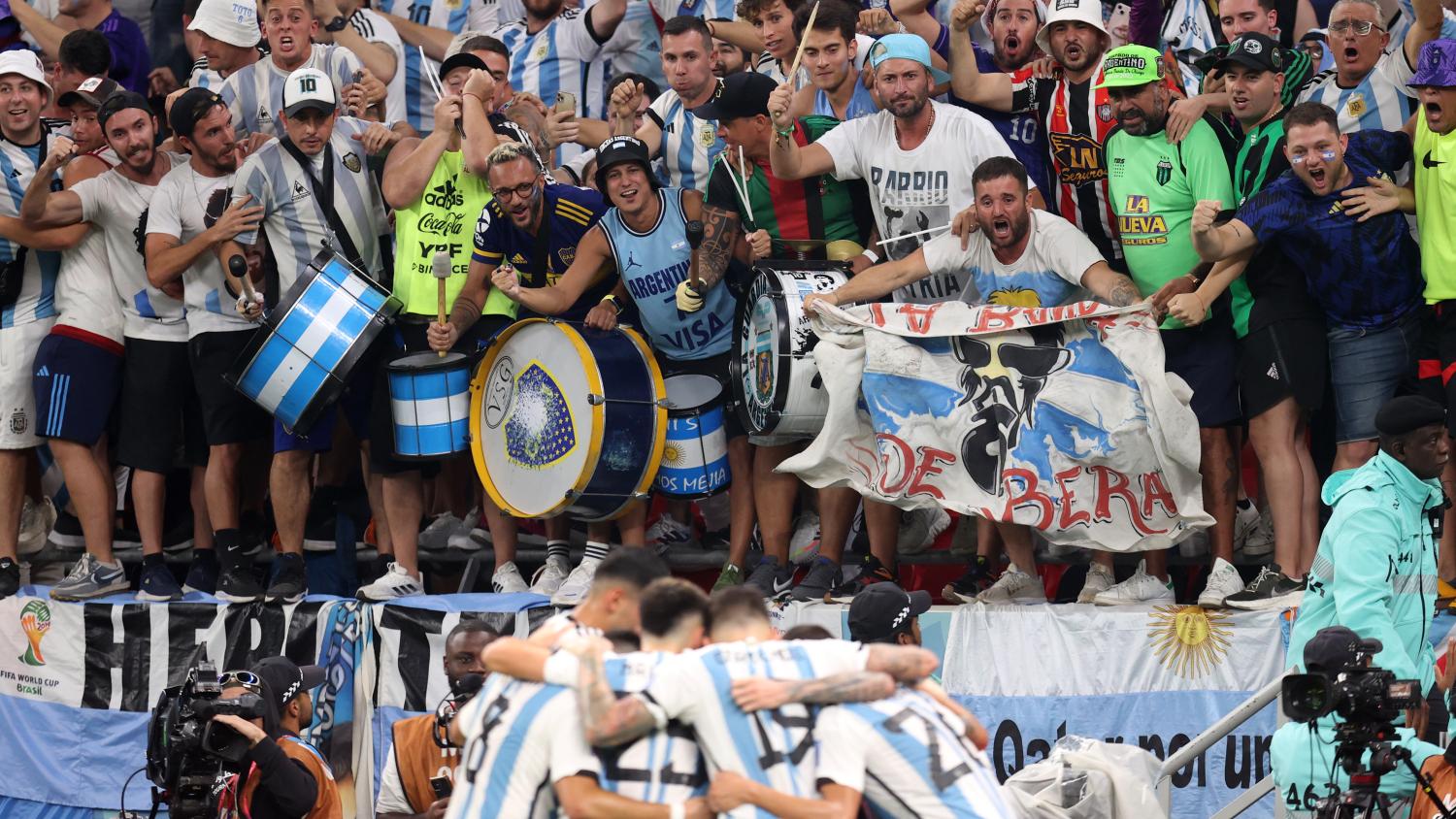 Illegal hawkers are charging up to 10 times face value in the knockout rounds.
Getty Images

DOHA - Ashraf Ali arrived at Stadium 974 six hours ahead of the Argentina-Poland World Cup match and, in desperation, raised a hand-written sign: "We need tickets."

Someone offered one for $2,000, nine times face value.

That was too steep for Ali, 30, who traveled to Qatar from Egypt to fulfill a dream to see Argentina star Lionel Messi play. Thirty minutes before kickoff, he managed to nab a ticket for $500 and witnessed Argentina's 2-0 win.

Other ticketless soccer fans are increasingly gathering at crowded stadium perimeters in Doha during the World Cup to haggle with hawkers, quietly pushing match tickets for popular matches up to 10 times face value. They seem undeterred by police patrols, CCTV cameras and laws outlawing the practice in the Gulf Arab state.

"A black market is taking shape," a ticket hawker from France told Reuters, saying sales have earned him enough money to pay for his trip to the finals, plus a bonus.

The man, who declined to be named, said he charges "the most dedicated supporters" a 1,000% markup for tickets to sought-after matches featuring stars like Messi and Cristiano Ronaldo. "I (sell for) the matches that you can monetize the most."

Other experienced hawkers traveled to Doha to make money off soccer's showcase event, the first in the Middle East. Reuters spoke to about 20 people who said they bought or attempted to buy black market tickets using social media platforms or outside stadiums.

Fans were also seen exchanging cash for passes outside Al Thumama stadium, where crowds of people without tickets wanted to see Morocco in the match it won 2-1 against Canada. Organizers on Saturday urged ticketless fans not to go to stadiums, following games on Thursday and Friday where large crowds attempted to gain access without tickets.

A Latin American diplomat in Doha said the "crackdown on resellers has been mild" with most, if not all, cases dealt with via fines. The embassy had not encountered anyone detained or deported for illegally selling tickets, the diplomat added.

Qatar passed a special law for the World Cup that grants FIFA exclusive rights to sell the tickets. Under the law, seen by Reuters, hawkers caught face fines of up to 10 times the face value of the tickets being sold illegally. Soccer's governing body warns it will cancel those identified as having been sold outside its official sales platforms, where fans say tickets have become increasingly scarce with the tournament entering the knock-out phase.

"FIFA's ultimate objectives are to prioritize the safety and security of all fans and to enforce a fair pricing scheme for World Cup tickets," a spokesperson told Reuters.

The spokesperson said in an emailed statement that FIFA is in regular contact with Qatari authorities to ensure implementation of "relevant measures within the applicable law."

Demand is set to increase towards the end of the World Cup, when there are fewer matches and high stakes, and after Qatar dropped a requirement for visitors entering the country to have match tickets.

Outside FIFA's official ticketing center in central Doha on Sunday, loudspeakers played a recorded message on a loop: "There are no tickets available."

Argentina fan Federico Criado, 33, said he visited the center every two days, but screens showed no tickets for Argentina games. He has also spent hours on FIFA's online platform looking for tickets being resold by other fans.

"I think that people just chose to sell them outside the platform because they will make more money," Criado said.