World Cup Stadiums Will Be Alcohol Free In Qatar 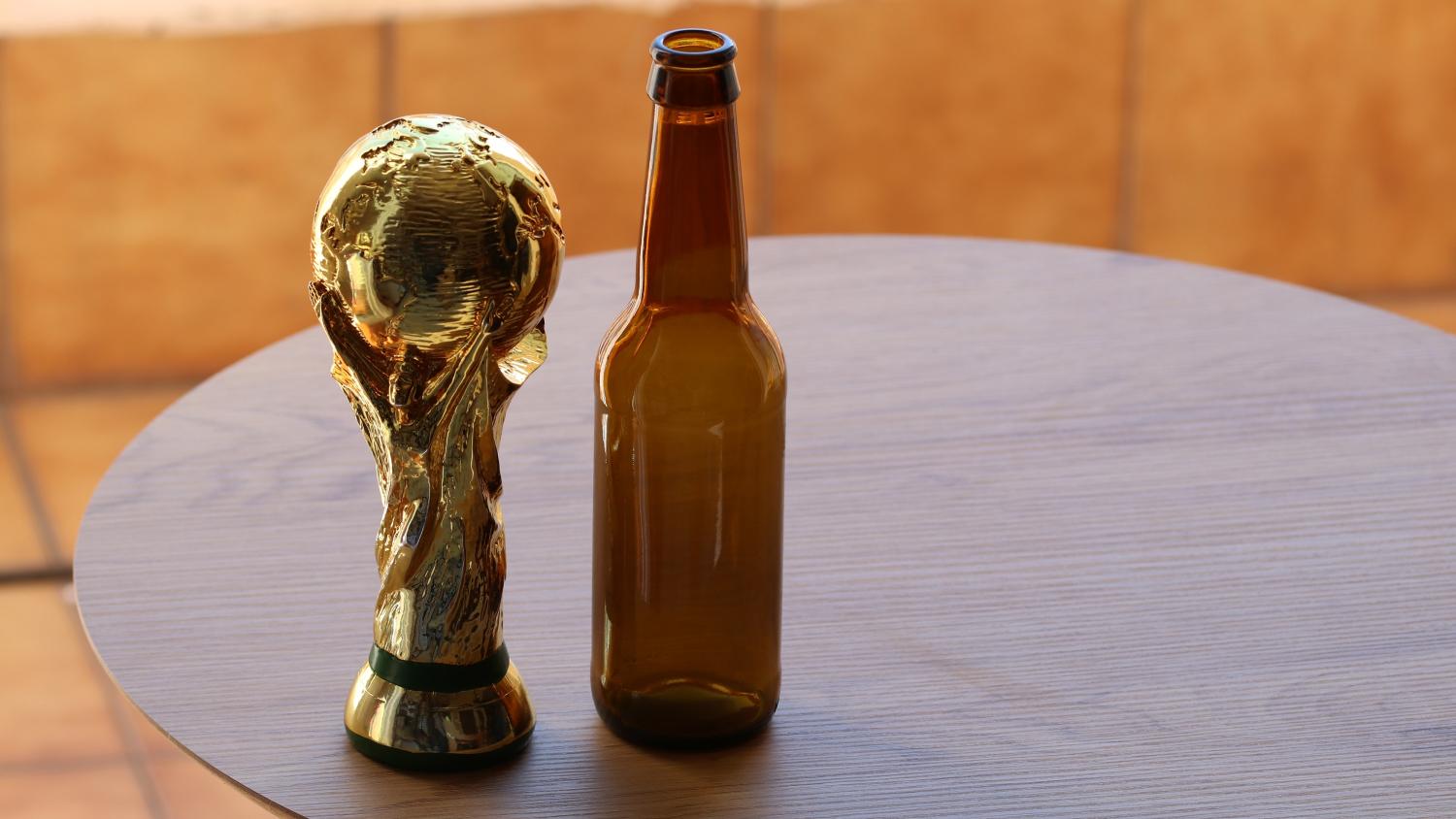 Beer sales outside arenas will only be allowed before and after some matches.
Shutterstock

DOHA - Qatar's World Cup stadiums are set to be alcohol-free, with beer sales outside arenas only allowed before and after some matches, a source with knowledge of plans for the soccer tournament said.

This year's World Cup is the first to be held in a Muslim country with strict controls on alcohol, presenting unique challenges for organizers of an event often associated with beer drinking fans and sponsored by global brewing brands.

"At stadiums, the plans are still being finalized, but the current discussion is to allow fans to have beer upon arrival and when leaving stadium, but beer won't be served during the match or inside the stadium bowl," the source told Reuters.

A document dated June 2 and seen by Reuters gives the first insight into how organizers plan to handle the demands of an estimated 1.2 million soccer fans, many of whom are used to drinking beer without limits on match days. Soccer's relationship with booze has long been a tricky one and in the lead up to the 2014 World Cup, Brazil lifted a ban on alcohol at stadiums, after pressure from governing body FIFA.

There has been a question mark over alcohol at this year's tournament since the Gulf Arab state won hosting rights in 2010. While not a "dry" state like neighboring Saudi Arabia, consuming alcohol in public places is illegal in Qatar. However, fans at November's World Cup will also be able to buy beer during restricted times in certain parts of the main FIFA fan zone in the Al Bidda park in Doha, the Qatari capital.

"Unlike previous World Cup fan zones, beer won't be served all day long, but at restricted times," the source added.

Alcohol will also be available for 15,000 to 20,000 fans on a disused corner of the Doha Golf Club, some kilometers away from stadiums and the main fan zone, the document shows. In addition, a sandy plot surrounded by a 3 meter wall and located between the delivery entrance of a hotel and a district cooling plant will be transformed into a 10,000 capacity venue promising Techno music and alcohol, the document shows.

A spokesperson for the organizers, Qatar's Supreme Committee for Delivery and Legacy, said that together with FIFA they will announce plans on the availability of alcohol at the 28-day tournament "in due course."

Although FIFA's website advertises free flowing "beers, Champagne, sommelier-selected wines, and premium spirits" in stadium VIP hospitality suites, alcohol was not sold in stadiums in December during a test event for the World Cup. Visitors are prohibited from carrying alcohol into Qatar, even from airport duty free, and they cannot shop at the country's only liquor store, on the outskirts of Doha, where foreign residents with permits can buy for home consumption.

Alcohol can be bought by visitors to Qatar at a handful of licensed hotels and clubs, where a pint of beer can cost $18. The price of beer inside the fan zones and close to the stadium has not yet been agreed, the source said. Earlier this year, another source close to the discussions told Reuters that alcohol prices will be capped in the fan zones, pointing out that at the FIFA Club World Cup in 2019 a pint of beer cost around $6.55.

Although the document anticipates "strong demand for international beverages", it says the main party zone adjacent to FIFA's fan festival will be alcohol-free, offering up to 70,000 fans a six kilometer "family friendly" street carnival.

Rules about alcohol sales in soccer stadiums vary around the world. In England, alcohol is sold at stadium concourses, but fans cannot drink it in sight of the pitch while in France none is permitted on stadium grounds.