Why has there been so much World Cup stoppage time? 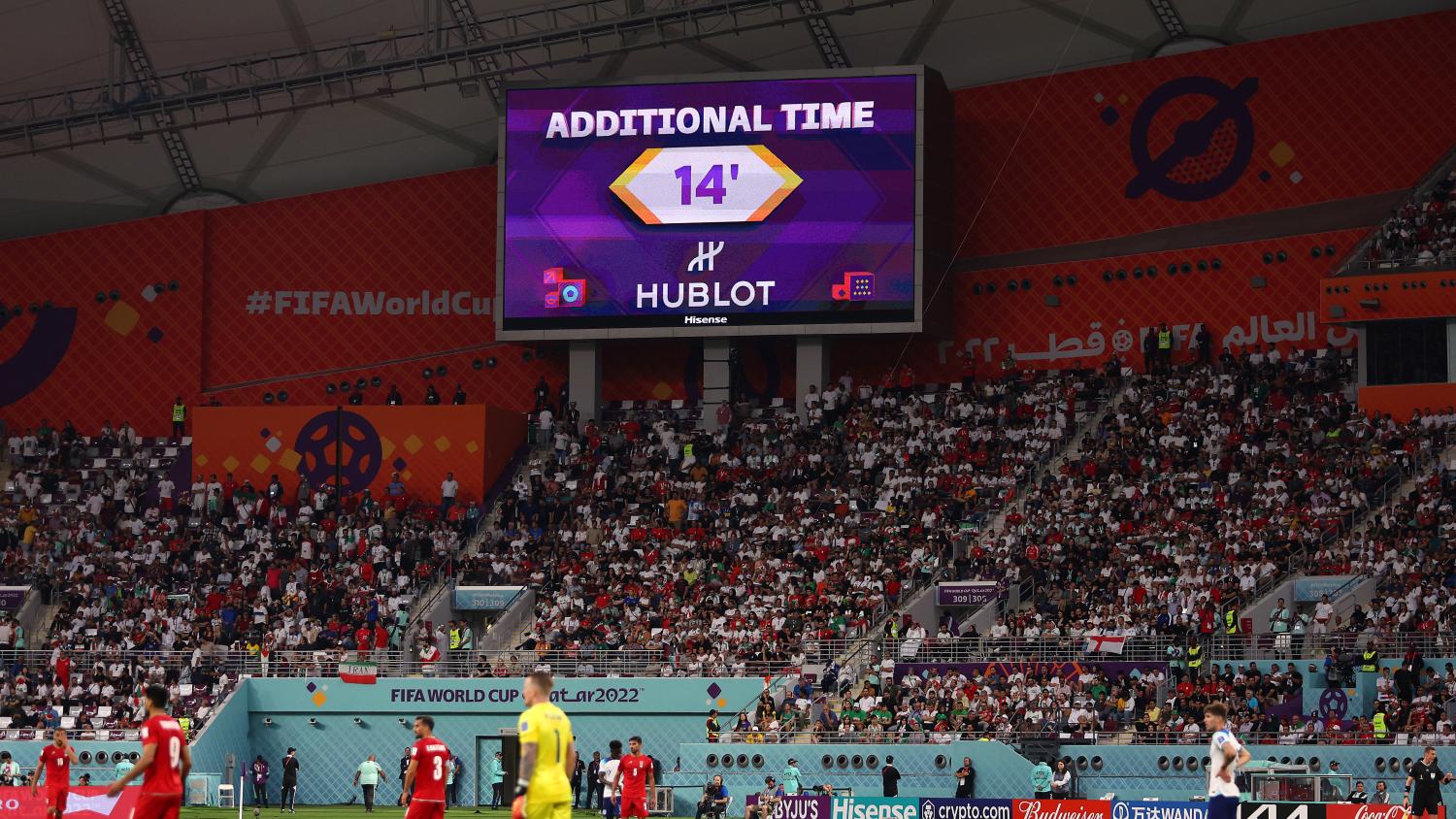 In just the first three days of the tournament, there has been a noticeable increase in World Cup stoppage time.
Getty Images

Since the 2022 tournament kicked off, many viewers have found themselves wondering, “Why is the World Cup stoppage time so much higher than normal?” The United States was given eleven minutes of stoppage time against Wales, while England and Iran played an additional 15 minutes in the first half and then a further 14 minutes at the end of the full 90.

These figures are a far cry from what fans have become accustomed to but it's been commonplace so far in Qatar. The reason behind the inflated playing time is a combination of several factors, but at the forefront is a FIFA directive aimed at ensuring that as much soccer is played as possible.

Pierluigi Collina, FIFA’s referees committee chairman, wanted to make sure that the fans are not shortchanged, saying, “the purpose is to offer more show to those watching the World Cup.”

"Don't be surprised if you see the fourth official raising the electronic board with a big number on it."

Refereeing legend, Pierluigi Collina, explains why there has been so much added time at this World Cup pic.twitter.com/XSDFwAMmxk

In addition to FIFA’s instruction to ensure the full 90 minutes are played, injuries have also contributed massively. Iran’s goalkeeper required treatment following a scary head collision that left him bloody and potentially concussed. Another horrific injury occurred in Saudi Arabia’s historic win over Argentina. With these scary injuries and extensive delays to treat the players, it's understandable that there would be more added time than normal.

VAR, additional substitutions, longer goal celebrations, the list could go on forever. Given that soccer utilizes a running clock, any time that the ball is not in play is time wasted. Time wasting has been an issue in the sport in recent years and studies have found the ball to be in play for approximately 55 minutes on average.

The stoppage time this World Cup literally accounts for all the wasted time. If you want to be annoyed about anything, be annoyed about how much time is clearly wasted by players during the game. Personally I’m all for seeing more actual game time ⏱️

People have become so accustomed to referees adding nonsensically tiny amounts of stoppage time that when they do add the proper amount, it feels weird. But it’s a good thing. Should be the norm.

Tackling this issue during the World Cup is a difficult issue to disagree with. On one hand, more soccer should always be better, but there is something to be said regarding player fatigue and game management. In a tournament where player fitness has been a major concern, those additional 30 minutes of playing time can add up tremendously, especially in the knockout round, where we could see additional time in both halves and overtime.

For the time being, it's a welcome addition, at least from an outside perspective. Only time will tell if this method of timekeeping should or will become standard practice after this tournament is over in a month’s time.