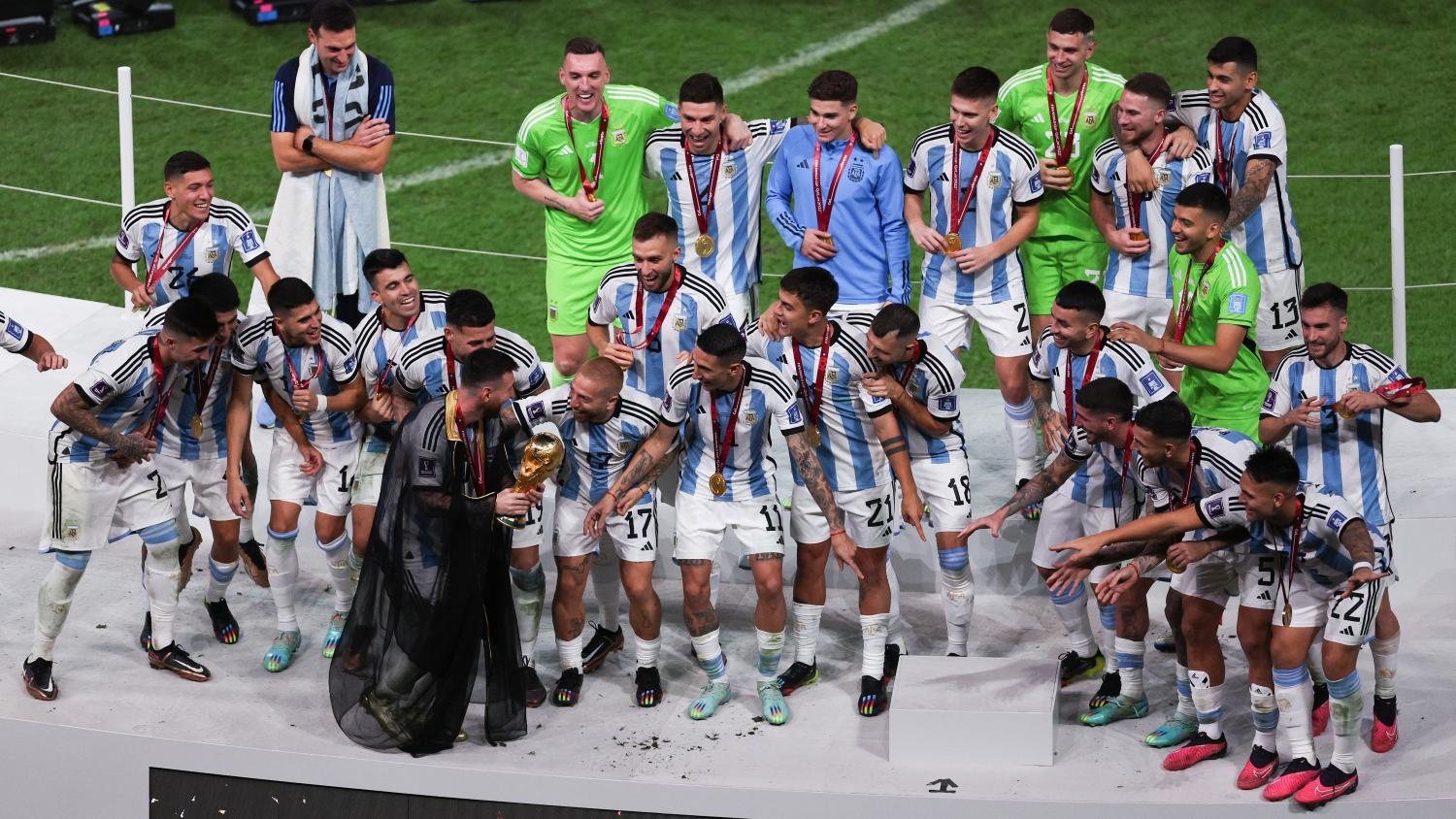 The item of clothing is called a bisht.
Getty Images

Written by Pardis Mahdavi courtesy of The Conversation

Images of Messi wrapped in black fabric, which might have been construed as obscuring his national jersey, caused confusion around the world. Many fans questioned why the Argentinian soccer star was shrouded in an Arabian cape, with some suggesting that it “ruined an iconic moment.”

What is the bisht? And what is its significance?

As a scholar of Middle Eastern cultural traditions, I’m aware that the origins of the bisht date back to the fifth century B.C. It was initially used as a traveling coat to protect the skin of nomadic shepherds and Bedouins as they journeyed through different climates.

The word itself derives from Persian and translates literally to “on one’s back.” Also called an “aba” in Arabic, the bisht is traditionally a long, hand-woven cloak made of camel hair and goat fur. Its fibers were specifically crafted for the harsh desert climates – both cold and warm.

The process of spinning and weaving the fabric together – usually black, brown, beige or gray – makes it highly breathable.

Over time, tailors began adding specialized trim to the cloth, such as hand-spun gold or silver. The trim, called “zari,” was crafted by mixing fine metals with silk to give it a lasting sheen. The zari was added to the outer portions to distinguish traveling cloaks from those to be worn by dignitaries or on special occasions.

By the time of the Prophet Muhammad in the sixth century, soldiers and generals who performed well were shrouded with a bisht after battle in the conquests of the Persian and later Arab empires. The more transparent the fabric and more ornate the trim, the higher the honor. In countries such as the United Arab Emirates and Qatar that were formed in the early 1900s, royalty and politicians, referred to as Al Malaki, frequently wore the more ornamented bisht.

Today, there are many kinds and levels of the bisht, ranging in price from a few hundred to a few hundred thousand U.S. dollars. While the invention of the sewing machine facilitated the mass production of these cloaks, royalty, dignitaries and sheikhs wear only handmade, woven and trimmed bisht.

Like fashion and outerwear around the world, Middle Eastern clothing such as the bisht or the traditional white robes worn by many Arabs in the Persian Gulf, called “dish dasha,” are a status symbol.

For Qataris, honoring Messi, the star of the FIFA World Cup, by shrouding him with their most honorific clothing was an opportunity to share their culture – and the geopolitical importance of the World Cup games – with the world.