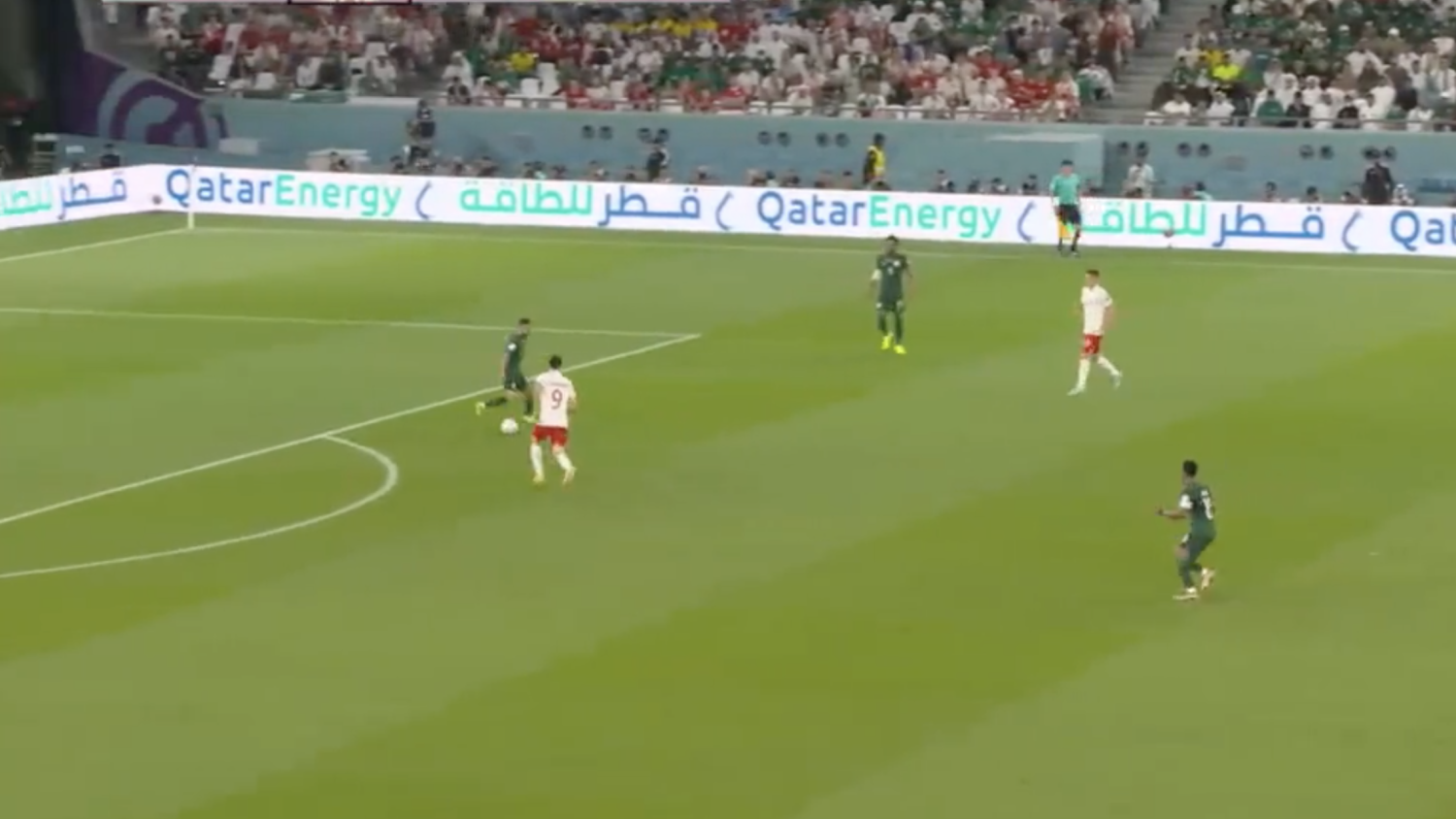 Despite another impressive performance from Saudi Arabia, Poland defeated the World Cup underdogs 2-0 on Saturday. We also got to see the first ever Robert Lewandowski World Cup goal.

The score doesn’t accurately reflect how dominant Saudi Arabia was through most of the game. It was Poland that was able to finish some of its chances.

Lewandowski provided the assist for Piotr Zielinski in the 39th minute to help Poland score their first goal of the tournament.

THERE IT IS FOR POLAND

Piotr Zieliński finds the back of the net pic.twitter.com/F1mlATVuhn

The Barcelona superstar was a whisker away from scoring his first World Cup goal in the second half but was denied by the post.

Lewandowski was THIS CLOSE to having his first-ever FIFA World Cup goal pic.twitter.com/gff0fjOWEG

Saudi Arabia’s Abdulelah Almalki was determined to make sure Lewandowski got his goal. Or at least that’s what it looked like as he had arguably the biggest blunder of the World Cup so far. In the 82nd minute he failed to control the ball and gifted Poland and Lewandowski a goal.

The 34-year-old is now the oldest goal scorer in World Cup history for Poland.

The big hero for Poland was goalkeeper Wojciech Szczesny who came up huge to deny the Saudis on multiple occasions. Just before halftime he pulled off an incredible double save after Saudi Arabia was awarded a penalty.

Another look at this spectacular double save by Wojciech Szczęsny pic.twitter.com/otJAJj2jZ9

Szczesny kept Poland in this game with five saves.

He continues to hold off Saudi Arabia pic.twitter.com/YOwVZ13SvY

Poland goes to the top of Group C on four points. Saudi Arabia stays at three while Mexico (1 point) and Argentina (0 points) play later on Saturday.