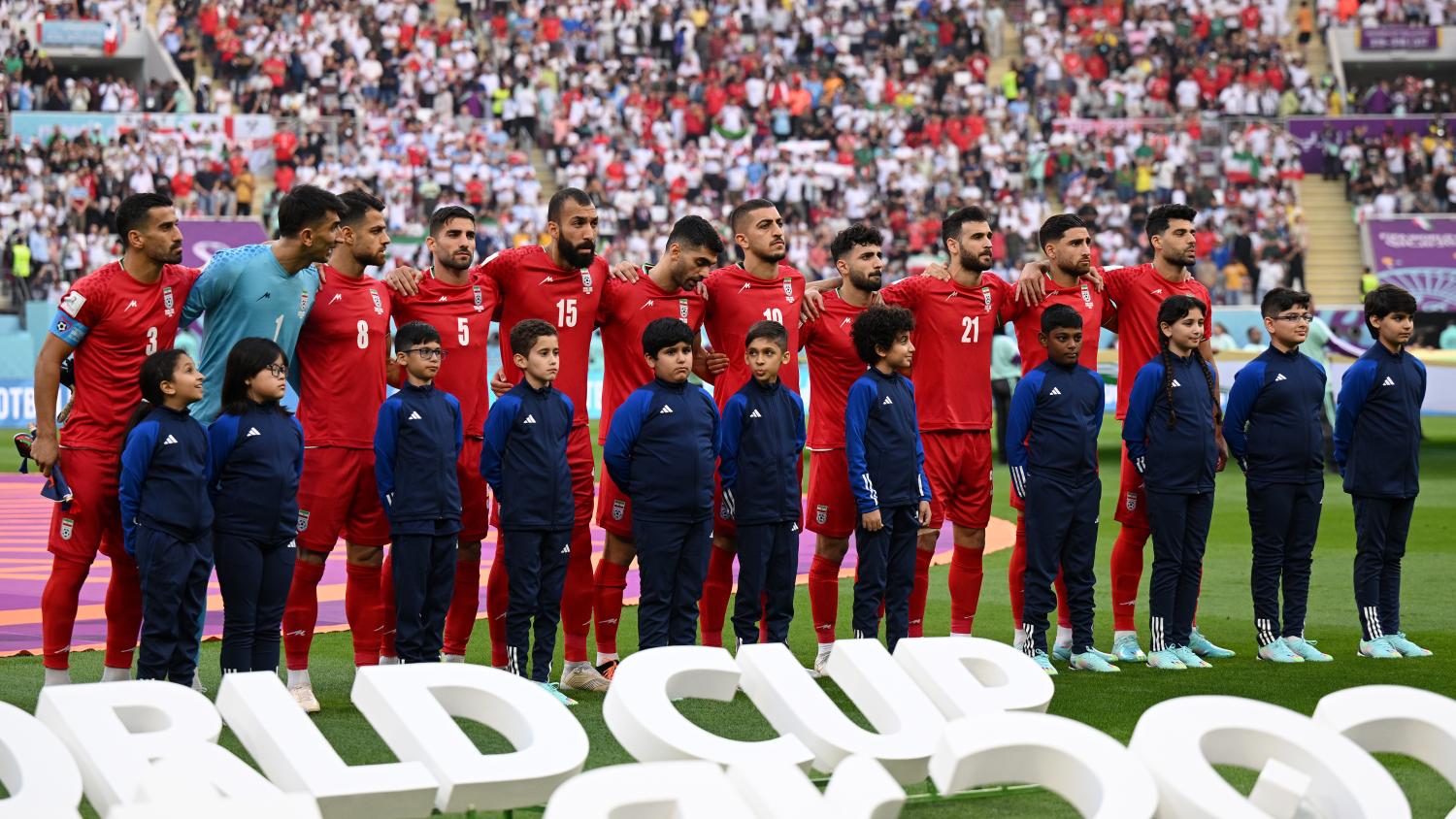 Iran's supporters could be heard booing their own anthem.
Getty Images

DOHA - Players of Iran's national soccer team chose not to sing their country's anthem at their opening World Cup match against England on Monday, in an apparent show of support for protesters back home.

The players were silent as the anthem was played at the Khalifa International Stadium, where Iranian fans gathered in the stands shouted as the music was played. Some were seen making thumbs-down gestures.

More than two months of protests in Iran, sparked by the death of a young woman in the custody of the morality police, are one of the boldest challenges to Iran's clerical leaders since the 1979 Islamic Revolution. Iranian state television, during its live broadcast, censored the footage of the players lining up before the match as the anthem was played.

The squad has lost fans back home, however, with many people accusing them of siding with a violent state crackdown on protesters, including women and children, who are seeking the fall of the Islamic Republic. The soccer team, historically a huge source of national pride, had been a point of focus in Iran in the run-up to the World Cup, with anticipation over whether players would use soccer's showpiece event as a platform to show solidarity with the protesters.

On the eve of the match, captain Ehsan Hajsafi, who plays in Greece, became the first member of the Iranian team to speak out from the World Cup on the situation at home, saying "we are with them. And we support them. And we sympathize with them."

Players Karim Ansarifard and Morteza Pouraliganji chose not to answer questions on Friday about solidarity with women in Iran, while midfielder Alireza Jahanbakhsh, of Dutch club Feyenoord, suggested such questions were a ploy to distract the team.