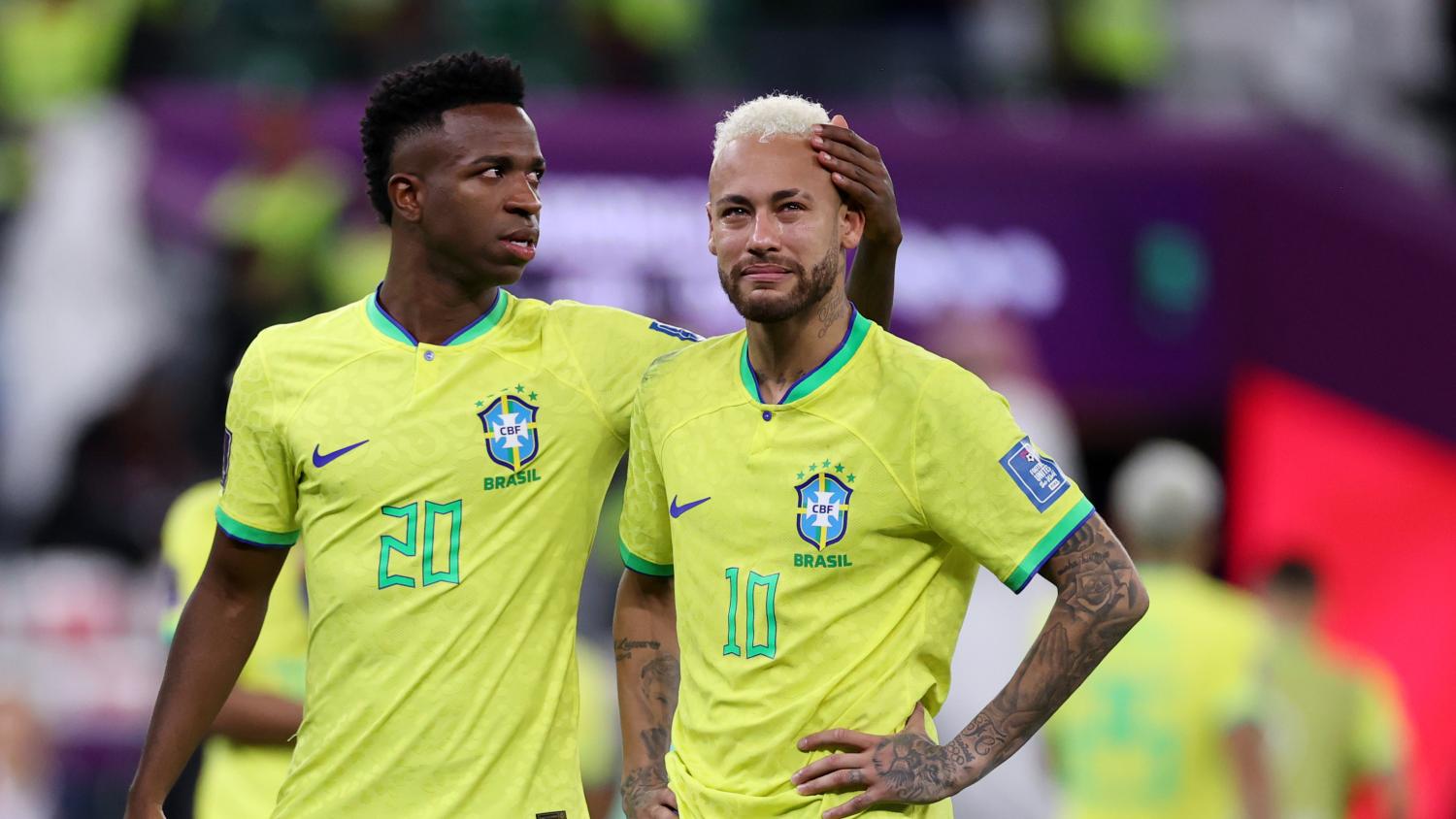 Neymar and Pelé have both scored 77 goals for Brazil.
Getty Images

Neymar Jr. tied Pelé’s record for the most goals scored for Brazil’s national team on Friday during his side’s 4-2 defeat on penalties vs. Croatia. Neymar’s go-ahead goal in the 106th minute was a classic display of his silky footwork and his 77th for Brazil.

Croatia’s goalkeeper Dominik Livakovic put in a nearly flawless shift denying and frustrating the Brazilians all game. It was going to take something truly special to put the ball in Croatia’s net, and Neymar was just the man to do it.

NEYMAR IN THE 106TH MINUTE

NEYMAR IN EXTRA TIME WHEN BRAZIL NEED HIM.

Neymar and Pelé are now the joint top scorers for Brazil all time with 77. When it comes to World Cup goals Neymar has the third-most for Brazil with eight, Pelé is second with 12 and Ronaldo is first with 15.

The Brazilian euphoria after Neymar's goal would only last 11 minutes until Bruno Petkovic shocked the tournament favorites with a late equalizer.

CROATIA TIES IT IN THE 117TH MINUTE

Croatia got Brazil right where they wanted them: penalty kicks. The Croatians are some of the best penalty takers in the tournament and were clinical scoring all four of their kicks.

In the end it came down to Marquinhos hitting the post on the final penalty. Brazilian heartbreak.

Neymar couldn't hold back tears after that heartbreaking loss pic.twitter.com/TW3qq61CBE

Croatia advances to the semifinals for the second World Cup in a row. The winner of Argentina vs. Netherlands will play Croatia on Tuesday, Dec. 13 at 2 p.m. ET.