Mbappé double sends France into the knockout round 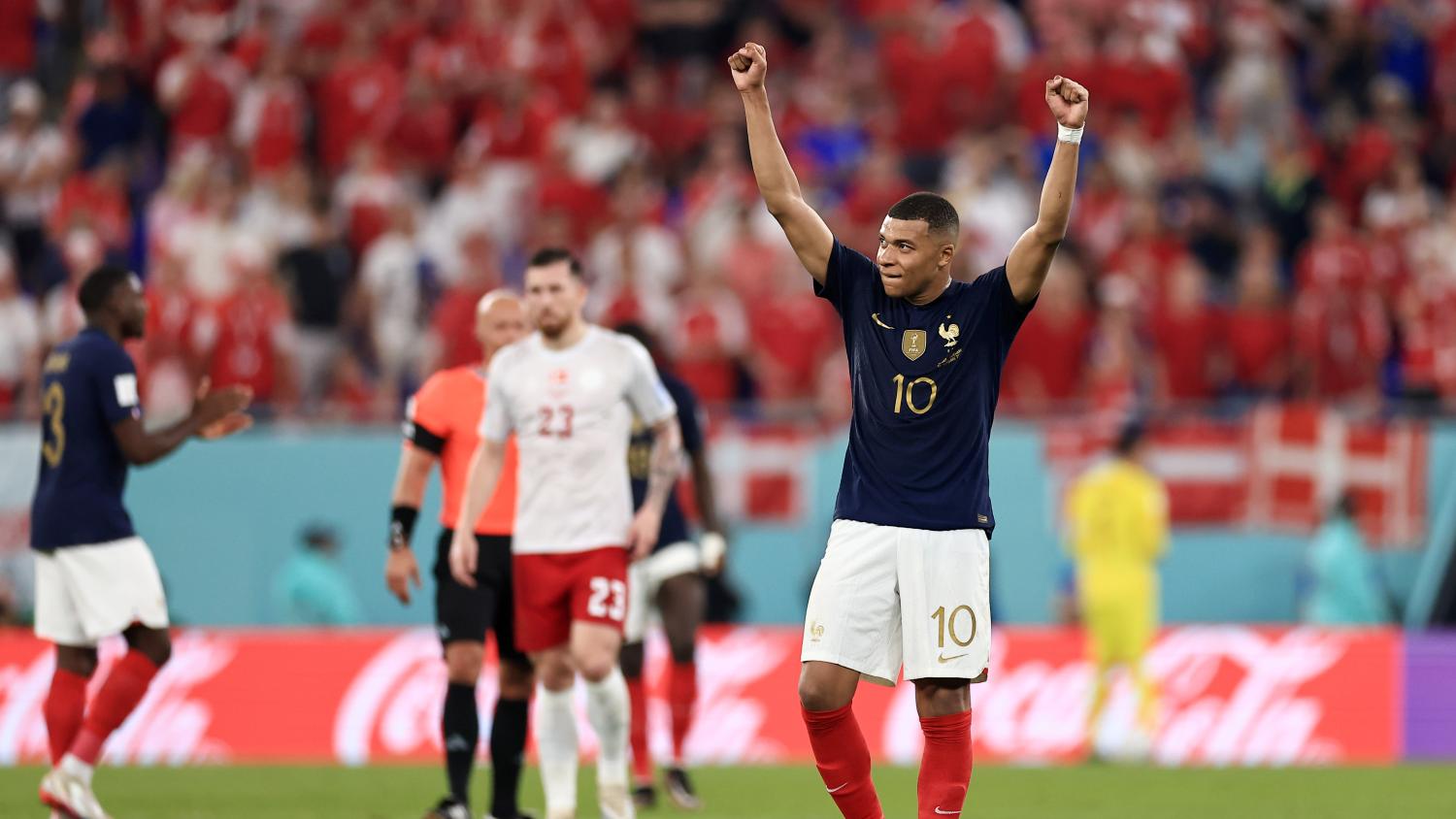 France becomes the first reigning world champions to make the knockout round since Brazil in 2006.
Getty Images

The reigning World Champions are always among the favorites to repeat four years later. Since 2010, however, the previous victors have all stumbled and fallen at the first hurdle, going out in the group stage in what has come to be known as the champions curse.

Each example has been as baffling as the last, but France has finally put an end to the curse by clinching a spot in the knockout round with a 2-1 win over Denmark.

Catch all the action from the first team to advance to the Round of 16 in our 90' in 90" highlights ⬇️ pic.twitter.com/wiQTBChmnw

France has booked its ticket to the 2022 FIFA World Cup knockout stage pic.twitter.com/DmOuMnPAeP

On two previous occasions in 2022, the Danes had emerged victorious against the French, but it was the latter who won in Qatar thanks to an inspired brace from Kylian Mbappé. PSG’s golden boy now sits level with Enner Valencia on three goals as the tournament’s top scorer, and it’s difficult to bet against him adding to his tally as the tournament continues.

After three-straight tournaments with a group stage exit for the defending FIFA World Cup Champion, the curse is broken

France is moving on to the knockout stage pic.twitter.com/MAChmipRFj

With the win, France officially becomes the first reigning champion to advance to the knockout stage in the following tournament since Ronaldo’s Brazil made it to the quarterfinals in 2006. Didier Deschamps’ side succeeded whereas Italy in 2010, Spain in 2014, and Germany in 2018 all failed.

In their current form, they could be the first nation to repeat as world champions since Pele’s Brazil in 1962, but there's a lot of soccer to be played between now and Dec. 18.

France struggled with injuries before the tournament even kicked off, losing Karim Benzema, Paul Pogba, N’Golo Kante, and a host of other talents. Despite this, the French have not stumbled in either group-stage match, scoring six goals and only conceding twice. Denmark looked strong in their attempt to de-throne Les Bleus but was unable to keep pace with Mbappé.