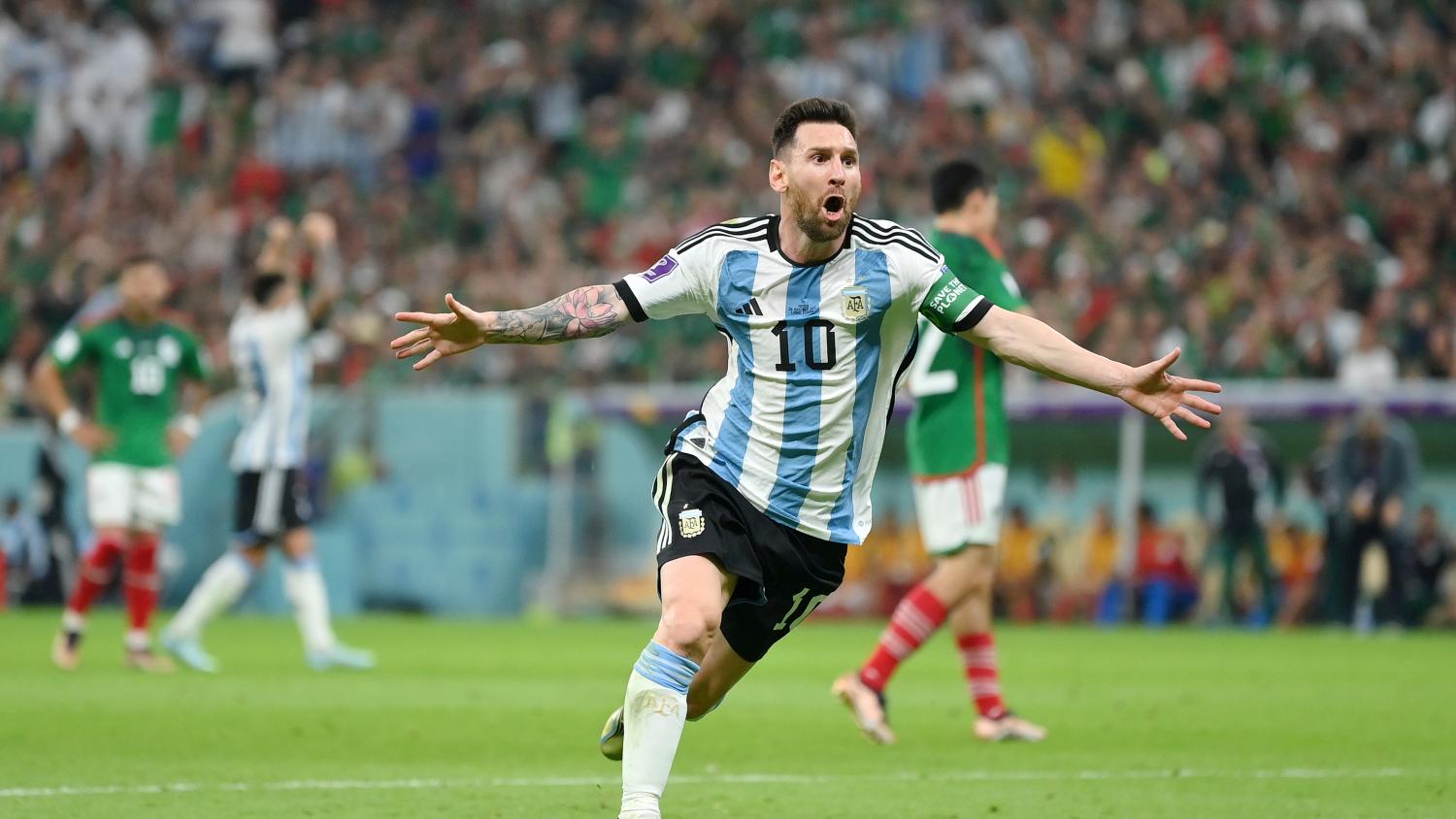 We are living in a blessed timeline with this man.
Getty Images

Argentina promised the world a response after that catastrophic opening defeat to Saudi Arabia. With over 60 minutes gone against Mexico on Saturday, La Albiceleste looked just as hopeless and ineffective, landing zero shots on target and failing time after time in Mexico's half.

But when you have one Lionel Messi, your threat level is always high.

In the 64th, Ángel Di María picked out his partner in crime centrally and outside the box. Messi took one touch, had a quick look, and picked out the bottom right corner with a violent effort that not even Mr. World Cup himself, Guillermo Ochoa, could get to.

ARE YOU NOT ENTERTAINED?! pic.twitter.com/BRYL2uGmyX

The most fitting part of that beautiful strike? He now has eight World Cup goals, which is exactly how many Diego Maradona scored for Argentina. Only Gabriel Batistuta (10) has scored more.

We all know what Maradona's reaction to that one would've been.