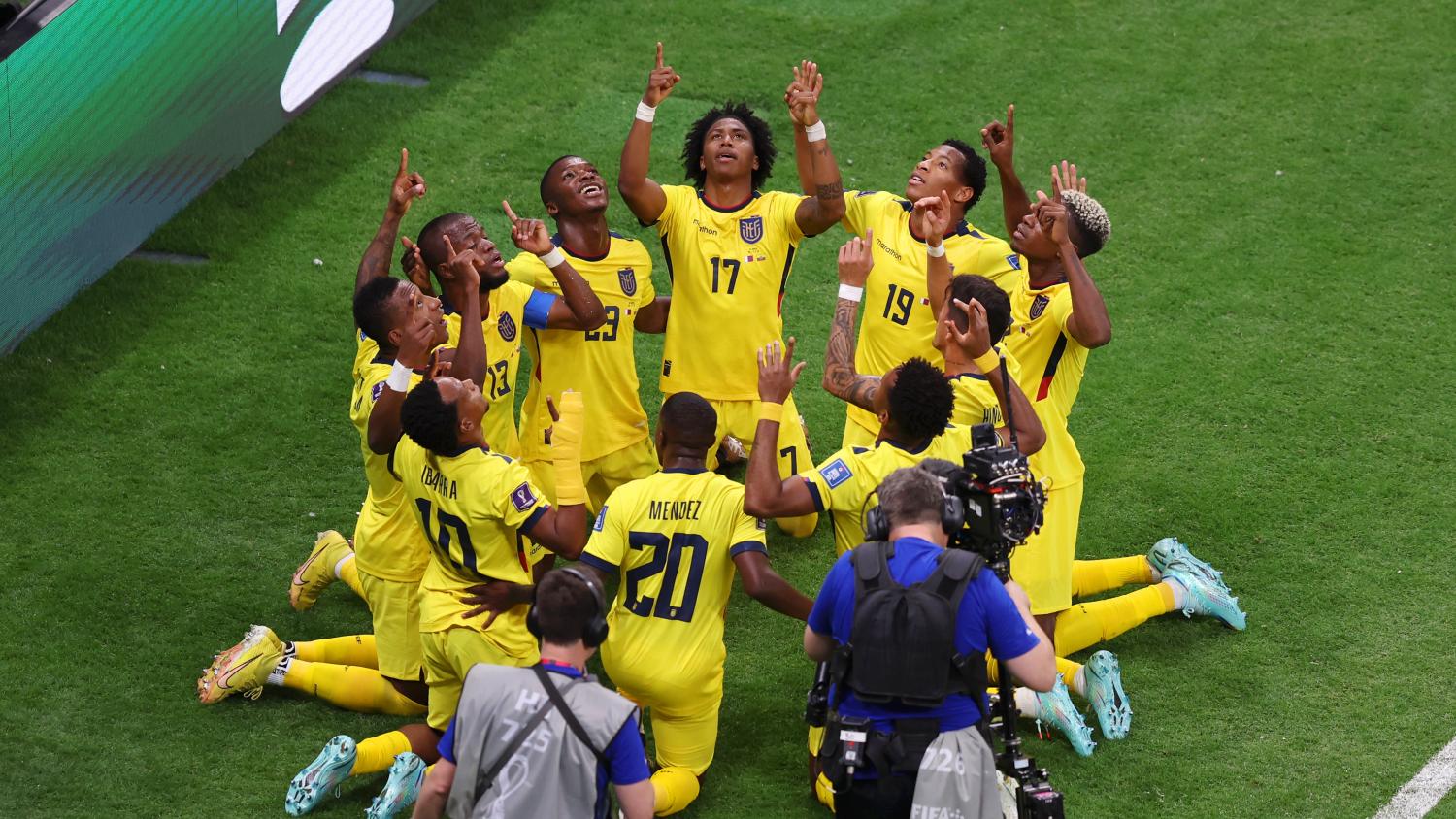 Qatar was no match for Ecuador's GOAT.
Getty Images

AL KHOR, Qatar - Captain Enner Valencia extended his cult status in Ecuador to wider international acclaim with a first-half double that propelled the South Americans to a comfortable 2-0 win over hosts Qatar in the opening game of the World Cup on Sunday.

The 33-year-old forward, nicknamed Superman, increased his record tally of goals for Ecuador to 37 and became the country’s highest scoring player at World Cup tournaments as his double at the Al Bayt Stadium added to the three he scored in 2014.

Valencia has now netted the nation's last five World Cup goals, with Iván Kaviedes the last to score before that when he got the third in a 3-0 group stage win over Costa Rica in 2006.

A 16th-minute penalty on Sunday, nonchalantly stroked into the corner after he was brought down by the Qatar keeper, was followed by a header, propelled with power in the 31st. Valencia, the only player in the squad to feature at Ecuador's last finals eight years ago, might have scored the quickest goal in a World Cup opening game after three minutes but his effort was ruled out for offside after a VAR check.

Valencia was taken off for the last 15 minutes of Sunday's Group A game and was shown applying ice to his knee, having gone down in pain late in the first half.

"We knew it was going to be a tough game, however we managed to get a good result quickly," he said after being named man of the match. "We managed to score a couple of quick goals which helped us to get control of the game and take the three points."

"I dreamt so many times about winning this opening match and it was a dream that I managed to score. We have to keep dreaming because it is only going to get tougher," he added, ahead of games against the Netherlands and Senegal.

"He was questioned at times in Ecuador, but now we can see all he gives us," said the manager. "Enner will play against the Netherlands (on Friday), there's no doubt about that."

The striker has had a decade-long career in the Ecuador side, starting off as a winger but being converted to a striker in the qualifiers for the 2014 World Cup. He moved to Premier League West Ham United in a $14.26 million deal following that tournament in Brazil. After two seasons with the London side, he endured an uninspiring loan spell at Everton.

Valencia is now with Fenerbahçe and in rich scoring form. His 13 league goals this season have put him top of the scoring charts in Turkey.

"He's our greatest player. These goals today in the opening of a World Cup make him the best for all Ecuadoreans," said Victor Lopez, an 18-year-old fan from the city of Ibarra in north Ecuador watching the game on a giant screen in a shopping mall.

It was the fourth time in the last five World Cups that a player has scored twice in the opening game of the tournament after Germany’s Miroslav Klose (2006), Neymar of Brazil (2014) and Russia striker Denis Cheryshev in 2018.