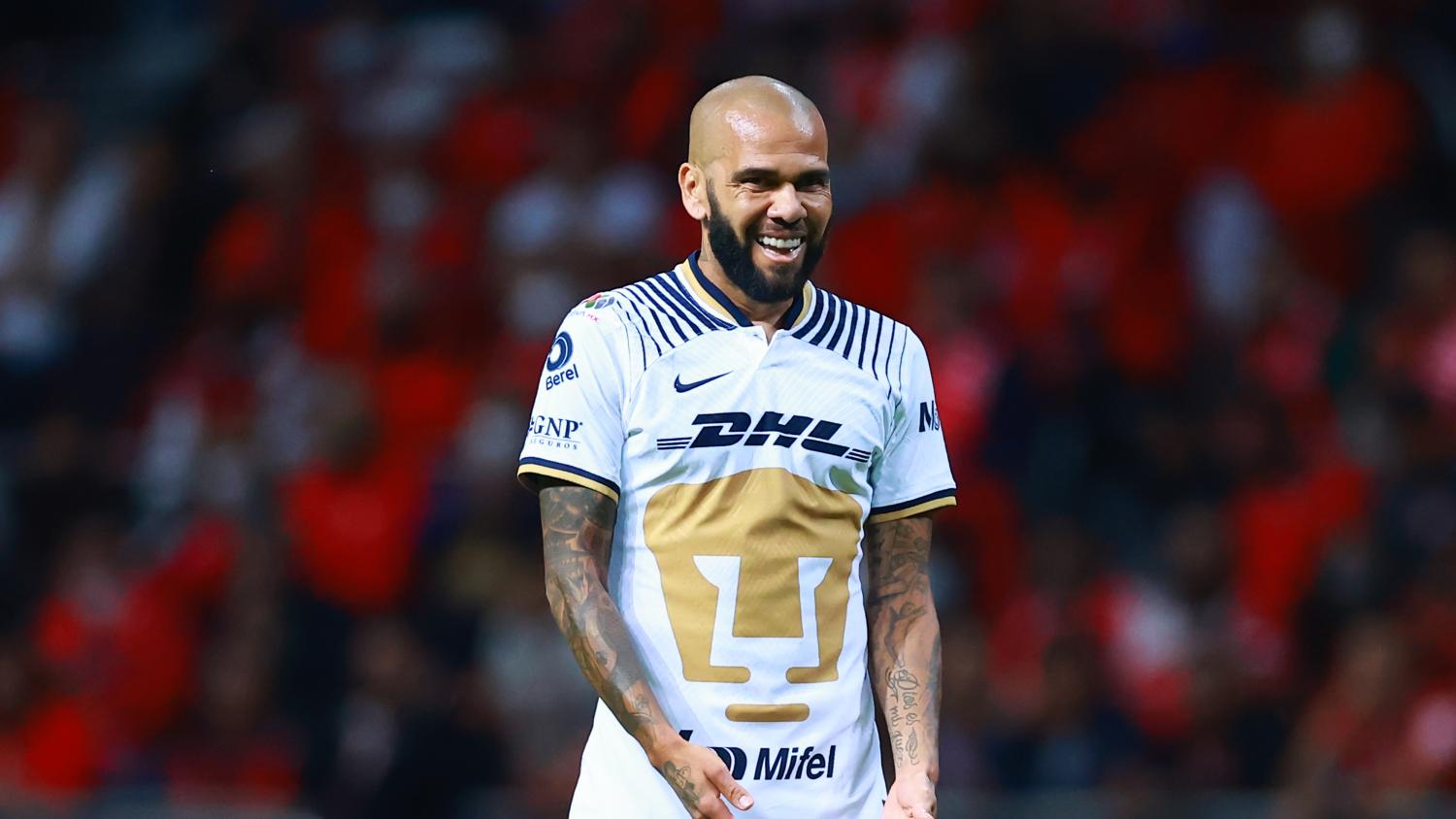 The Pumas player will make his first World Cup appearance since 2014.
Getty Images

Brazil just announced their final squad ahead of the start of the World Cup this month and they're one of the first big nations to do so.

Dani Alves, 39, is the oldest player to make the Brazil squad on the Seleção's 22nd World Cup appearance.

After great uncertainty surrounding a potential November call-up since transferring to Liga MX club Pumas UNAM and not necessarily having the best performances, Alves will be at his third and final World Cup this month.

The 39-year-old right-back hasn’t played a match since Sep. 23, when Pumas was left out of a playoff spot in the Liga MX Liguilla. However, after that early exit in the Apertura, the Brazilian left Mexico and began training with Barcelona’s B team to stay fit ahead of Qatar.

Alves is among three of the remaining players from Brazil’s squad that were part of the semifinal World Cup run in 2014, Neymar and Thiago Silva being the other two. Alves missed the 2018 World Cup because of a knee injury.

The only players remaining from the 2014 World Cup; Neymar Jr, Dani Alves, and Thiago Silva. pic.twitter.com/soUDypOE6q

Brazil’s chances of winning a World Cup are the highest they’ve been since we witnessed that 2006 squad grace the pitches of Germany.

“One day I went to the dressing room to talk about tactics, but when I saw Ronaldo, Ronaldinho, Kaka, Adriano, Roberto Carlos and Cafu in front of me, I told them ‘Go out, play and be yourself. I'll warn you if I make any changes.’” pic.twitter.com/64dM30YN1P

After finishing the qualifiers with no losses, taking the No. 1 spot in the FIFA Ranking and playing with the most in-form attacking front in Qatar, the verde e amarela’s hopes are through the roof.

For Alves in particular, a World Cup win next month would not only increase and complete the number of trophies that make him the most successful player to ever play the game, but it would earn the Brazilian a one-of-a-kind honor as a Liga MX player.

If Brazil are able to lift the trophy next month and Dani Alves gets some minutes on the pitch, the Brazilian would become the first active Liga MX player to play in and win a World Cup.

If all goes well for the pentacampeão, Pumas UNAM will have a World Cup champion.