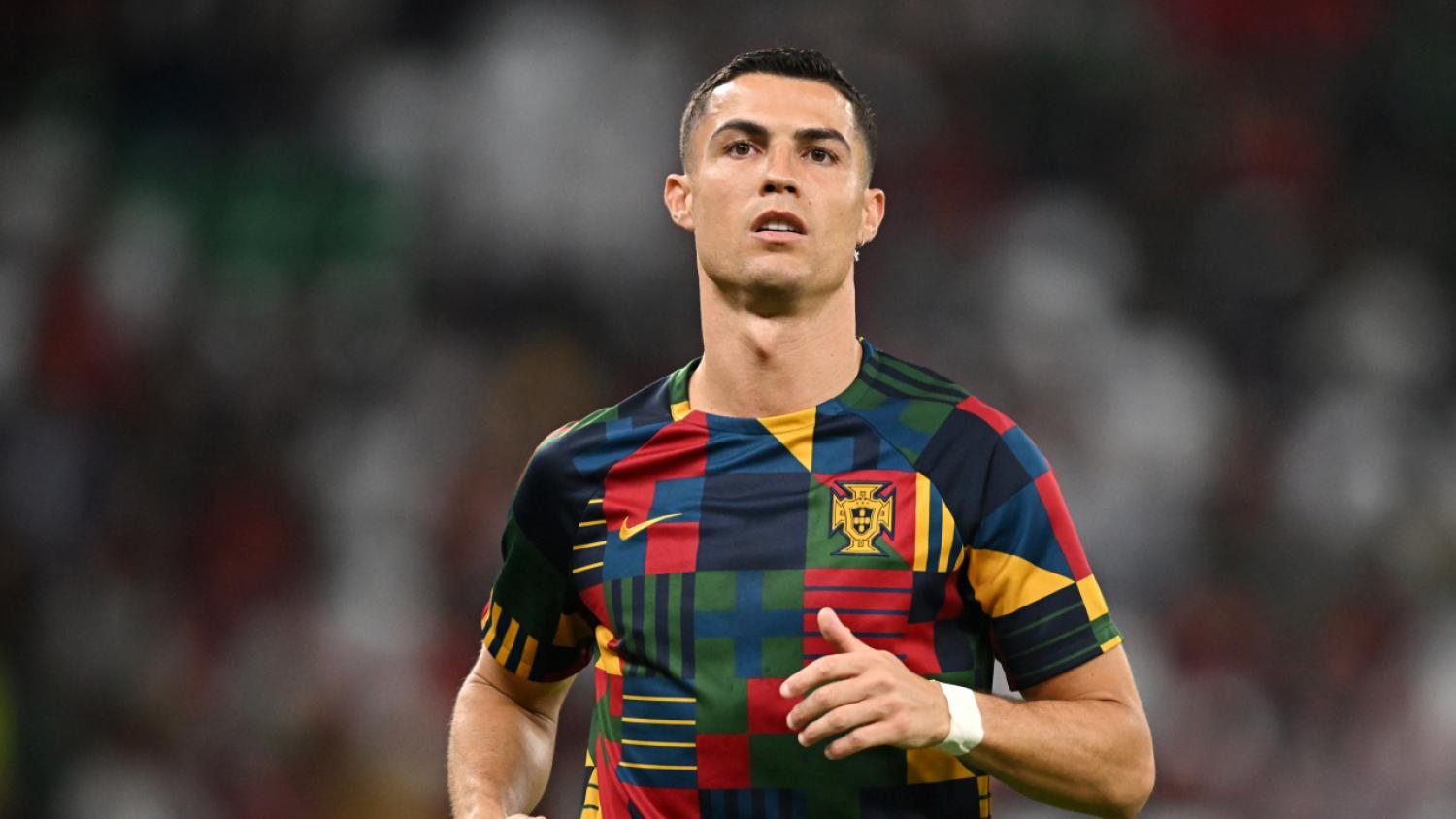 MARCA says a 2.5-year contract has been finalized between Ronaldo and the Saudi club.
Getty Images

AL RAYYAN, Qatar - Speculation regarding the future of Portugal's Cristiano Ronaldo and his outburst following his substitution against South Korea were in sharp focus on Monday ahead of their World Cup last-16 game against Switzerland.

The forward, who left Manchester United by mutual consent last month following a controversial interview, was linked with a potential move to Al Nassr of Saudi Arabia but Portugal coach Fernando Santos said he knew nothing about it.

"I have not spoken to him about this," Santos told a news conference ahead of Tuesday's game against the Swiss. "I don't know about this. It is his decision. I did not even know about this and I heard about this when I arrived here."

Free agent Cristiano Ronaldo will sign a 2.5-year contract with Saudi Arabian side Al Nassr in a deal potentially worth $200M per season, reports @marca pic.twitter.com/GHJeOKdtqf

Ronaldo's future is unclear with several clubs around the world reportedly interested in signing him.

"We are focused on the World Cup. I don't know anything about this other issue," the coach said.

Santos had to continue answering questions about his player, however, including his outburst following his substitution in the final group match against South Korea with Ronaldo having said it was not directed at his coach but triggered by an opponent's comment.

The coach also refused to comment on speculation back home about whether Ronaldo would feature in his lineup against the Swiss on Tuesday or would start on the bench.

"I do not read this type of information. I am focused on my team. We are focusing on training and not paying attention to any polls," Santos said. "What I have always done is focus on the immediate match. I am not worried if information is right or wrong."

For Santos, what is important is Portugal reaching the last eight for the first time since 2006.

"There has been a long hiatus.... what matters is this match. Portugal always have the obligation to win," said Santos, who has been in charge since 2014.

"For us it is good to feel this pressure. We want it and we really want to win. After each game, if you win the game you are closer to being a favorite," he added.