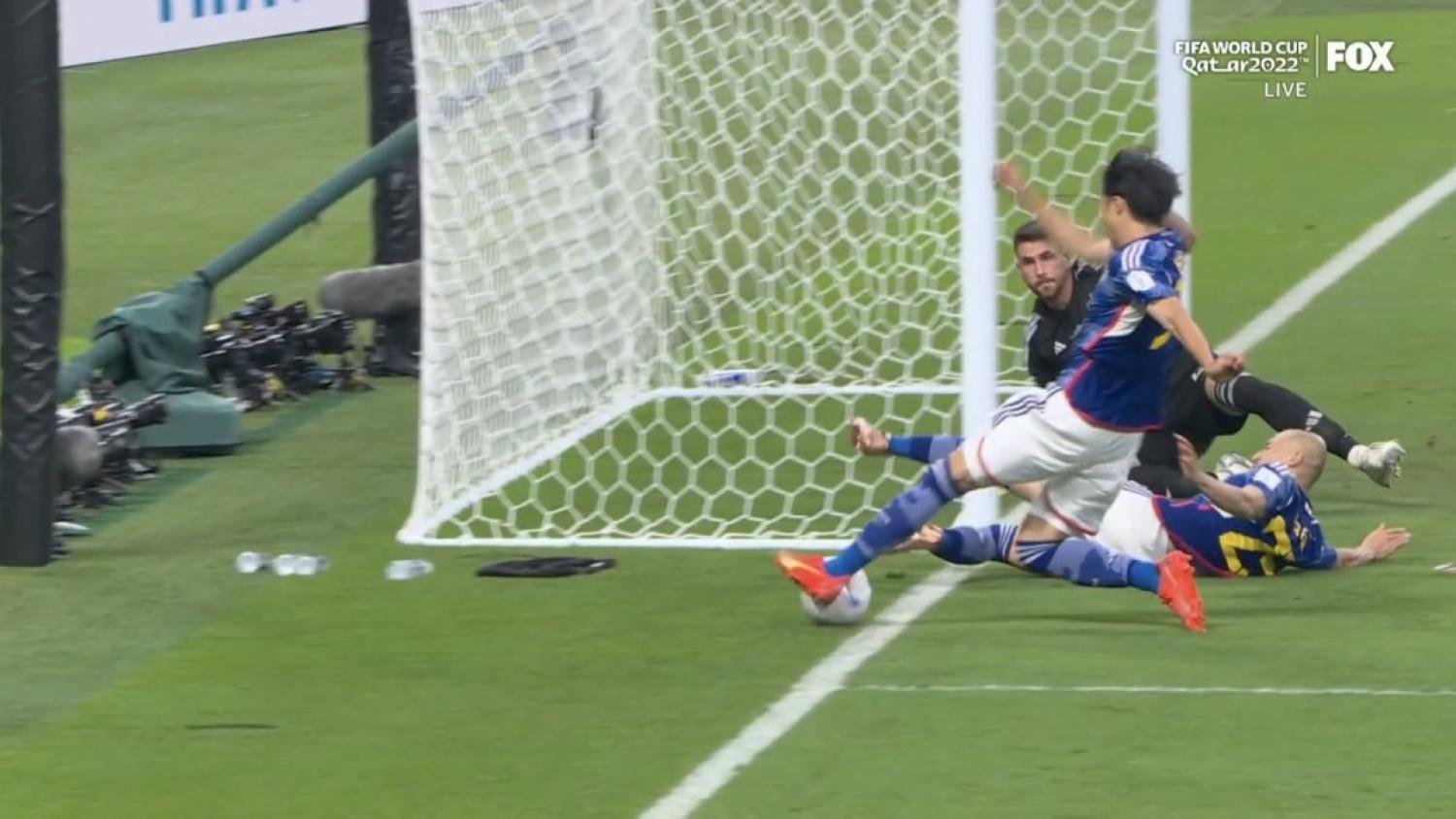 Germany is knocked out in the group stage for a second-straight World Cup.
@FOXSoccer | Twitter

Germany is out of the World Cup after an extremely controversial Japan goal vs Spain on Thursday. Germany defeated Costa Rica 4-2 but were eliminated due to having a lower goal difference than Spain.

Group E we will never forget you. ❤️#FIFAWorldCup | #Qatar2022

If Japan and Spain had tied 1-1 then Germany would’ve advanced on the goals scored tiebreaker. Japan’s game-winning goal from Ao Tanaka in the 51st minute had to be reviewed as initially it looked like the ball had rolled out for a goal kick.

Take another look at the goal that put Japan on top vs Spain ⬇️ pic.twitter.com/kyH3k6Hsn8

The goal that made the difference for Japan pic.twitter.com/WDmJ1QJAdc

VAR determined that the ball was still in play and the goal stood. Was it the right call? Twitter discussed.

I’m assuming the right part of the ball is considered on the line from the above view. Which we haven’t seen

Commentators confused, after watching the first replay, about why the Japan goal stood. A reminder that camera angles can be deceiving.#WorldCup2022 #JPNESP #JPN pic.twitter.com/Ew12D8SzwT

And thus, the bird's eye view is the important angle of the Japan goal.

Ball is in, it seems — barely, by millimeters. pic.twitter.com/pgm9ZURD16

It’s a shame that goal-line technology couldn’t have been used for that goal. Fans pointed out that a view from the top of the ball would have revealed if it was fully over the line or not.

Thursday’s games were absolute chaos with so many swings. At one point it looked like the two European teams would advance as Spain led Japan 1-0 and Germany led Costa Rica 1-0. All hell broke loose in the second half when Japan and Costa Rica took 2-1 leads over their European opponents.

We nearly saw Japan and Costa Rica advance. Germany would fight back to score three unanswered goals and at least get one victory at the 2022 World Cup. In the end it wasn't enough.

That 2014 World Cup triumph looks incredibly distant in the German rearview mirror. Germany has now failed to advance to the knockout stages in two straight World Cups for the first time in history.

The DFB will have some serious head scratching and problem-solving to do in the coming years. Germany will host the Euro 2024 in two very short years.