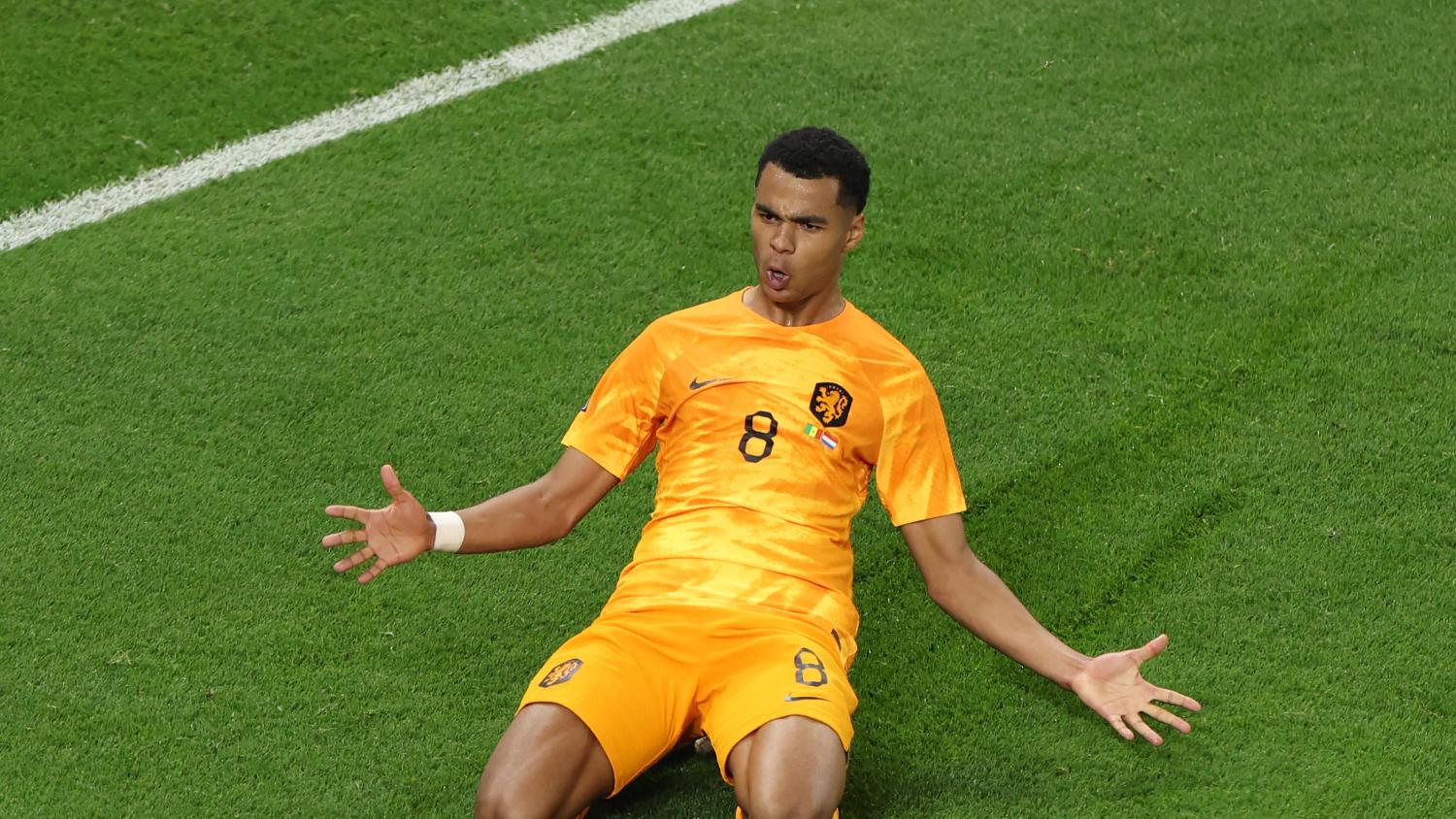 After two goals in two games, could Cody Gakpo have just earned himself a big money transfer?
Getty Images

Cody Gakpo is making quite the name for himself on the world’s biggest stage thanks to a pair of great goals in Holland’s first two matches. He’s continued his incredible club form with the national team and the 23-year-old is showing no signs of stopping.

Cody Gakpo gets things started for the Netherlands pic.twitter.com/rV8MmgCgQo

Just over five minutes into the Netherlands’ second group stage match, Cody Gakpo unleashed an unstoppable strike from outside the area to score the fastest goal of the World Cup so far. Ecuador keeper Hernán Galíndez stood no chance as the shot beat him to his near post, giving the Dutch the lead.

What a strike by Cody Gakpo ⚽️ pic.twitter.com/kRZ5FjFM2b

The PSV winger scored the winner in their last match as well. Getting onto a cross with a brave run, his finish proved decisive as Holland went on to win 2-0.

Cody Gakpo has 13 goals and 17 assists for PSV this season.

Now he’s putting in work on the world stage pic.twitter.com/PDmGReBPUp

Gakpo’s club form has been absolutely sublime, with 13 goals and 17 assists this season. His current market value is $48 million, and as we’ve seen before with talented youngsters who make the World Cup their own, that number is about to go up. A product of the PSV youth academy, it would not be a surprise to see him make a move to a bigger club in January.