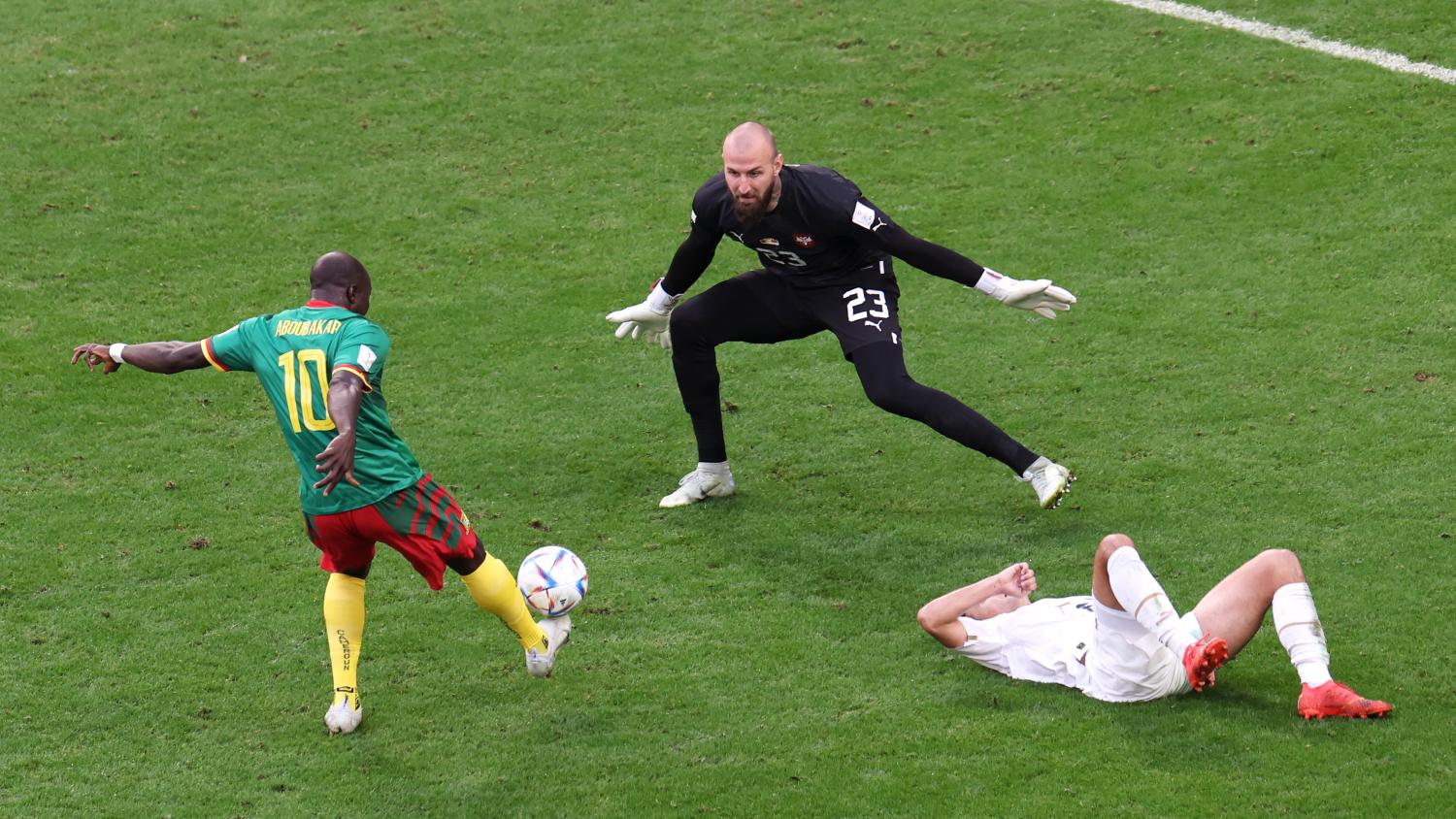 If you slept in, you missed the best game of the tournament so far.
Getty Images

The only thing that makes a spectacular comeback better is when it's started with a stunning goal. Needing a moment to act as the catalyst, to give the Indomitable Lions a kick back into contention, Vincent Aboubakar provided that spark with a silky solo goal to put Cameroon within one against Serbia.

After a VAR check, the goal stands and Cameroon takes one back! pic.twitter.com/2zwCtckDjW

Want another angle? Of course you do.

Still not over this chip by Cameroon's Vincent Aboubakar pic.twitter.com/B5zmONk7ZS

Down 3-1, the former Porto forward found himself on a breakaway with a Serbian defender in hot pursuit. With ice in his veins, Aboubakar faked an initial shot, sending Miloš Veljković sliding to the shops, before scooping his shot high above Serbian keeper Vanja Milinković-Savić and into the net.

The audacity to attempt that shot is staggering, especially at the World Cup, proving that Aboubakar is simply that guy. He’s him. For Cameroon, he was the jolt they needed as his goal brought the score within one, just 150 seconds before Eric Choupo-Moting added another goal to make the score 3-3.

THIS GAME IS TIED

Serbia had looked in control, especially after scoring their third goal with a mesmerizing passing sequence, but defensively they were let down by two mistakes as they utilized their high line.

Cameroon managed to get the draw despite a pregame scandal involving star goalkeeper André Onana being sent home early from their tournament. With one game remaining against the highly favored Brazilians, the knockout round looks to be out of reach, but if this tournament has taught us anything, it's that anything can happen.