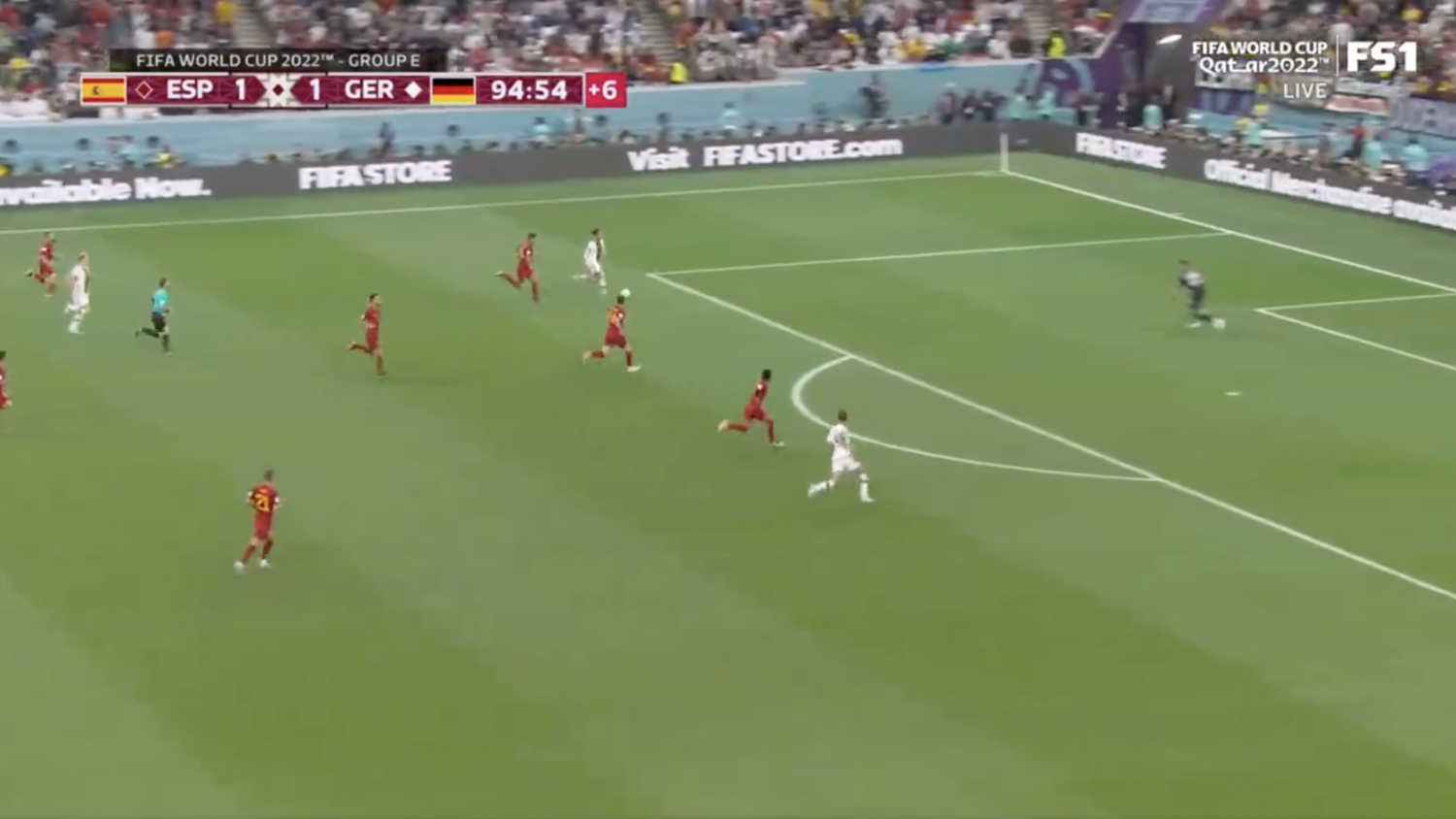 Germany still has a chance to advance out of the group stage, however it will be an uphill battle as the 2014 World Cup champions tied Spain 1-1 on Sunday. German fans will be disappointed not to come away the three points as their team botched several big chances.

In the final moments of the game Leroy Sané broke free toward Spain’s goal. In the middle he had Niclas Füllkrug as an option or he could shoot. Instead, he did this.

This entire sequence was WILD

Germany almost snags a winner in the final minute pic.twitter.com/PPeXgg9Uts

A goal at the end for Germany would have set up an amazing final matchday with all four teams — Germany, Spain, Japan and Costa Rica — tied at three points.

Germany and Spain did provide fans with a very entertaining match up.

In the opening minutes Spain nearly scored the opener had it not been for an excellent save from Manuel Neuer.

How did this not go in for Spain?!

Antonio Rüdiger thought he’d scored in the 39th minute but his headed goal was called back for offside after a VAR review.

After a VAR check, Antonio Rüdiger's goal does not count for Germany pic.twitter.com/TSCfSmBbdM

Germany came out swinging in the second half and this time it was Spanish goalkeeper Unai Simón who needed to make a difficult save.

Unai Simón with the SAVE

Despite Germany’s momentum, Álvaro Morata would come off the bench and score for a second-straight game. In the 62nd minute he connected with Jordi Alba’s cross to give Spain the lead.

In the 73rd minute there was another instance where Germany didn’t take advantage of Füllkrug open in the middle. Jamal Musiala was in on goal with the goalkeeper to beat and a wide open Füllkrug to his left. Instead of squaring it he shot it right at Unai Simón.

Germany avoided the loss with none other than Füllkrug getting the goal in the 83rd minute.

Germany finds the equalizer in the 83rd minute pic.twitter.com/8CFN6DcYUJ

The draw gives Germany some hope of advancing out of the group with the last game being against Costa Rica on Thursday. Germany would need a victory against Costa Rica and Spain to defeat Japan in order to advance to the knockout stage.

Spain are on of Group E. Which two sides will advance?#FIFAWorldCup | #Qatar2022